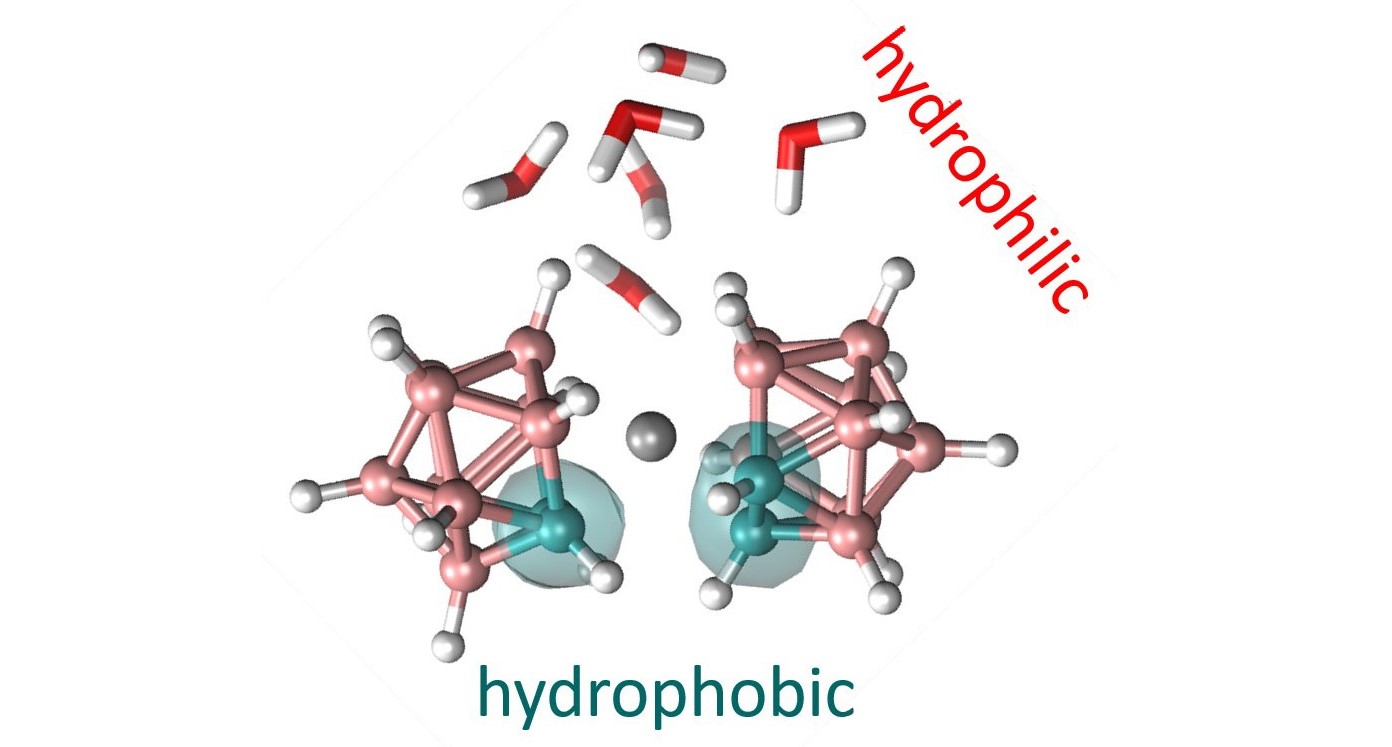 Cobaltabisdicarbollide  (COSAN) anions have an unexpectedly rich self‐assembly behavior, being able to lead to vesicles and micelles without having a classical surfactant molecular architecture. New terms such as theta‐shaped amphiphile, stealth amphiphile or intrinsic amphiphile have been coined to describe this molecule and new driving forces such as the “chaotropic effect” were invoked to understand its novel features. A key aspect in these interpretations of COSAN behavior is the assumption that the most stable form of these ions is the transoid rotamer which lacks a “hydrophilic head” and a “hydrophobic tail”. Using implicit solvent DFT calculations here we show that in water, the cisoid rotamer (which has a polar and an apolar region) is the most stable form of COSAN. Our MD simulations in water show that this cisoid rotamer has a well‐defined hydrophilic polar “head” and a hydrophobic apolar “tail”. In addition, our simulations show that the properties of this rotamer in water (interfacial affinity, micellization) match with those expected for a classical surfactant. Therefore, we conclude that the experimental results for the COSAN ions can be now understood in terms of its amphiphilic molecular architecture.