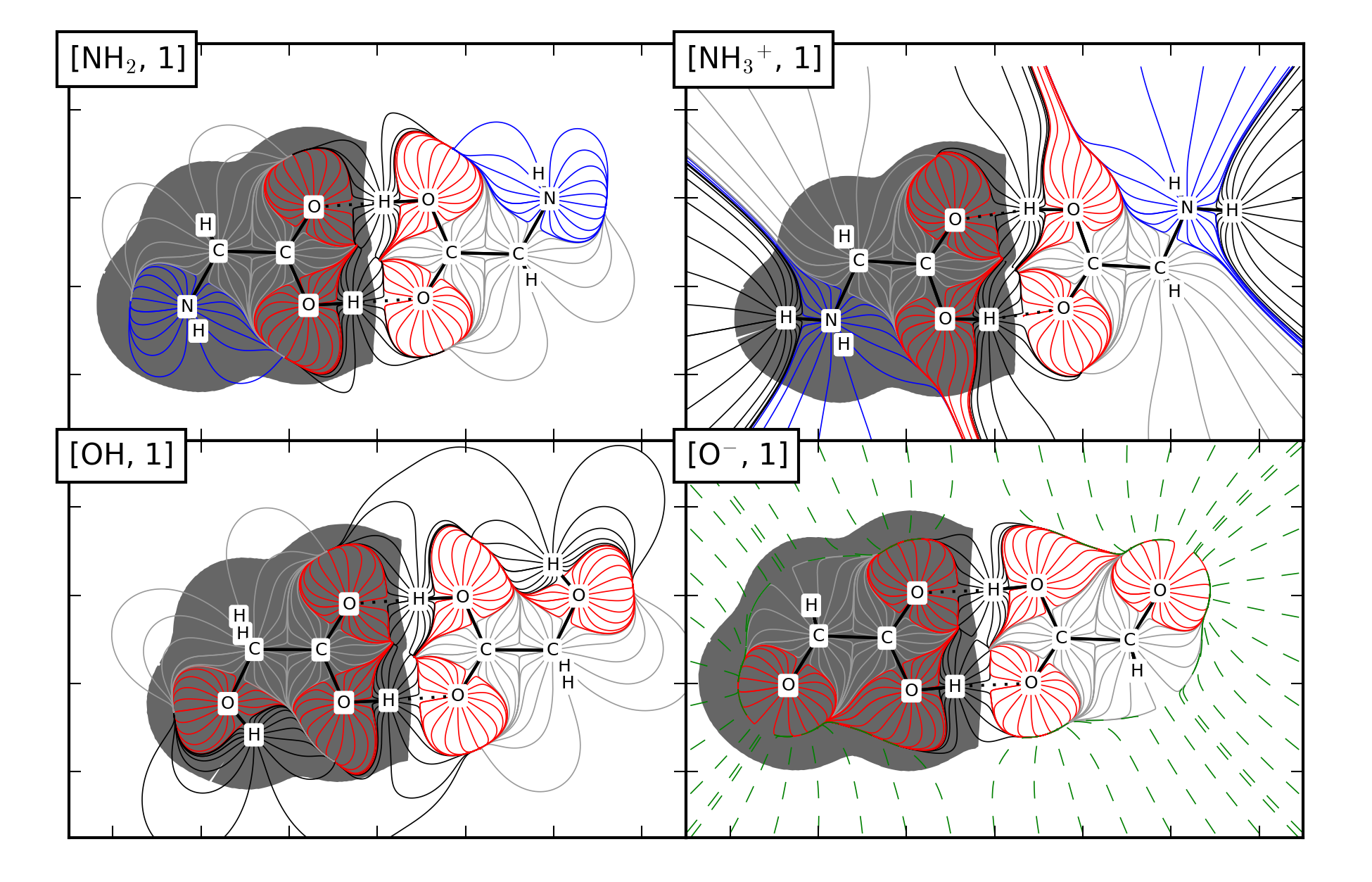 Charged versus Neutral Hydrogen-Bonded Complexes: Is There a Difference in the Nature of the Hydrogen Bonds?

Charged versus Neutral Hydrogen-Bonded Complexes: Is There a Difference in the Nature of the Hydrogen Bonds?

A theoretical study on some carboxylic acid dimers formed by positively or negatively charged molecules has been carried out by using DFT methods. The resulting dimers possess either a charge of +2 or −2. In addition, the corresponding neutral complexes have also been considered. The electron density distribution described by the atoms in molecules and the natural bond orbital methods, as well as the electric field maps of the systems, have been analyzed and compared without finding significant differences between the neutral and ionic complexes. The interaction energy along the dissociation path of the charged dimers shows both a local minimum and a local maximum, defining a stability region between them. When this energetic profile is recalculated by removing the repulsion between the charged groups, it resembles to those of the neutral molecules. Hence, the characteristics of the charged dimers are similar to those of the neutral ones: the addition of a repulsion term for the charged groups permits to retrieve the energetic profiles dependence with the distance in the charged system. The interacting quantum atom (IQA) method has been used to calculate the interaction energy terms, including the classic Coulombic term between the whole molecules and the corresponding of the carboxylic acid groups. The IQA results show repulsive electrostatic interactions when the whole molecules are considered in the ionic complexes, but attractive ones between the carboxylic groups in both neutral and ionic complexes.