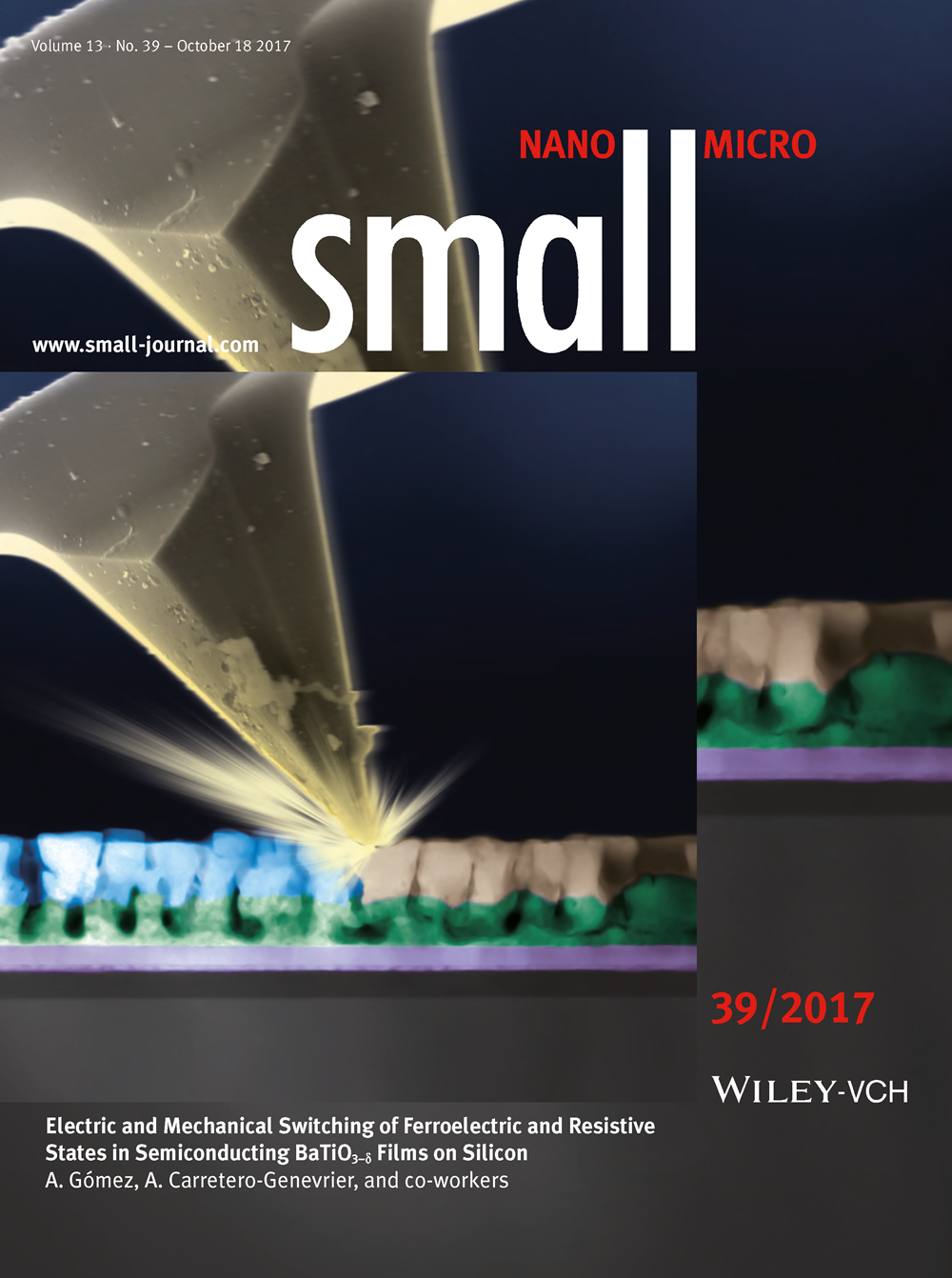 Materials that can couple electrical and mechanical properties constitute a key element of smart actuators, energy harvesters, or many sensing devices. Within this class, functional oxides display specific mesoscale responses which often result in great sensitivity to small external stimuli. Here, a novel combination of molecular beam epitaxy and a water-based chemical-solution method is used for the design of mechanically controlled multilevel device integrated on silicon. In particular, the possibility of adding extra functionalities to a ferroelectric oxide heterostructure by n-doping and nanostructuring a BaTiO3 thin film on Si(001) is explored. It is found that the ferroelectric polarization can be reversed, and resistive switching can be measured, upon a mechanical load in epitaxial BaTiO3−δ/La0.7Sr0.3MnO3/SrTiO3/Si columnar nanostructures. A flexoelectric effect is found, stemming from substantial strain gradients that can be created with moderate loads. Simultaneously, mechanical effects on the local conductivity can be used to modulate a nonvolatile resistive state of the BaTiO3−δ heterostructure. As a result, three different configurations of the system become accessible on top of the usual voltage reversal of polarization and resistive states.