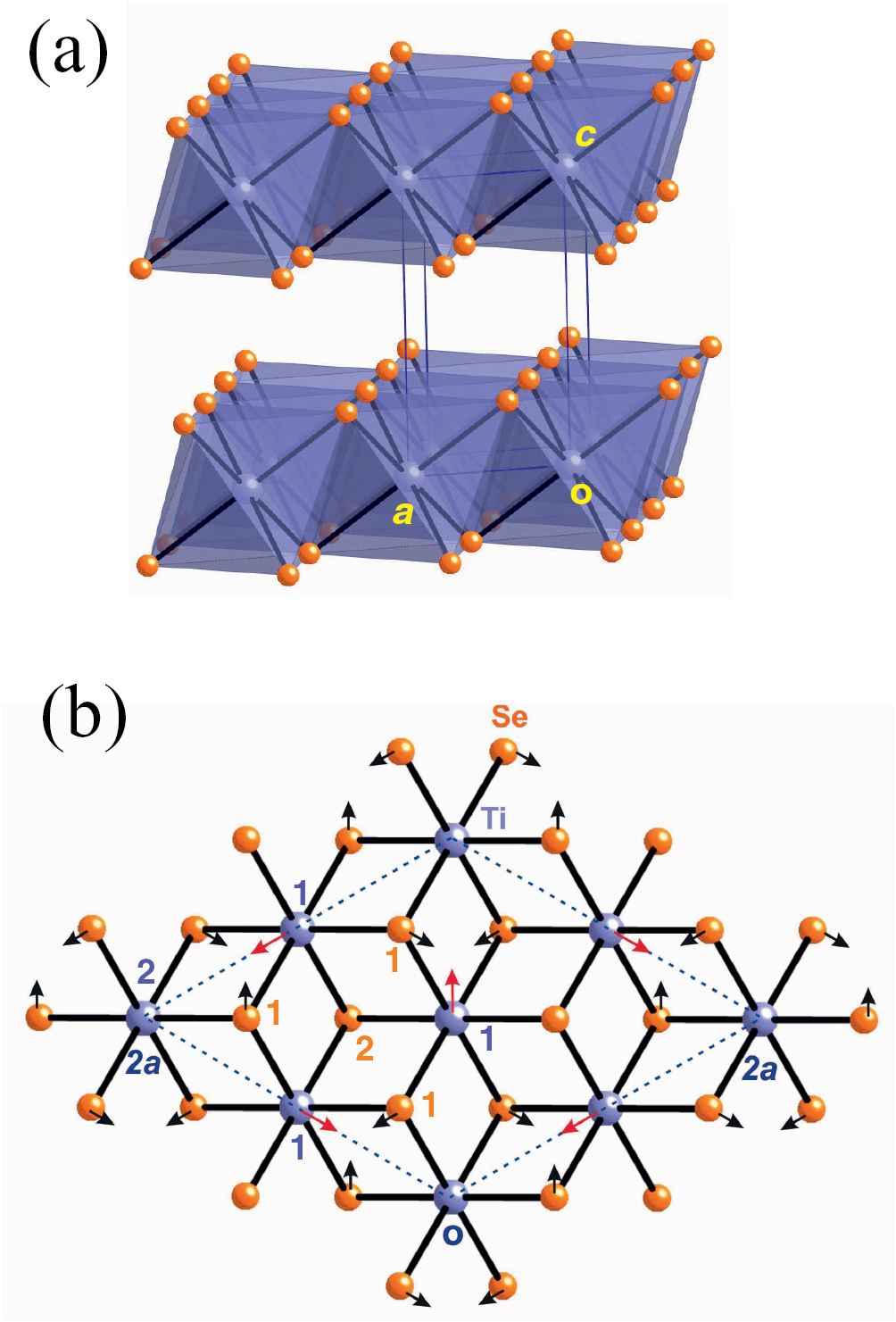 We present a density functional theory study of the electronic structure of single-layer TiSe2, and focus on the charge density wave (CDW) instability present on this 2D material. We explain the

periodicity of the CDW from the phonon band structure of the undistorted crystal, which is unstable under one of the phonon modes at the M point. This can be understood in terms of a partial band gap opening at the Fermi level, which we describe on the basis of the symmetry of the involved crystal orbitals, leading to an energy gain upon the displacement of the atoms following the phonon mode in a 2  ×  1 structure. Furthermore, the combination of the corresponding phonons for the three inequivalent M points of the Brillouin zone leads to the 2  ×  2 distortion characteristic of the CDW state. This leads to a further opening of a full gap, which reduces the energy of the 2  ×  2 structure compared to the 2  ×  1 one of a single M point phonon, and makes the CDW structure the most stable one. We also analyze the effect of charge injection into the layer on the structural instability. We predict that the 2  ×  2 structure only survives for a certain range of doping levels, both for electrons and for holes, as doping reduces the energy gain due to the gap opening. We predict the transition from the commensurate 2  ×  2 distortion to an incommensurate one with increasing wavelength upon increasing the doping level, followed by the appearance of the undistorted 1  ×  1 structure for larger carrier concentrations.