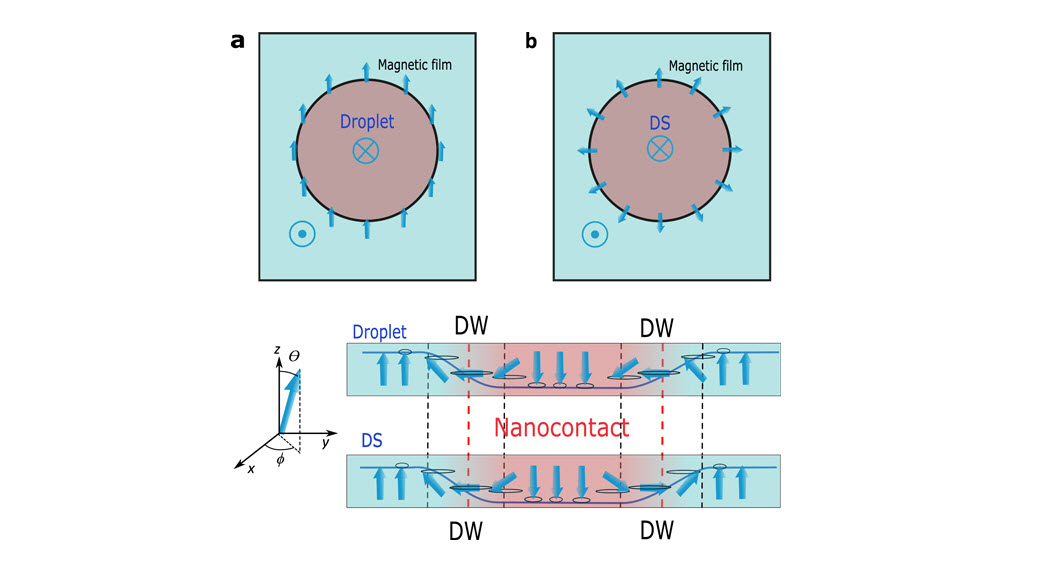 Generation and stability of dynamical skyrmions and droplet solitons

Generation and stability of dynamical skyrmions and droplet solitons

A spin-polarized current in a nanocontact to a magnetic film can create collective magnetic oscillations by compensating the magnetic damping. In particular, in materials with uniaxial magnetic anisotropy, droplet solitons have been observed—a self-localized excitation consisting of partially reversed magnetization that precesses coherently in the nanocontact region. It is also possible to generate topological droplet solitons, known as dynamical skyrmions (DSs). Here, we show that spin-polarized current thresholds for DS creation depend not only on the material's parameters but also on the initial magnetization state and the rise time of the spin-polarized current. We study the conditions that promote either droplet or DS formation and describe their stability in magnetic films without Dzyaloshinskii–Moriya interactions. The Oersted fields from the applied current, the initial magnetization state, and the rise time of the injected current can determine whether a droplet or a DS forms. DSs are found to be more stable than droplets. We also discuss electrical characteristics that can be used to distinguish these magnetic objects.