On 9-10 June 2018, ICMAB participated at the 12th edition of the Barcelona Science Festival with lots of activities. The festival counted with more than 230 activities in 33 different spaces distributed along the Ciutadella Park. 160 institutions (research centers, entities, associations, universities, individuals) participated in the event, organized by BCNCiència (Institut de Culgura de l'Ajuntament de Barcelona), and more than 20,000 attendees joined the festival during the weekend.

We would like to highlight the good collaboration between the ICMAB and other research centers and organizations, who together created the "Feynman zone" at the Barcelona Science Festival. The IMB-CNM-CSIC, the IFAE, the ICN2, the CCiTUB, NanoEduca, the SCN2 and EspaiNANO (ACCC) were the ones in charge of the activities of this space during all Sunday, 10 June 2018. The day started with a visit to the IMB-CNM clean room and microelectronics contest, it continued with a NanoChallenge from ICN2, CCiTUB and NanoEduca, and was followed by the IFAE to recreate the origin of the univers with Lego.

After that, the ICMAB brought the photonic contest, and then EspaiNANO organized a cycle of four talks around nanotechnology and a final talk on the film "Fantastic Voyage" and nanomedicine, in which we participated. During all the day, the SCN2 organized a citizen science experiment about the impact of nanotechnology. From here we would like to thank the organizers of the festival, BCNCiència, for counting on us, and the other partners of this "Feynman zone". Moreover, thanks to the ICN2 and the SCN2 we had two real-size Feynman figures and a photocall!

The ICMAB participated on Saturday with the microtalk by Prof. Jordi Rius on crystallography "DESXIFRANT L’ESTRUCTURA CRISTAL·LINA DE NOUS MINERALS", which offered a glimpse at his research in X-ray diffraction and other advanced techniques for determination of crystalline structures. On Sunday, Dr. Ashley Black participated with a microtalk about batteries "MÉS ENLLÀ DE LES BATERIES IÓ-LITI", in which he explained how to batteries work, and his research at ICMAB to improve the current Li-ion batteries using other materials.

In the morning, Martí Gibert participated in a nanotechnology debate around how does nano affects our everyday life "NANOTECNOLOGIA EN EL NOSTRE DIA A DIA: COM ENS AFECTA?". After lunch, he and Dr. Juan Luís García organized the photonics contest "QUÈ EN SAPS DE FOTÒNICA?" to see what people knew about photonics, and what could they learn. By the way: we already have the winners! Finally, Javier Repetto participated in the "Fantastic Voyage" and nanomedicine talk "ESPAI NANO AMB FEYNMAN – “FANTASTIC VOYAGE”: MITES I ENCERTS" with Claudi Mans, from the UB.

All in all, a very nice sunny and active day! All this would not have been possible without the participation and collaboration of all you! Thank you! 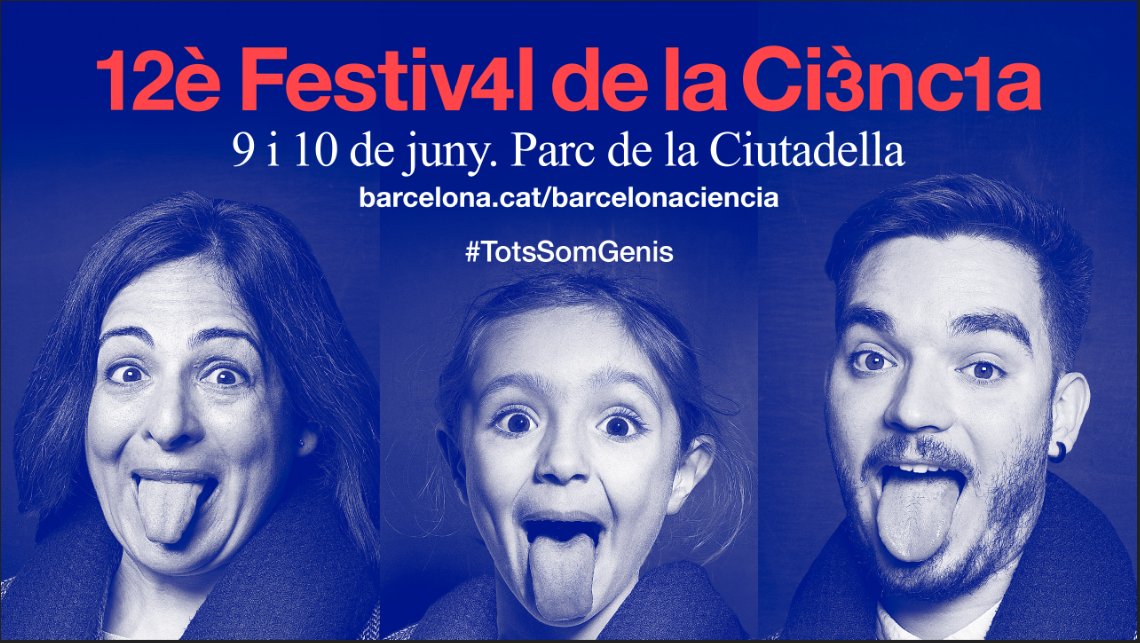