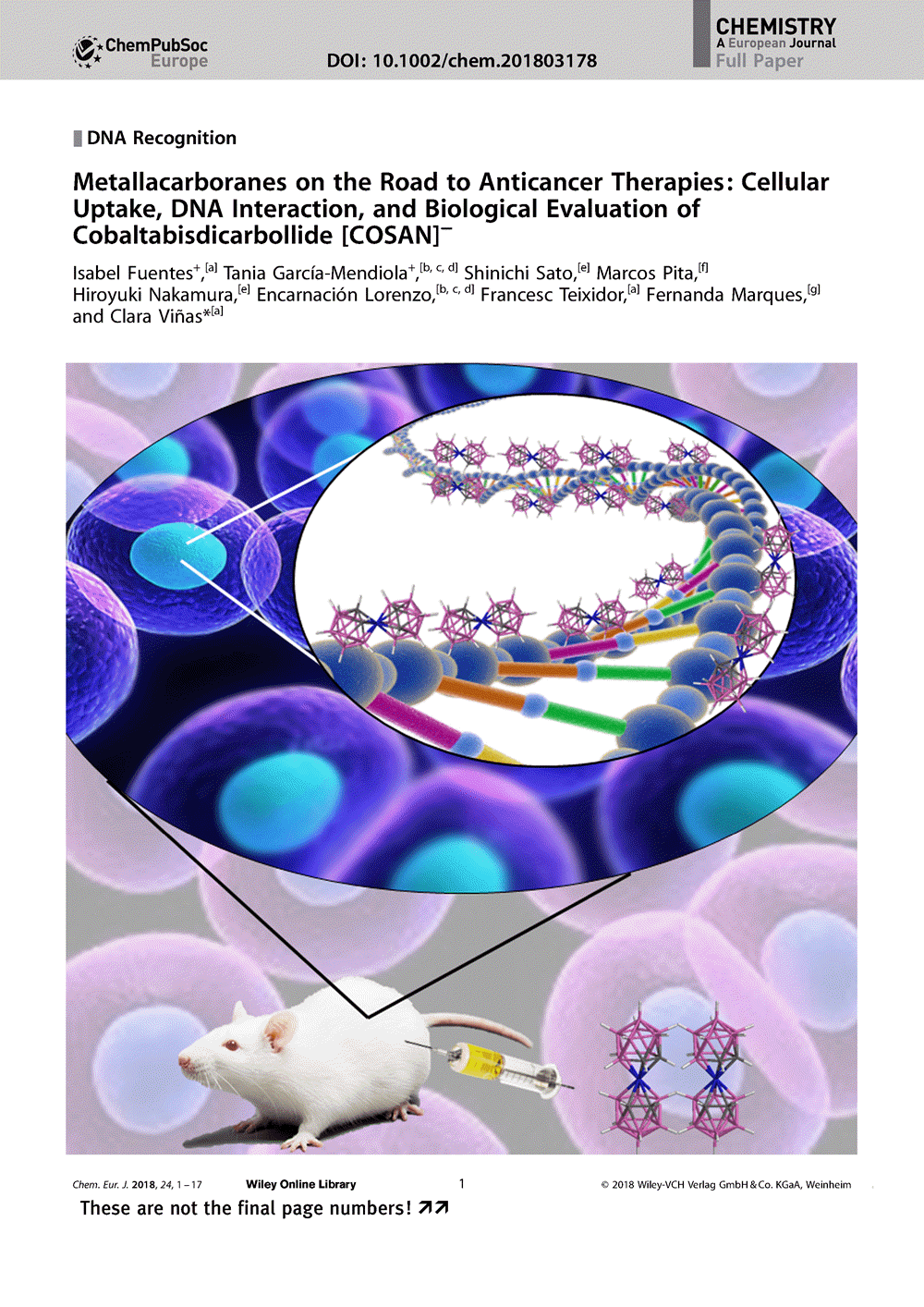 After uptake by U87 MG and A375 cancer cells, cobaltabisdicarbollide [COSAN]−distributes between membrane and nucleus and presents no relevant cytotoxicity against both cell lines even for long incubation times. The cytotoxicity of Na[COSAN] was also tested towards one normal cell line, the V79 fibroblasts, in order to ascertain the noncytotoxic profile of the compound. As the cell's nucleus contains DNA, the interaction between [COSAN]− and double‐stranded calf thymus DNA (CT‐dsDNA) has been investigated. There is a strong interaction between both molecules forming a nanohybrid CT‐dsDNA‐[COSAN] biomaterial, which was fully characterized. Moreover, Na[COSAN] shows characteristic redox peaks ascribed to the oxidation/reduction of Co3+/2+ at a formal potential of −1.444 V and it can be accumulated at a surface‐immobilized DNA layer of glassy carbon electrodes. The equilibrium surface‐binding constants (Kox/Kred), which confirm that [COSAN]− interacts with DNA by an intercalative or electrostatic mode, depending on the ionic strength of the solution, were estimated. In addition, high binding affinity of Na[COSAN] to proteins was observed by 11B{1H} NMR and confirmed in vivo. Finally, biodistribution studies of [COSAN]− in normal mice were run. After administration, Na[COSAN] was distributed into many organs but mainly accumulated in the reticuloendothelial system (RES), including liver and spleen. After 1 h, the formation of aggregates by plasma protein interaction plays a role in the biodistribution profile; the aggregates accumulate mostly in the lungs. Na[COSAN], which displays low toxicity and high uptake by relevant cancer cells accumulating boron within the nucleus, could act as a suitable compound for further developments as boron neutron capture therapy (BNCT) agents.