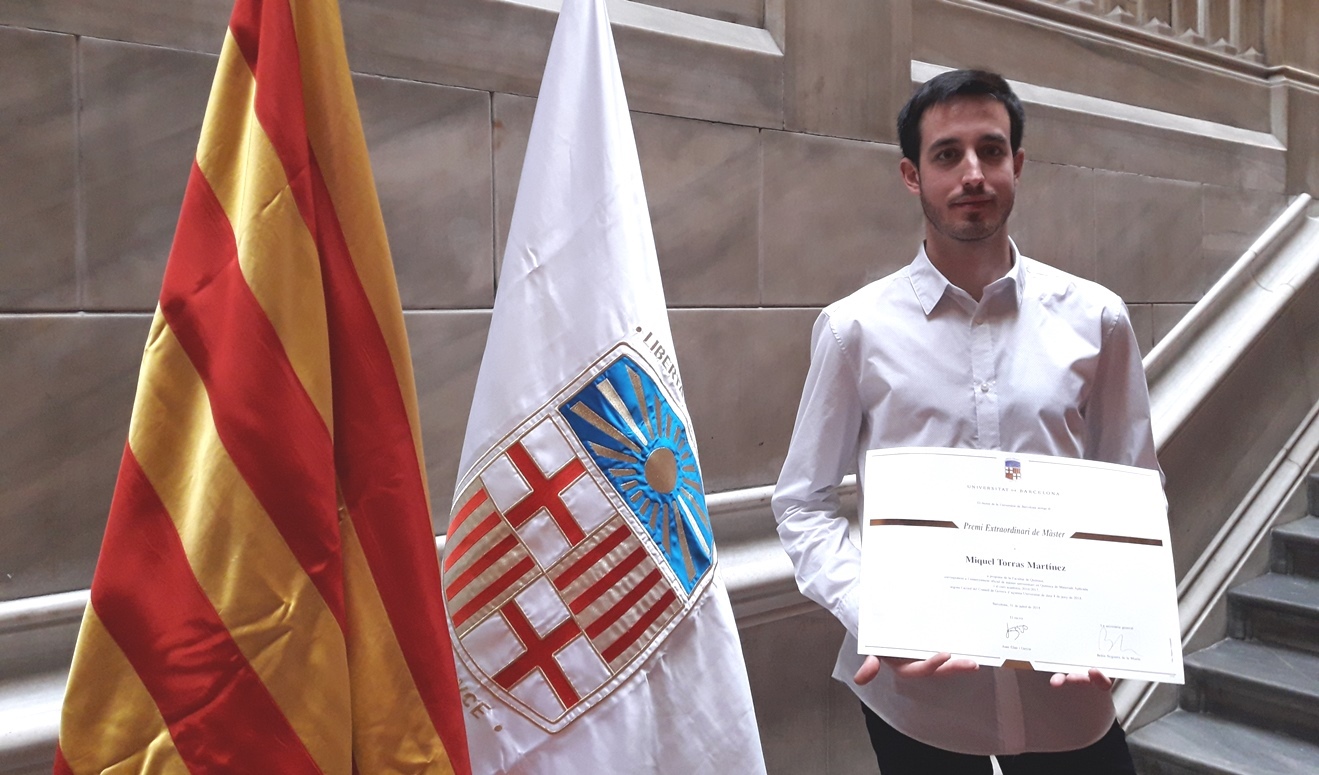 Miquel Torras, PhD fellow at the Nanoparticles and Nanocomposites (NN) group, received on 29 January 2019 the Extraordinary Award for his Master in Applied Materials Chemistry at the University of Barcelona (UB) (2016-2017).

The University of Barcelona awarded, in the same ceremony, the Honorary Doctorate to two distinguished figures of European law: Luigi Ferrajoli, author of the relation between democracy and law, and Luciano Vandelli, first authority on administrative law and territorial organization.

Miquel already received two prizes for his Physics and Chemistry Research Projects, which he did in the same NN group, on 2017.