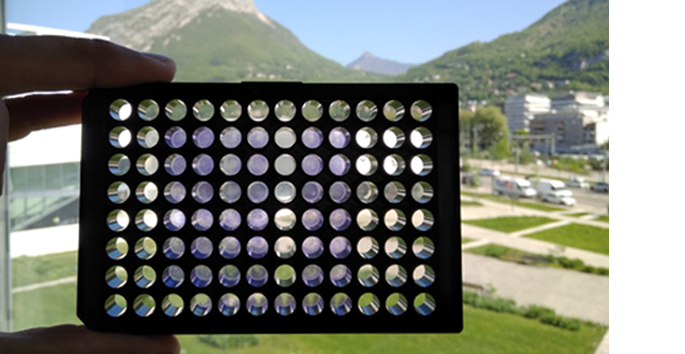 Postdoctoral position at the LMGP Laboratory in Grenoble 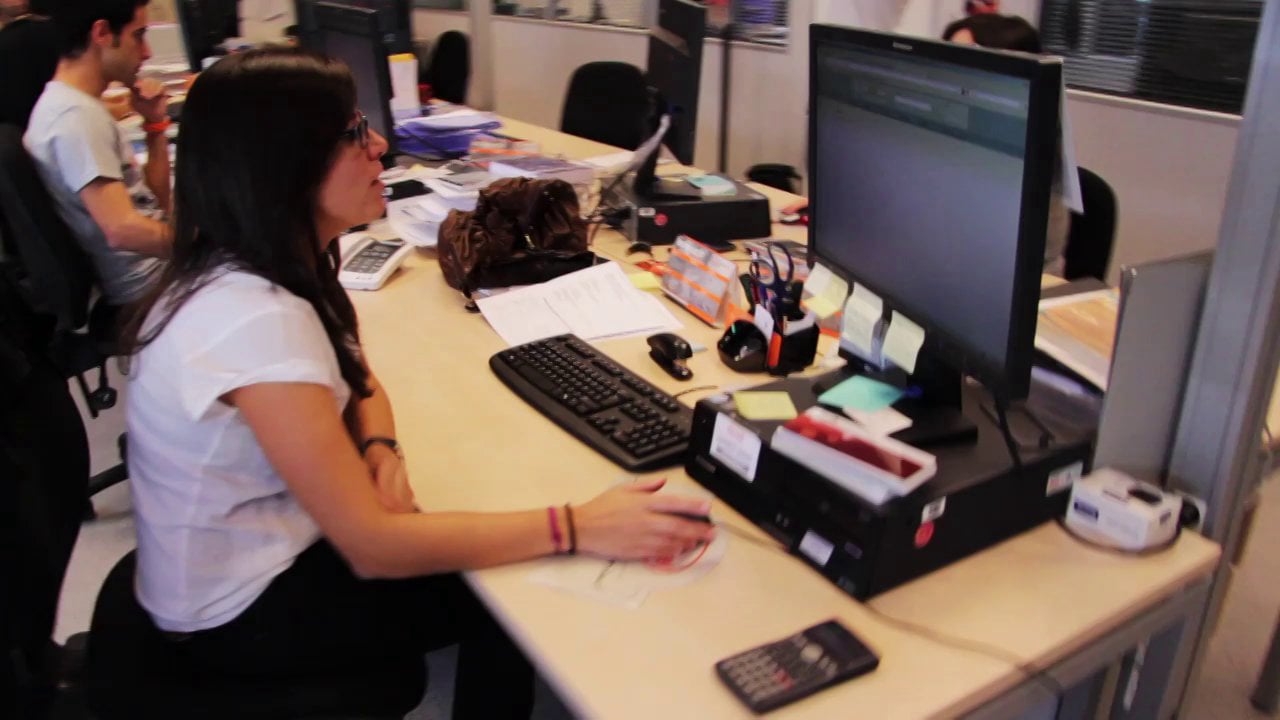 Henkel-UAB is looking for a postdoc in Organic Chemistry or Chemistry of Polymers. The position is to work in a highly dynamic and international team and the programme will offer the opportunity to become acquainted with Henkel's adhesives, sealants and surface technologies through challenging, application-oriented experimental work. In the course of the work, the candidate will be involved in all aspects and stages of the project, from inception to delivery and gather valuable experience in industrial research. Deadline: 31 May 2019.

Brookhaven National Laboratory is looking for a Post-Doctoral Research Associate for the Coherent Soft X-ray Scattering (CSX) beamline. The successful candidate will lead experiments on innovative 2D artificial structures in collaboration with Harvard University and the Center for Functional Nanomaterials at BNL.

Enantia is looking a for a Project Leader for the Department of Solid State Analysis. Enantia is a growing company specialised in R&D Process Chemistry, Solid Form Development, and Medicinal Chemistry.

A Postdoc position in GEMaC lab. in Versailles is offered on "Large surface Atomic Layer Deposition (ALD) of functional perovskite oxides: from growth, characterizations to properties"

Postdoc position in natural photonics and photosynthesis at INL, Braga-Portugal.

The deadline for the next common call is September 30, 2018.

The Leibniz Institute for Solid State and Materials Research Dresden – in short IFW Dresden – wants to establish a new Junior Research Group in the field of applied superconductivity. The particular research focus for this group is open with the exception that it needs to be related to the application of unconventional superconductors (i.e. cuprates, Fe-based superconductors etc.) in any device or system.

Diamond Light Source, the UK’s national synchrotron, is looking for a Principal Beamline Scientist for the Microfocus Spectroscopy beamline at Diamond, I18. The successful candidate would be responsible for a polarised soft X-ray facility dedicated to X-ray magnetic circular and linear dichroism spectroscopy and imaging.

Spin-crossover molecular-based materials for efficient carbon capture and release. The role of anthropogenic CO2 emissions as a major contributor to climate change is nowadays beyond discussion and a proposed way to mitigate these effects in the medium term is to employ carbon capture and sequestration or recycling.

PhD Position in Architectured & Flexible Structure for Building Integrated Photovoltaics in the frame of an IDEX project in Grenoble. Areas: Materials science, physics of semiconductors and opto-electronic devices, physical-chemistry, and engineering.

Business Development and Knowledge and Technology Transfer at IREC

The IREC is looking for a "Head of the area of Business Development and Knowledge and Technology Transfer". Click hereto see the offer.

A position exists, for a Research Assistant/Associate in the Department of Engineering, to work on a project concerning the development of a practical system for generating high magnetic fields using MgB2 Bulk Superconductors. This work forms part of a collaborative project funded by EPSRC between the University, the University of Oxford and Rutherford Appleton Laboratory.

The Norwegian University of Science and Technology offers a Two years Post Doctor position on Theoretical and Computational Modelling. The main task will be to improve the understanding of modified 2D van-der-Waals materials for advanced bio-applications.

RMIT Europe has just opened a positionin Barcelona for a Nano Research Fellow to work on an EU project.

The Role & Your Responsibilities

The Research Fellow will work based at RMIT Europe and the primary focus will be to deliver on RMIT Europe’s objectives under the H2020 project GoNano. This will involve reviewing best practice for responsible research and innovation in the field of nanotechnology and engagement with citizens, industry and professional stakeholders, researchers from RMIT University and collaborators in Europe.

Characteristics:
BCMaterialsis searching for a motivated Predoctoral Researcher for one year (extensible) research and development in Magnetorheological fluids. The research program consists in the synthesis and characterization of magnetic nanoparticles (MNP) for application in magnetic fluids. The first objective of this research will be the development of novel MNP with high magnetization in the nanometric range. The second objective would be the formulation of magnetorheological fluids with great stability and high performance for dampers tuned by magnetic field.

We are looking for an enthusiastic Junior Communication Officer to support the implementation and content managing/creation of the website of the newly created Severo Ochoa - María de Maeztu alliance, supported by the Spanish Ministry of Economy, Industry and Competitiveness. This network aims at increasing the visibility and international recognition of the Severo Ochoa Programme, and of the centers and units distinguished with this label of Excellence.

Outstanding candidates are sought for a unique anticipated experimental postdoctoral opportunity to characterize and understand phase formation in bulk ferromagnetic alloys. The successful candidate possesses a doctorate degree in Physics, Materials Science or a related field and has knowledge of magnetism, metallurgy and nanoscience. It is required that he or she possess expertise in a majority of the following areas: magnetometry, kinetics of phase
transformations, force microscopy, x-ray diffraction, thermal analysis. Experience with facilitybased scattering probes is a plus.

The position is available at the Sensing, Magnetism and Microsystems (http://smm.kaust.edu.sa) group at the King Abdullah University of Science and Technology (KAUST, http://kaust.edu.sa). We conduct research on micro and nano transducers, and our work is driven by applications in fields ranging from multifunctional sensors over energy harvesters and biomedical systems to spintronic devices. Benefiting from the state-of-the art laboratories at KAUST, we are able to exploit the latest fabrication and characterization technologies to push the capabilities and explore new pathways for new devices.

PostDoc position on Electron Microscopy at CNR-IOM (Trieste, Italy) on "Advanced characterisation by electron microscopy of nanostructured materials and heterostructures based on strongly correlated systems".

Offer for a position as the director of UAM technical services

Offer for a position as the director of UAM technical services (www.uam.es/segainvex). Details should be obtained from attached document from the official bulleting of Madrid.

The ISTerre (CNRS & University of Grenoble Alpes) and the Institut Laue-Langevin (ILL, Grenoble, France), jointly invite applications for a three-year PhD programme focusing on the
Structure and dynamics of water in ordinary Portland and low CO2 cements.

Topics: Energetics / chemical-engineering thermodynamics.
Title: Use of the product-design approach for the selection of an optimal working fluid flowing in power and refrigeration cycles
Funding: Grant from the French government.
Possibility to supplement the salary by teaching (only for people speaking French).
Basic salary: 1800  / month (before taxes).
Dates: October 2017 - September 2020.
Place: Team ThermE (thermodynamics and energy), of the LRGP (Laboratory for Reactions and Chemical Engineering)
– University of Lorraine, Nancy, France.
Ph.D. supervisor: Jean-Noël Jaubert, professor.
Head of the team ThermE, co-supervisor of the French working party of thermodynamics of the SFGP (French Chemical Engineering Society), member of the working party of the EFCE (European Federation of Chemical Engineers).
? jean-noel.jaubert@univ-lorraine.fr
 (+33)3.83.17.50.81

The Magnetic Multifunctional Materials team of the Institute of Materials for Electronics and Magnetism – CNR, Parma, Italy has an open postdoctoral  experts in electron microscopy and magnetism. The position regards to participate in the EU H2020 project AMPHIBIAN. AMPHIBIAN project . This project joints  11 international entities, between  research, academics and industries  and the main purpose is to develop and prepare novel ferrite based materials to produce free Rare Earth magnets. General details on the project can be found in http://amphibianproject.eu/).

10 PhD-positions at SwedNess, a new graduate school for neutron scattering in Sweden

The IMPRS, which was founded in 2011, is currently home to more than 50 PhD students from 19 countries who bring backgrounds in physics, chemistry and biology. Supervision and guidance is provided by over 30 PIs who are renowned experts in their fields.

The Paul Scherrer Institute PSI is the largest research centre for natural and engineering sciences within Switzerland. We perform cutting-edge research in the fields of matter and materials, energy and environment and human health. By performing fundamental and applied research, we work on sustainable solutions for major challenges facing society, science and economy. PSI is committed to the training of future generations. Therefore, about one quarter of our staff are post-docs, post-graduates or apprentices. Altogether PSI employs 1900 people.

A Postdoctoral Research Associate is sought to assist Dr Jorge Quintanilla as part of the collaboration "Unconventional Superconductors: New Paradigms for New Materials" on a fixed term until 31 October 2019.

Perimeter Institute offers a dynamic, multi-disciplinary environment with maximum research freedom and opportunity to collaborate within and across fields. Our postdoctoral positions are intended for highly original and intellectually adventurous young theorists. Perimeter offers comprehensive support including a generous research and travel fund, opportunities to invite visiting collaborators, and  help in organizing workshops and conferences. A unique mentoring system gives early-career scientists the feedback and support they need to flourish as independent researchers.

EDGE Fellowships are for experienced researchers of any nationality and residing worldwide, seeking a prestigious career development fellowship based in one of ten of Ireland’s third-level institutes. EDGE aims to form the next generation of thought leaders in ICT and develop their skill set to actively interact, collaborate and engage with industry. EDGE fellows will be researchers who are technically strong in their own discipline and capable of performing high-value, interdisciplinary research. The fellowships will provide researchers with the opportunity to work closely with their choice of academic and industry partners relevant to their research, training and professional career development objectives.

RESEARCH SCIENTIST IN THE AREA OF BATTERIES WITH SOLID ELECTROLYTES

A call for a PostDoc position in electron microscopy has been open at the IOM institute in Trieste, Italy (contact person Regina Ciancio, ciancio@iom.cnr.it).