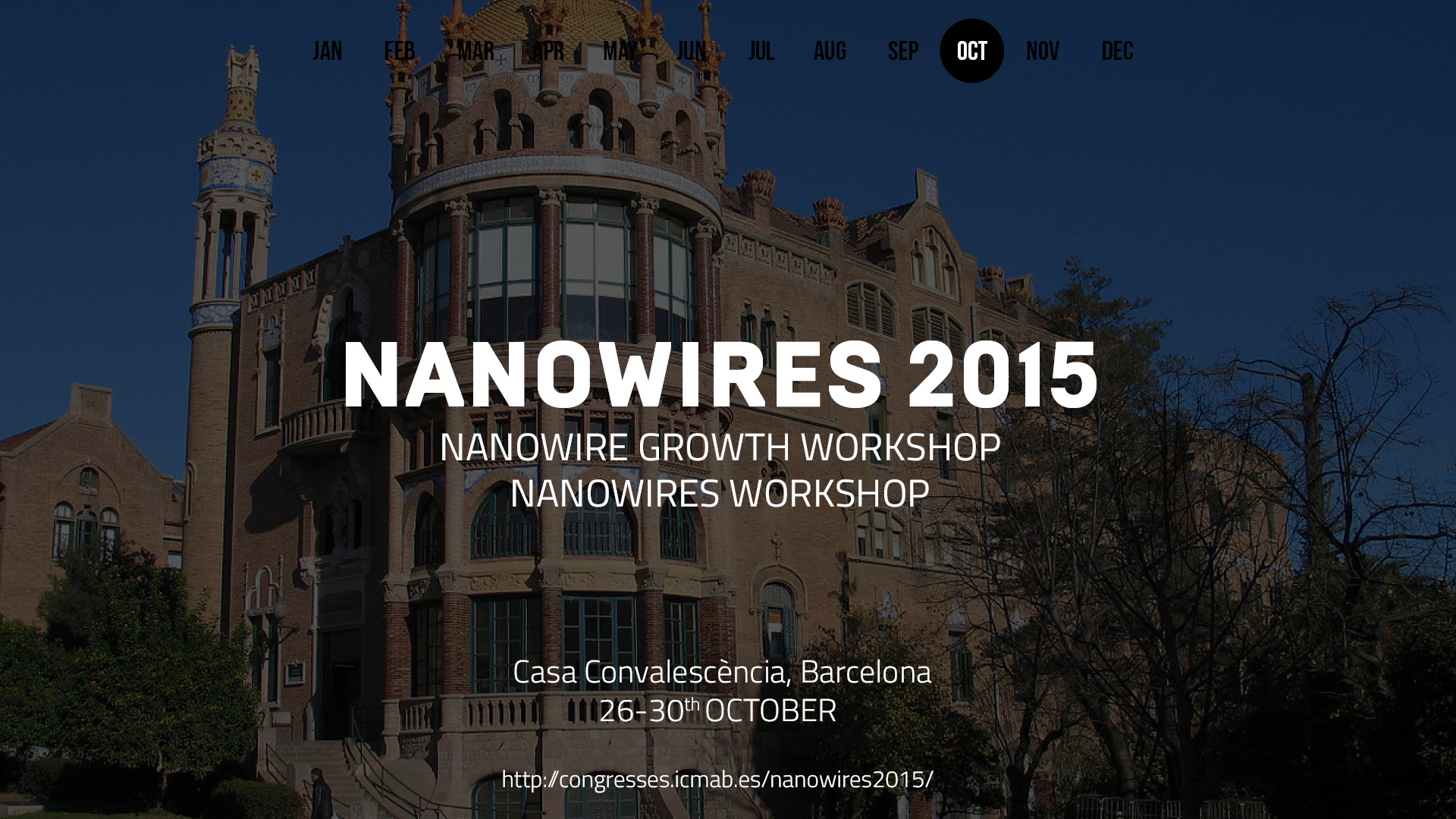 The Nanowire Growth Workshop is intended to provide a forum for lively discussion on the growth of semiconductor nanowires.

This is the seventh in a successful series of annual workshops on the physics, chemistry and applications of nanowires. The series began 2008 in Lyon (France) as a small meeting of 40 participants within the CECAM workshop program. Workshops have since been held in Lausanne (Switzerland 2009), Crete (Greece 2010), Lesvos (Greece 2011), Berlin (Germany 2012), Rehovot (Israel 2013), and Eindhoven (Netherlands 2014).