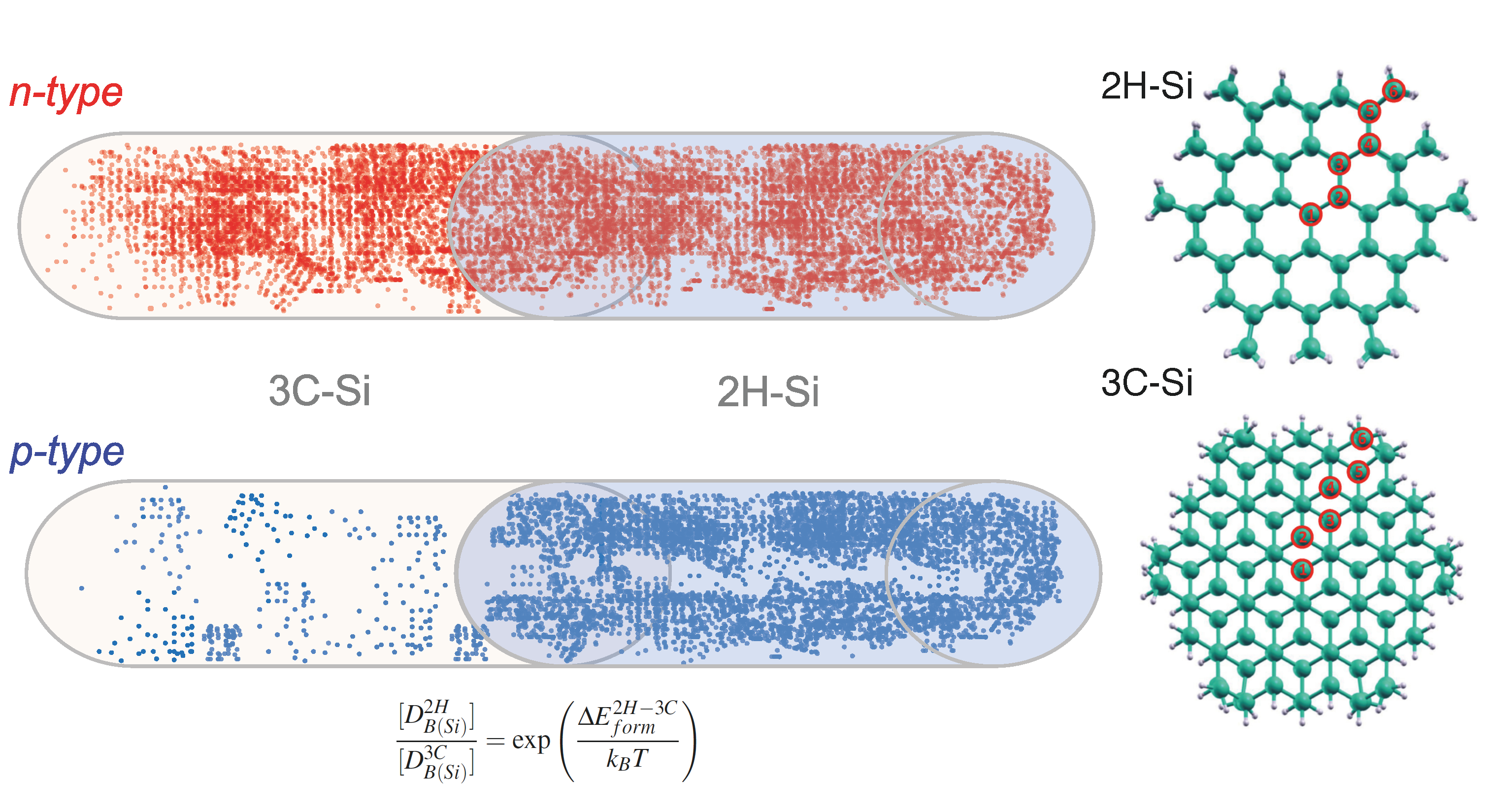 “Crystals” —researchers in condensed matter use to say— “are like people: it is the defects in them which tend to make them interesting!”
This is certainly true in semiconductors, where defects are not only undesired imperfections of the material, but also impurities added on purpose, known as dopants, to tailor certain electronic properties of the crystal, most typically the carrier concentration and thus its electrical conductivity. Controlling the distribution of dopants, and juxtaposing semiconductors with different dopant concentrations lies at the very heart of device design and it is what make a transistor work.

The advent of novel polymorphs of known semiconductors leaves us with an answered question: is the doping mechanism different from the well-known case?

Recently, a couple of groups reported the growth of hexagonal Si. The different crystal ordering of the atoms can lead to novel properties and hexagonal Si, in particular, is believed to have important applications in emerging optoelectronic devices. For these devices to work, however, hexagonal Si must be doped, something that has not be attempted to date.

In this study a team of researchers from the Institut de Ciència de Materials de Barcelona, the Université Paris-Sud, and the Università di Modena e Reggio Emilia has carried out an extensive scrutiny of several common dopants revealing similarities, but also unexpected differences with their behaviour in the cubic polytype, the form of Si that is ubiquitously found in all electronic devices. They showed that an important class of dopants —those that inject holes in the material— are much more easily incorporated in hexagonal than in cubic Si, while dopants that inject electrons are substantially indifferent to the polytype (cubic or hexagonal) of he crystal. This has important consequence in cubic-hexagonal junctions, as different types of dopants will distribute differently across the interface.

These findings shed light on the role of crystal phase in the doping mechanism at the nanoscale and could have a great potential in view of the recent experimental works on group IV polytypes.

Influence of the magnetic field on the stability of the multiferroic conical spin arrangement of M n0.80 C o0.20 W O4