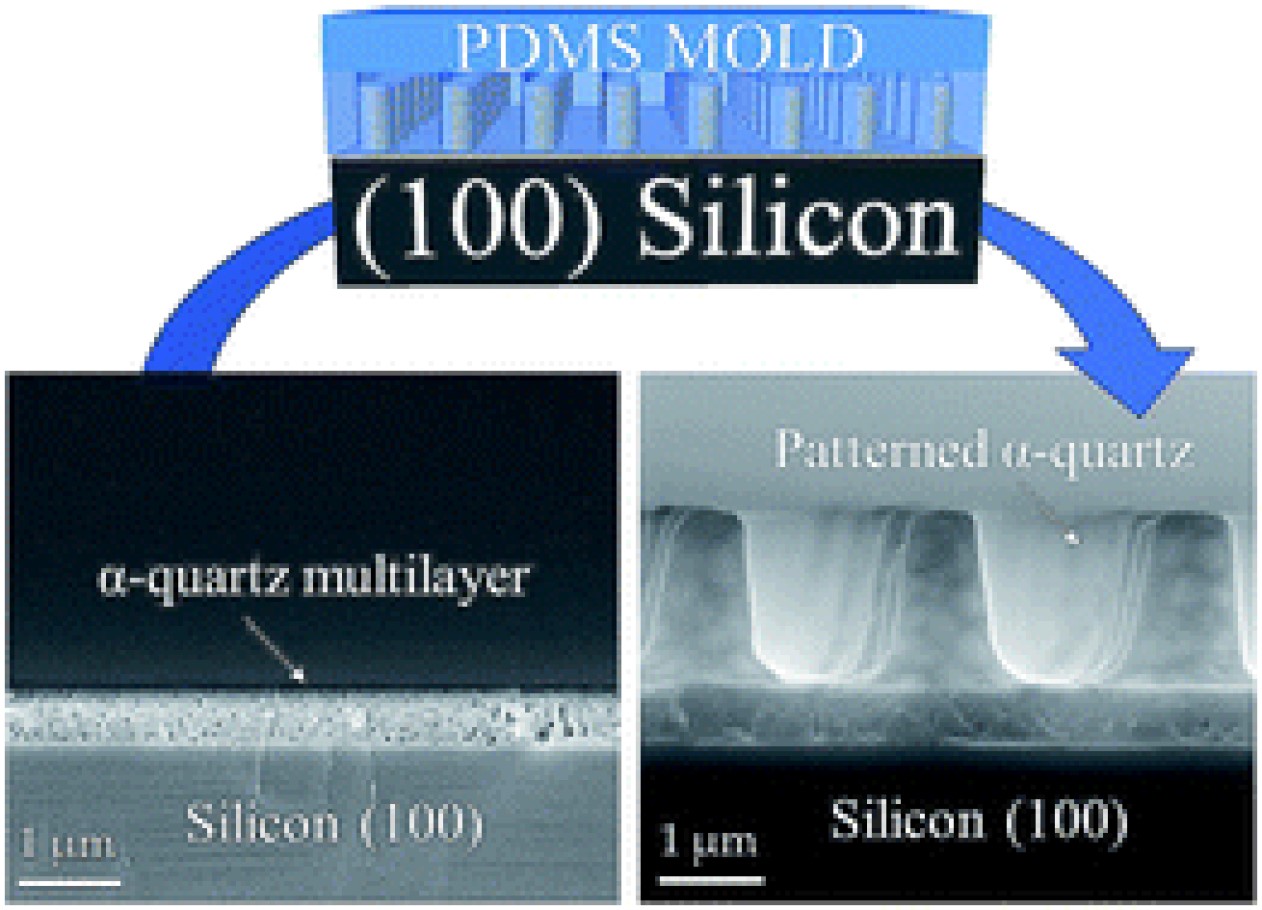 DOI: 10.1039/C9NA00388F
Epitaxial films of piezoelectric α-quartz could enable the fabrication of sensors with unprecedented sensitivity for prospective applications in electronics, biology and medicine. However, the prerequisites are harnessing the crystallization of epitaxial α-quartz and tailoring suitable film microstructures for nanostructuration. Here, we bring new insights into the crystallization of epitaxial α-quartz films on silicon (100) from the devitrification of porous silica and the control of the film microstructures: we show that by increasing the quantity of devitrifying agent (Sr) it is possible to switch from an α-quartz microstructure consisting of a porous flat film to one dominated by larger, fully dense α-quartz crystals. We also found that the film thickness, relative humidity and the nature of the surfactant play an important role in the control of the microstructure and homogeneity of the films. Via a multi-layer deposition method, we have extended the maximum thickness of the α-quartz films from a few hundreds of nm to the μm range. Moreover, we found a convenient method to combine this multilayer approach with soft lithography to pattern silica films while preserving epitaxial crystallization. This improved control over crystallization and the possibility of preparing patterned films of epitaxial α-quartz on Si substrates pave the path to future developments in applications based on electromechanics, optics and optomechanics.