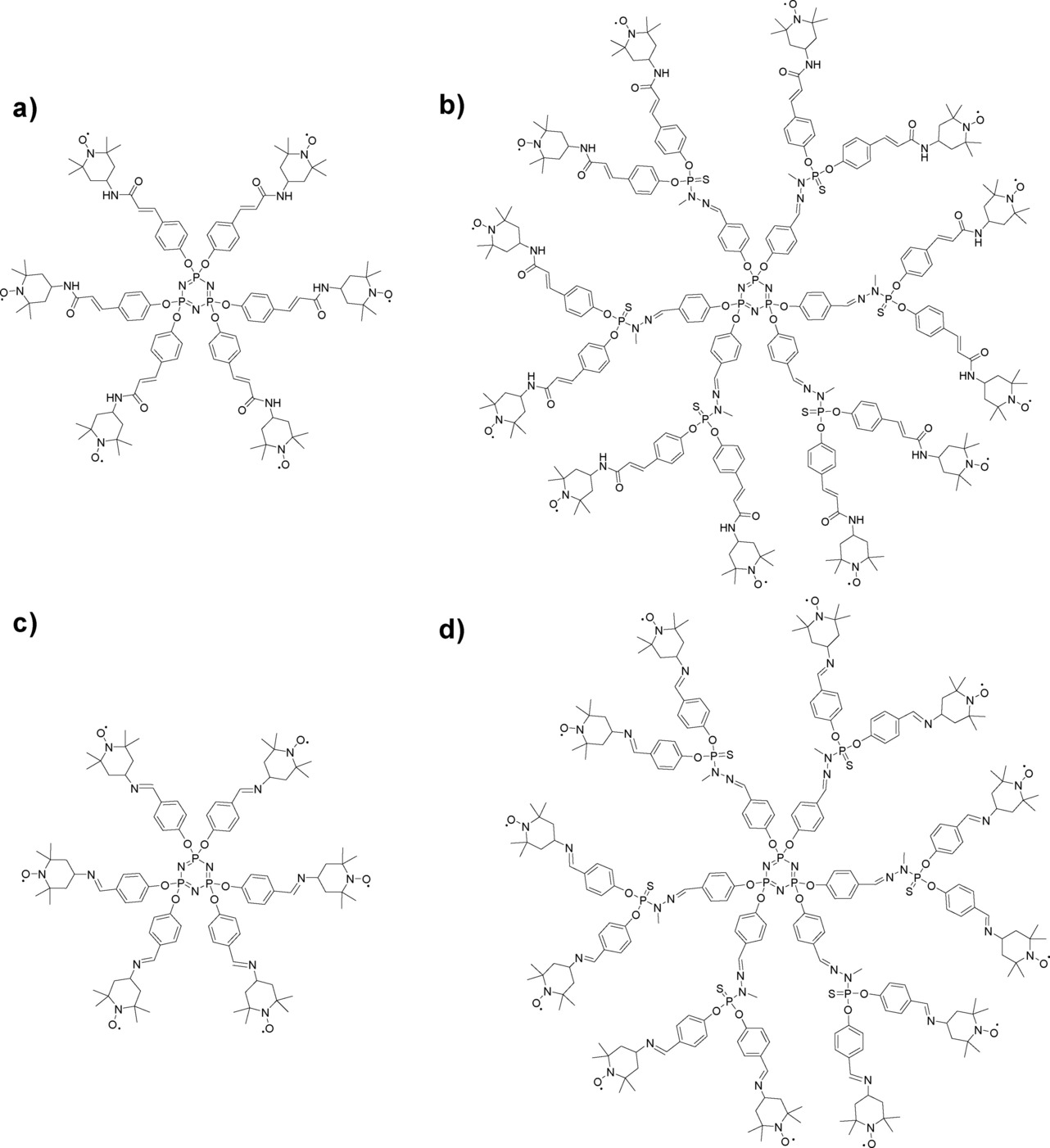 Two generations of polyphosphorhydrazone (PPH) dendrimers were synthesized and fully functionalized with TEMPO radicals via acrylamido or imino group linkers to evaluate the impact of the linker substitution on the radical‐radical interactions. A drastic change in the way that the radicals interacted among them was observed by EPR and CV studies: while radicals in Gn‐imino‐TEMPO dendrimers presented a strong spin‐spin interaction, in the Gn‐acrylamido‐TEMPO ones they acted mainly as independent radicals. This shows that these interactions could be tuned by the solely substitution of the radical linker, opening the perspective of controlling and modulating the extension of these interactions depending on each application. The chemical properties of the linker strongly influence the spin‐spin exchange between pendant radicals.