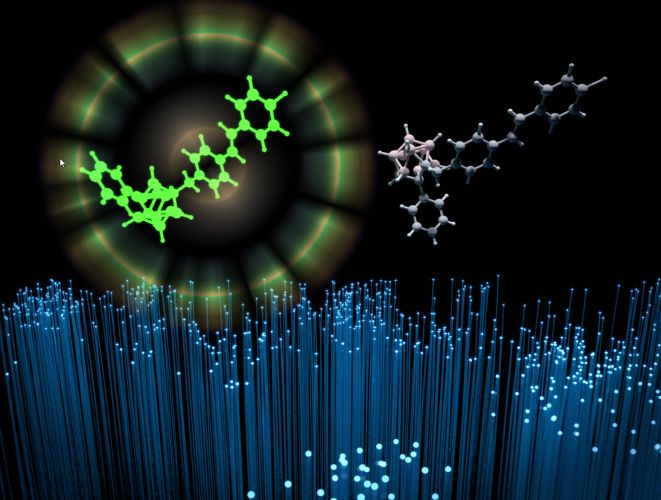 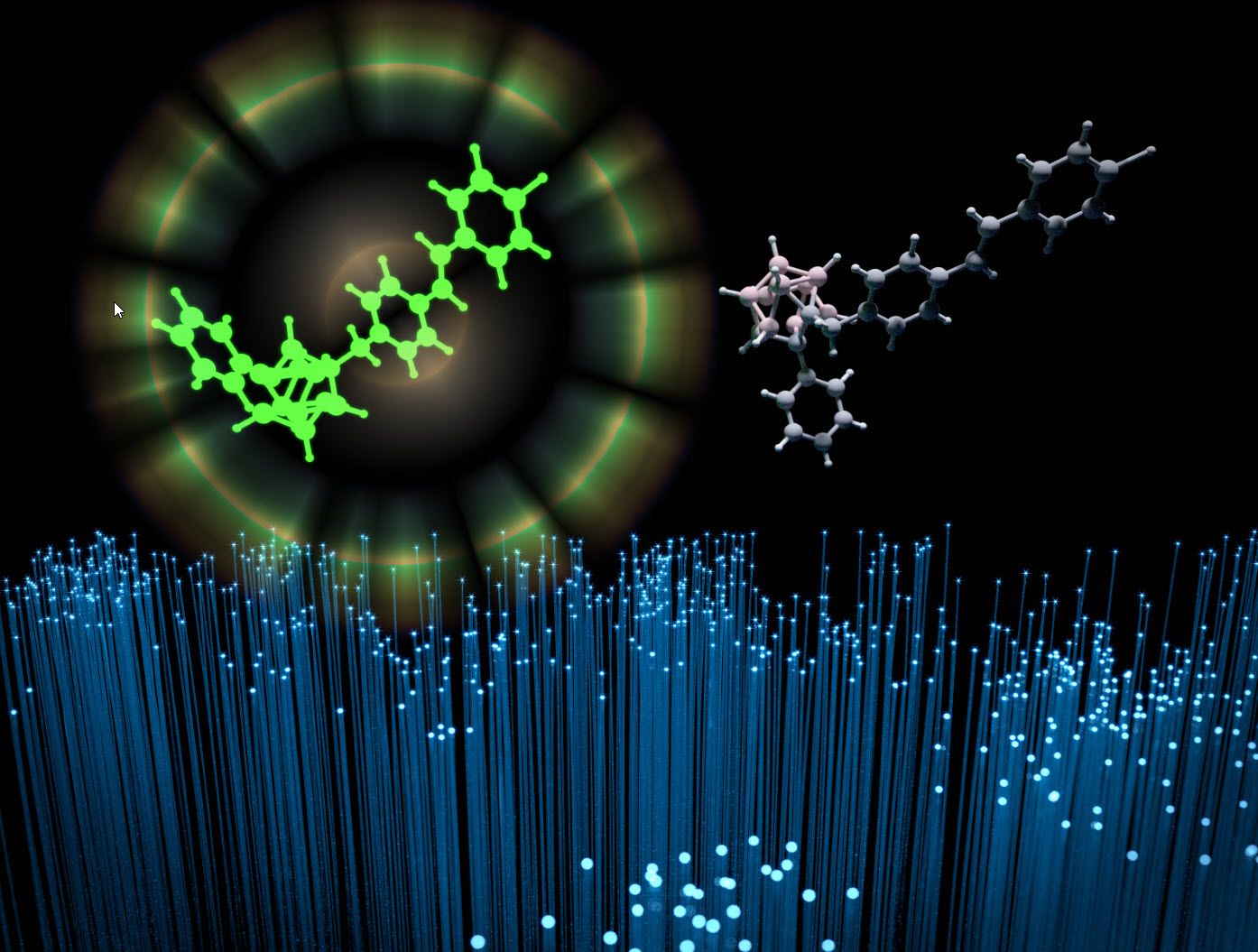 Two novel styrene-containing meta-carborane derivatives substituted at the second carbon cluster atom (Cc) with either a methyl (Me) or a phenyl (Ph) group are introduced herein along with a new set of stilbene-containing ortho- (o-) and meta- (m-) carborane dyads. The latter set of compounds have been prepared from styrene-containing carborane derivatives via a Heck coupling reaction. High regioselectivity has been achieved for these compounds by using a combination of palladium complexes [Pd2(dba)3]/[Pd(t-Bu3P)2] as a catalytic system, yielding exclusively E isomers. All compounds have been fully characterised and the crystal structures of seven of them were analysed by X-ray diffraction. The absorption spectra of these compounds are similar to those of their respective fluorophore groups (styrene or stilbene), showing a very small influence of the substituent (Me or Ph) linked to the second Cc atom or the cluster isomer (o- or m-). On the other hand, fluorescence spectroscopy revealed high emission intensities for Me-o-carborane derivatives, whereas their Ph-o-carborane analogues evidenced an almost total lack of fluorescence, confirming the significant role of the substituent bound to the adjacent Cc in o-carboranes. In contrast, all the m-carborane derivatives display similar photoluminescence (PL) behavior regardless of the substituent attached to the second Cc, demonstrating its small influence on emission properties. Additionally, m-carborane derivatives are significantly more fluorescent than their o-counterparts, reaching quantum yield values as high as 30.2%. Regarding solid state emission, only stilbene-containing Ph-o-carborane derivatives, which showed very low fluorescence in solution, exhibited notable PL emission in films attributed to aggregation-induced emission. DFT calculations were performed to successfully complement the photoluminescence studies, supporting the experimentally observed photophysical behavior of the styrene and stilbene-containing carborane derivatives. In conclusion, in this work it is proved that it is possible to tailor the PL properties of carborane–stilbene dyads by changing the Cc substituent and the carborane isomer. 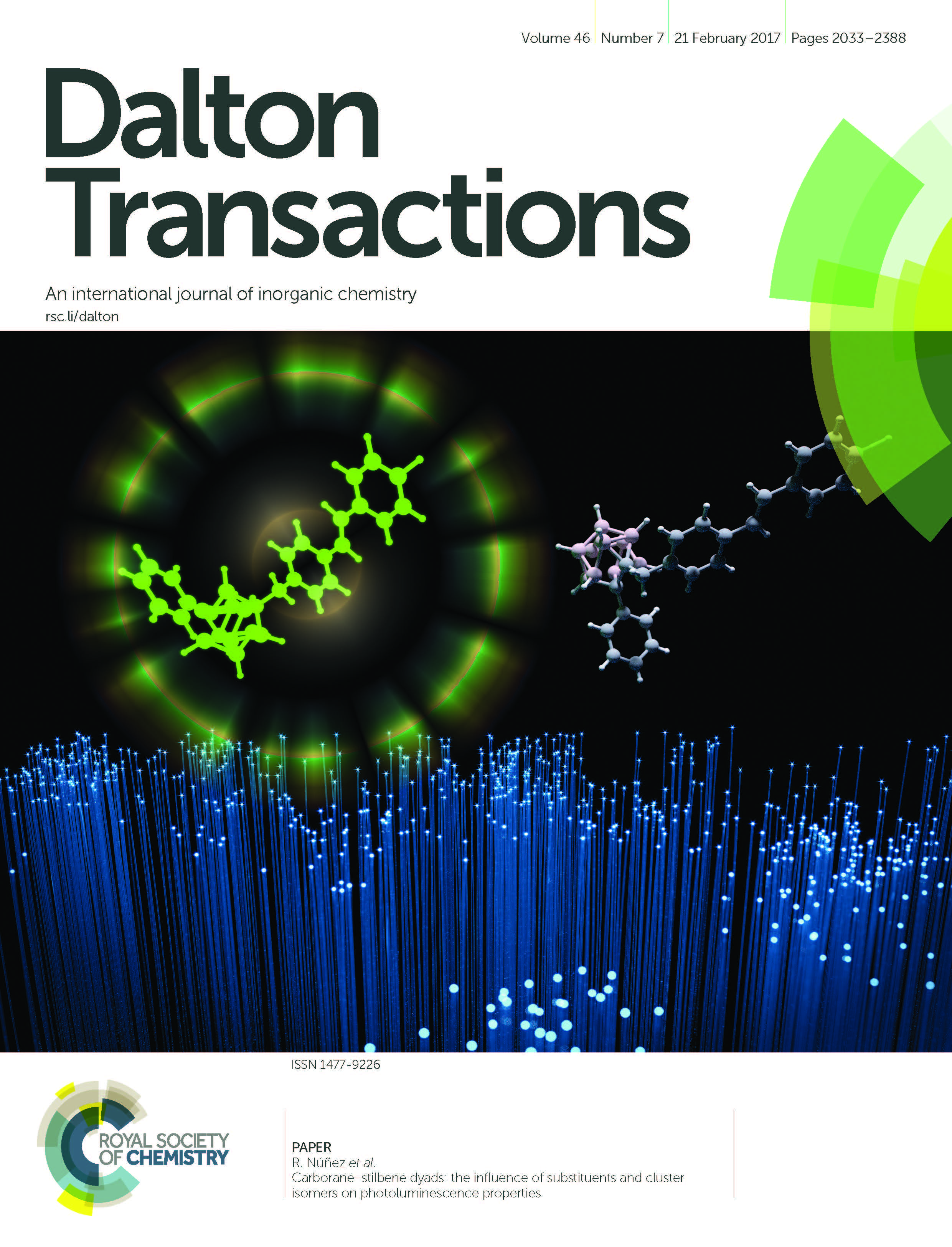 Carborane–stilbene dyads: the influence of substituents and cluster isomers on photoluminescence properties