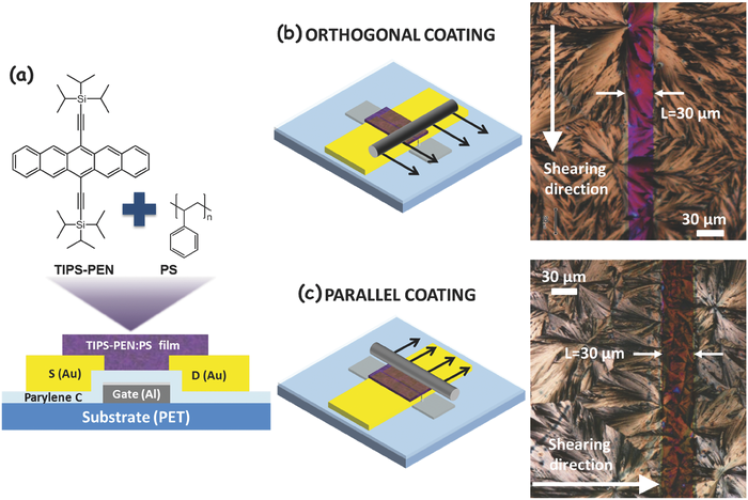 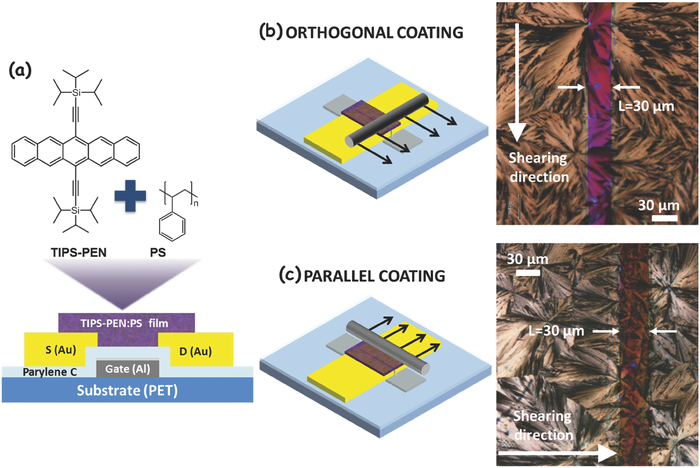 The influence of semiconductor morphology on the mechanical response of low voltage, flexible organic field-effect transistors fabricated on plastic substrates is explored. Bar-assisted meniscus shearing is considered for patterning the organic semiconductor; morphological features of the film are changed by varying the shearing direction. Several devices with two different organic semiconductor coatings are reported. The response of such devices to two kinds of deformation, namely elongation and compression, are investigated. The effect of mechanical stress is also considered. A detailed morphological analysis, including atomic force microscopy and scanning Kelvin probe microscopy, is performed in order to shine a light on the relationship between morphological features and electrical response of the devices. The results demonstrate that not only the response to bending is reliant on the morphological properties of the films but also that it can be tuned according to the bar-shearing direction. The employment of the proposed approach for the development of devices with different extent of response to mechanical deformation, from bending sensors to strain-insensitive devices for applications needing electrical stability upon deformation, can be thus foreseen.