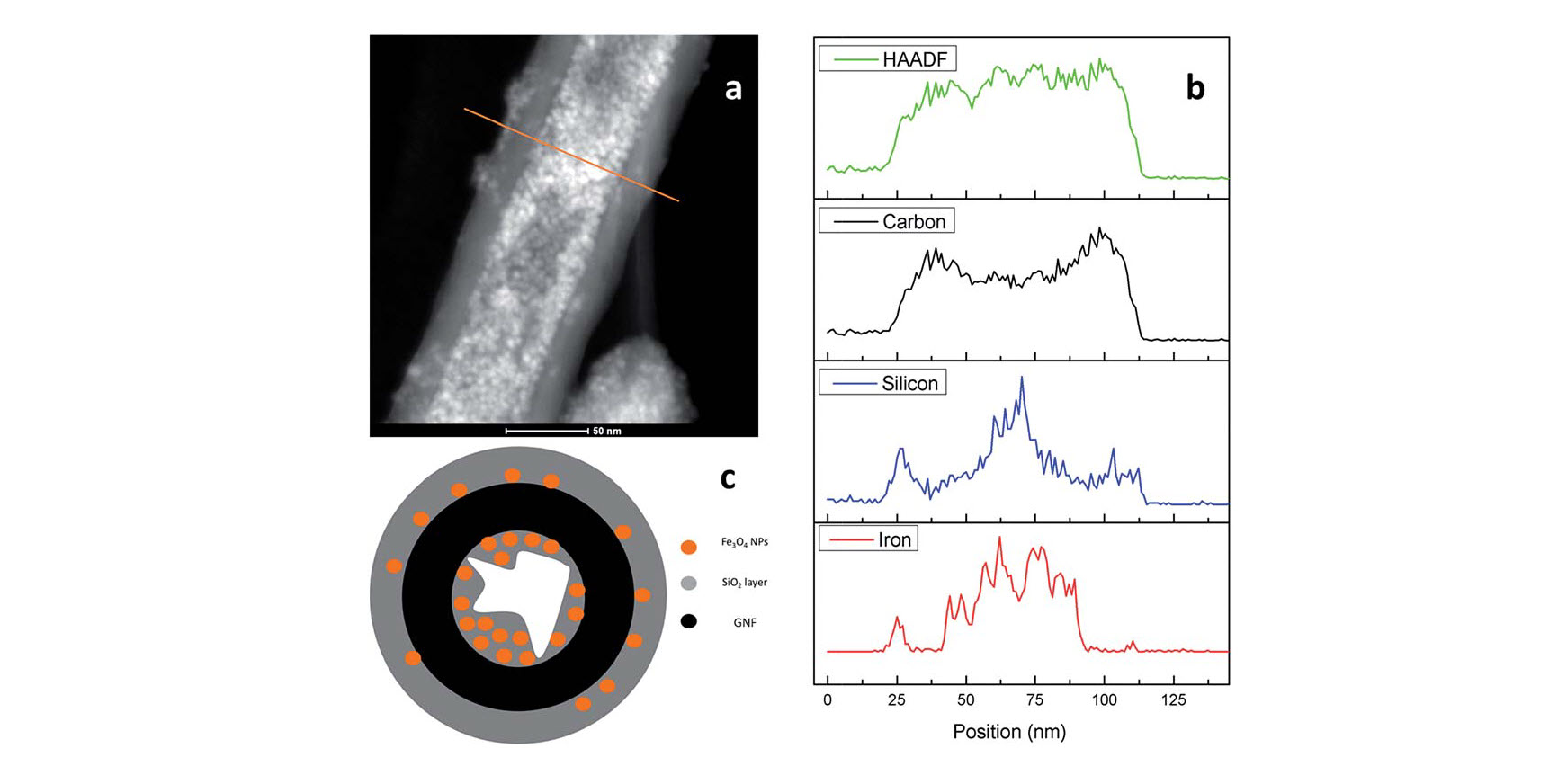 An in situ approach for the synthesis of Fe3O4 nanoparticles combined with a SiO2 coating process was employed to prepare Fe3O4@GNF@SiO>2 nanocapsules. Graphitised nanofibres (GNF) were initially filled with iron(III) acetylacetonate, and used as a precursor for the synthesis of ultrasmall Fe3O4 nanoparticles (4.6 nm in diameter) inside the cavities of GNF (Fe3O4@GNF) with a high density. By using a silica coating process, Fe3O4@GNF@SiO>2 nanocapsules were obtained. The presence of the silica shell not only prevented leakage of the nanoparticles from inside the GNF but also protected the magnetite nanoparticles from dissolution, even in harsh acidic conditions. Furthermore, the silica coating resulted in an increased dispersability of the nanocomposites in water. Magnetic resonance imaging (MRI) studies indicate relatively high

relaxivities for Fe3O4@GNF nanocomposites and Fe3O4@GNF@SiO>2 nanocapsules revealing the potential application of these hybrid materials for bioimaging. Therefore, the coating of filled GNF with silica is as an excellent strategy for the protection of encapsulated payloads.