Since 20 May 2019 our measurements are attached to nature constants

On May 20, 2019, this year's World Metrology Day, the changes in the definitions of the International System of Units (SI) were accepted. All the units, now, depend on the laws of nature, instead of depending on physical artefacts. The "Big Kilo" as we knew it, will no longer be the reference to the "kilo". Instead, this unit will be based on the Planck constant, as the "meter" is based on the speed of light. In the redefinition, four of the seven SI base units – the kilogram, ampere, kelvin, and mole – were redefined by setting exact numerical values for the Planck constant (h), the elementary electric charge (e), the Boltzmann constant (k), and the Avogadro constant (NA), respectively. Read more about it here: 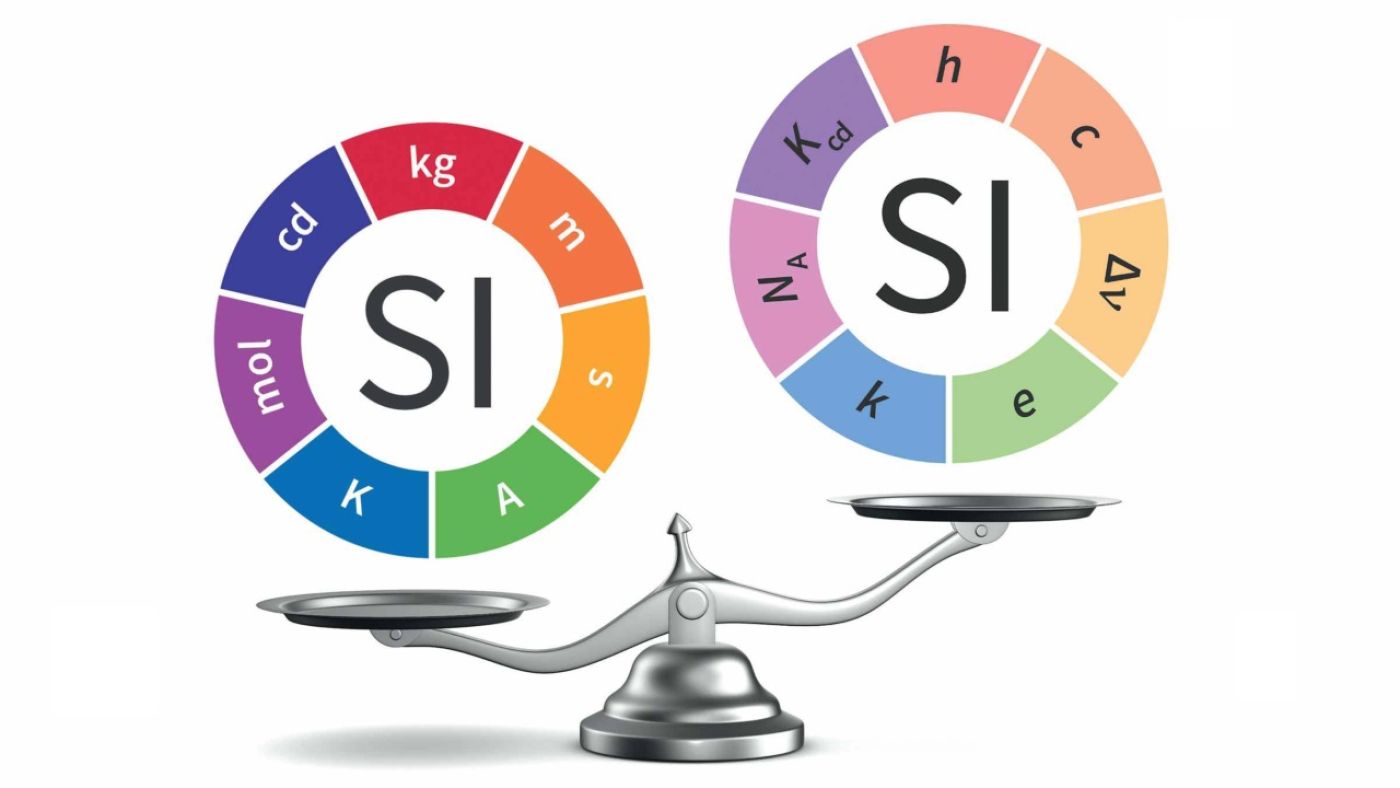 Message from the BIPM and BIML Directors

The International System of Units (SI) is the accepted set of units for all applications of measurement worldwide. Although one of its aims is to provide the basis for measurements that are stable over long periods of time, it has always been a practical and dynamic system that has changed to exploit the latest scientific advances.

In November 2018, the General Conference on Weights and Measures met in Versailles and agreed one of the most significant sets of changes to the SI since its inception in 1960. These were to base it on our best understanding of the laws of nature and to eliminate the link between the SI and definitions based on physical artefacts. The changes build on the results of research into new measurement methods that use quantum phenomena as the basis for standards that are fundamental.

These changes were agreed in November 2018 and come into force on May 20th 2019, a date chosen because it is the anniversary of the signature of the Metre Convention, celebrated by World Metrology Day. Whilst the future impact of the changes will be far reaching, great attention has been paid to ensure that the new definitions will be compatible with the current ones at the time the change is implemented. The changes will not be noticeable to any but the most demanding users, but, they do mean that there may be changes in the way that traceability is ultimately established. The global work to harmonize the operation of instruments used to make measurements will continue to ensure that trade, industry and consumers will not notice any difference to the weights, lengths and other measures they use.

The new definitions use ‘the rules of nature to create the rules of measurement’, linking measurements at the atomic and quantum scales to those at the macroscopic level. They achieve a collective ambition for the “metric system” which has been to provide universality of access to the agreed basis for worldwide measurements. They will provide the basis for future innovations in measurements that will allow the definitions of the second, the metre, the ampere and the kelvin to take advantage of atomic and quantum phenomena to achieve levels of accuracy limited only by our capacity to observe them.

May 20 is World Metrology Day, commemorating the anniversary of the signing of the Metre Convention in 1875. This treaty provides the basis for a coherent measurement system worldwide that underpins scientific discovery and innovation, industrial manufacturing and international trade, as well as the improvement of the quality of life and the protection of the global environment.

The theme for World Metrology Day 2019 is The International System of Units - Fundamentally better. This theme was chosen because on 16 November 2018, the General Conference on Weights and Measures agreed perhaps one of the most significant revisions to the International System of Units (the SI) since its inception. Research into new measurement methods, including those using quantum phenomena, underpin the change. The SI is now based on a set of definitions each linked to the laws of physics and have the advantage of being able to embrace further improvements in measurement science and technology to meet the needs of future users for many years to come.

Across the world, national metrology institutes continually advance measurement science by developing and validating new measurement techniques at whatever level of sophistication is needed. The national metrology institutes participate in comparisons coordinated by the Bureau International des Poids et Mesures (BIPM) to ensure the reliability of measurement results worldwide. The BIPM also provides a forum for its Member States to address new measurement challenges. The International Organization of Legal Metrology (OIML) develops International Recommendations, the aim of which is to align and harmonize requirements worldwide in many fields.

World Metrology Day recognizes and celebrates the contribution of all the people that work in intergovernmental and national organizations throughout the year on behalf of all.

Notes for Editors: World Metrology Day is an annual event during which more than 80 countries celebrate the impact of measurement on our daily lives.This date was chosen in recognition of the signing of the Metre Convention on 20 May 1875, the beginning of formal international collaboration in metrology. Each year World Metrology Day is organized and celebrated jointly by the International Bureau of Weights and Measures (BIPM) and the International Organization of Legal Metrology (OIML) with the participation of the national organizations responsible for metrology.The international metrology community which works to ensure that accurate measurements can be made across the world endeavors to raise awareness each World Metrology Day through a poster campaign and web site. Previous themes have included topics such as measurements for the global energy challenge, for safety, for innovation, and measurements in sport, the environment, medicine and trade.

The signing of the Metre Convention in 1875 created the BIPM and for the first time formalized international cooperation in metrology. The Convention established the International Bureau of Weights and Measures and laid the foundations for worldwide uniformity of measurement in all aspects of our endeavors, historically focusing on and assisting industry and trade, but today just as vital as we tackle the grand challenges of the 21st Century such as climate change, health, and energy. The BIPM undertakes scientific work at the highest level on a selected set of physical and chemical quantities. The BIPM is the hub of a worldwide network of national metrology institutes (NMIs) which continue to realize and disseminate the chain of traceability to the SI into national accredited laboratories and industry.

In 1955 the International Organization of Legal Metrology (OIML) was established as an Intergovernmental Treaty Organization in order to promote the global harmonization of legal metrology procedures with the Bureau International de Métrologie Légale (BIML) as the Secretariat and Headquarters of the OIML. Since that time, the OIML has developed a worldwide technical structure whose primary aim is to harmonize the regulations and metrological controls applied by the national metrological services, or related organizations. 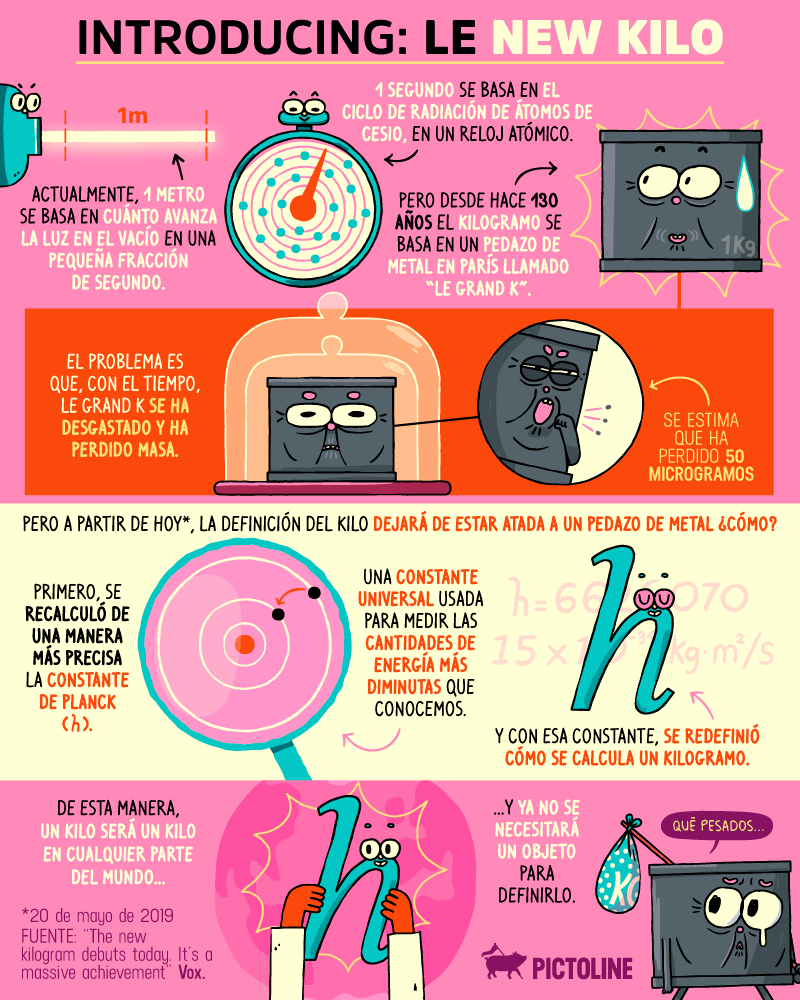 Figure Cover and Figure 1: Out with the old and in with the new – the new quantities used to measure the standard (SI) units are all constants in nature. Image courtesy: BIPM (https://www.firstpost.com/tech/science/world-metrology-day-why-the-updated-kilogram-is-both-a-big-deal-and-not-so-much-5584011.html)