The role of steam treatment on the structure, purity and length distribution of multi-walled carbon nanotubes 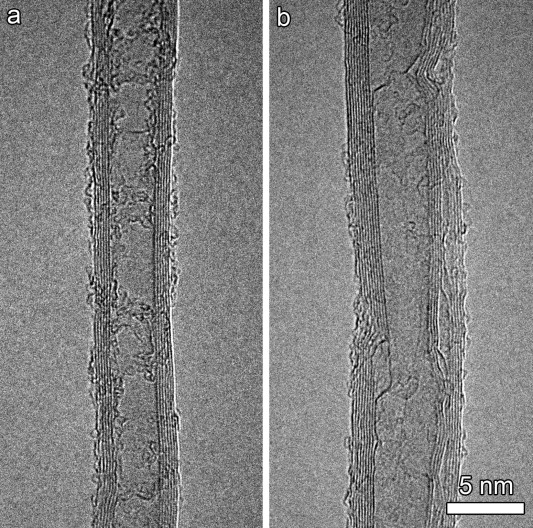 Purification and shortening of carbon nanotubes have attracted a great deal of attention to increase the biocompatibility and performance of the material in several applications. Steam treatment has been employed to afford both purification and shortening of multi-walled carbon nanotubes (MWCNTs). Steam removes the amorphous carbon and the graphitic particles that sheath catalytic nanoparticles, facilitating their removal by a subsequent acidic wash. The amount of metal impurities can be reduced in this manner below 0.01 wt.%. The length distribution of MWCNTs after different steam treatment times (from 1 h to 15 h) was assessed by box plot analysis of the electron microscopy data. Samples with a median length of 0.57 μm have been prepared with the reported methodology while preserving the integrity of the tubular wall structure.