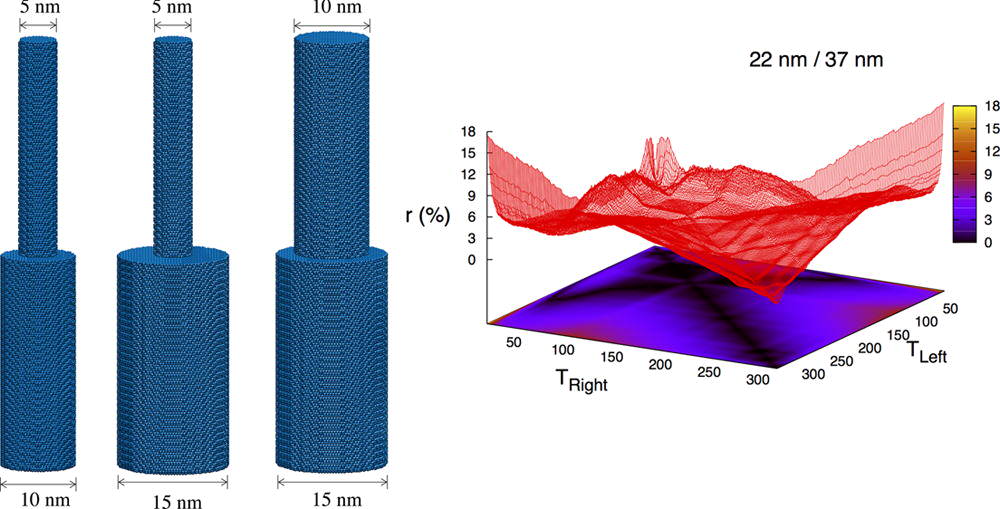 We show that thermal rectification by design is possible by joining/growing Si nanowires (SiNWs) with sections of appropriately selected diameters (i.e., telescopic nanowires). This is done, first, by showing that the heat equation can be applied at the nanoscale (NW diameters down to 5 nm). We (a) obtain thermal conductivity versus temperature, κ(T), curves from molecular dynamics (MD) simulations for SiNWs of three different diameters, then (b) we conduct MD simulations of a telescopic NW built as the junction of two segments with different diameters, and afterward (c) we verify that the MD results for thermal rectification in telescopic NWs are very well reproduced by the heat equation with κ(T) of the segments from MD. Second, we apply the heat equation to predict the amount of thermal rectification in a variety of telescopic SiNWs with segments made from SiNWs where κ(T) has been experimentally measured, obtaining r values up to 50%. This methodology can be applied to predict the thermal rectification of arbitrary heterojunctions as long as the κ(T) data of the constituents are available.