On November 30, 2017, the FINAL of the sixth edition of the "Generació d'Idees" Program, organized by the UAB Research Park (PRUAB) and the "Xarxa de Referència en Biotecnologia" took place. In this year's edition, two projects from ICMAB researchers were on the final: Plant Healing, with the participation of Agnesse Rabissi, from the NN Group, and Saddle Pro, with the participation of Pablo O. Vaccaro, from the NANOPTO group.

The winning project of this year's edition was "Nanoplastics", which aims to create a biodegradable film to increase the safety of fresh food packaging and to extent the shelf life of these products. The project is formed by researchers from ICN2, CRAG and INC-UAB.

The winners of this edition are:

The other finalists were:

The jury was formed by Oriol Sans, Director of ACCIÓ; Isabel Amat, Director of Business Development at RJ-Biotech and Vicepresident of Catalonia BIO; Josep Castells, CEO & Chairman at Inkemia IUCT group; and Sara Secall, Director of Inversions Inveready. The prizes are awarded with 2500 €, 1500 € and 1000 €, respectively, and some incubation months at the Eureka Building of the PRUAB. The goal is to give tools to the researchers, and to guide them in the process of transformation of a research project into a business project. 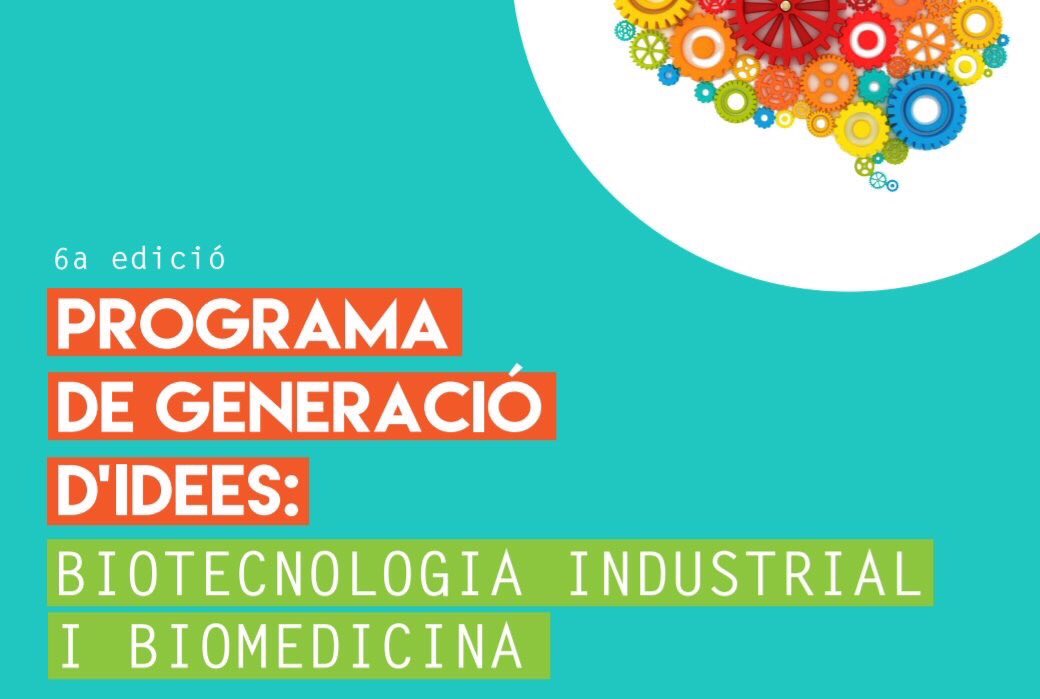 This main objective of this Program, which has arrived this year in its sixt edition and is an initiative of the UAB Research Park (PRUAB), is to support research staff to follow their ideas and generate market solutions based on their research, by guiding them in the process of transformation of a research project into a business project.

This year's edition has focused on the creation of projects in the field of industrial biotechnology and biomedicine. For this reason, it has been co-organized by the "Xarxa de Referència en Biotecnologia" (XRB) and with the sponsorship of Roche Diagnostics, Air Liquide, Barcelona Synchrotron Park and Sant Cugat City Council.

In total, 40 researchers and researchers from different groups and research centers of the UAB campus have participated. All of them have worked in multidisciplinary teams and have developed nine projects. Since its first edition, the Program has generated the creation of nine innovative companies: AEInnova, Bioeclosion, Crowdmobile, Axia, Mass Factory, Make-R, Pump-it, Sensing Solutions and Visual Tagging Sevices.