Around 400 female researchers have been invited to the (virtual) Meeting that opened on Thursday, 21 January 2021, the activities of the third edition of #100tífiques, an initiative by FCRI and BIST. 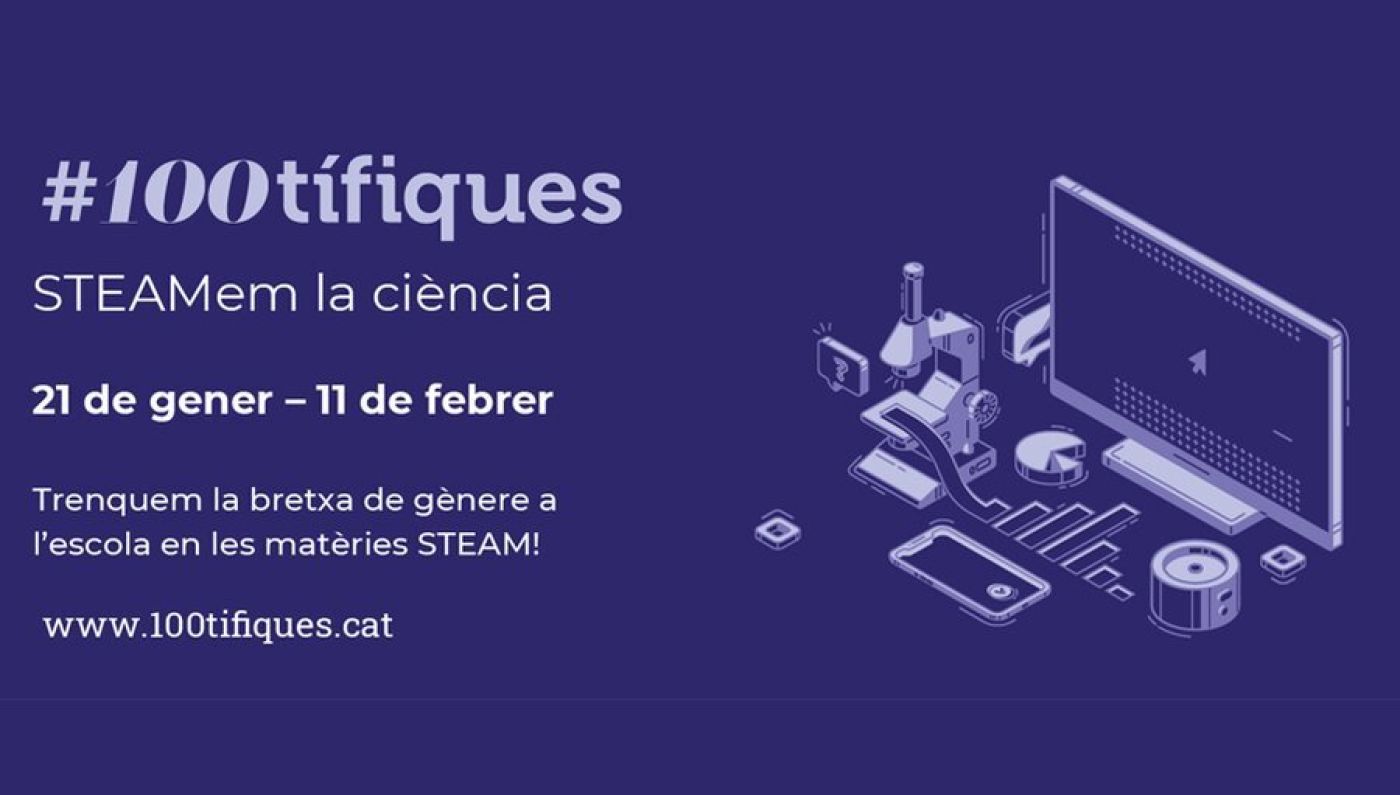 The #100tífiques initiative wants to bring science to schools and promote women scientific talent. The #100tífiques Meeting brings together women scientists and technologists to share experiences and prepare the talks they will give at schools on February 11, International Day of Women and Girls in Science.

The third edition of the program, marked by the pandemic situation, will be held in an "online" format. This format has facilitated the extension of the initiative to all of Catalonia and the participation of Catalan women scientists working abroad. The talks are expected to reach more than 16,000 girls and boys in schools.

A total of 423 researchers and 483 schools will participate in the meeting. From the ICMAB, 5 researchers will participate giving talks to different schools on the International Day of Women and Girls in Science, 11 February 2021: Mariona Coll, Ana M. López, Andrea Stephany Diaz, Nerea Murugarren and Darla Mare.

The slogan of this third edition of #100tífiques is "STEAMem la ciència" ("we love science"), an edition marked by new communication technologies, since the current health situation has required that the whole project be made exclusively online. This fact, paradoxically, has brought improvements to boost the program, as it has allowed the organization of more lectures and more schools all over Catalonia.

Thanks to the digital format, this edition will also be able to count with the participation of a dozen of Catalan women scientists working abroad, in centers such as the ETH Zurich, King's College London, the Memorial Sloan Kettering Cancer Center in New York, or the University of California Los Angeles, among others. The number of international researchers working in Catalonia who participate in the initiative has also increased considerably, more than 30, from countries such as Portugal, Italy, Poland, Great Britain, Germany, India, the United States, Australia and Kazakhstan, India, the United States, Australia and Kazakhstan. This makes it possible to offer schools a greater cultural diversity of scientific profiles, and to give visibility to the growing internationalization of science.

This year, schools that wish to do the talks in English will be offered the opportunity to do so. "We are thrilled with the response we have received! We have surpassed the figure of 350 female researchers and 350 registered schools, tripling the number of registered schools and the target with which the initiative was launched in 2019. And we believe that there is still potential for growth for the next editions. This is key so that, above all, girls in particular have new role models to look up to, so that all students are aware of the value women bring to science, but also to bring science and school closer together.

Now more than ever we see how important it is to have a mature and informed society", explains Núria Bayó Puxan, head of Academic Programs at BIST.

The program of the #100tífiques Meeting on 21 January 2021, was opened by Mar Camacho, general director of Innovation, Research and Digital Culture of the Department of Education, which opened a debate on the challenges faced by women researchers in public research centers and in companies (with Núria Montserrat, ICREA Professor and group leader at IBEC, and Anna Bosch, CEO of Noel, and Cristina Sáez, science journalist). This debate was followed by four discussion forums on the interaction between research/science, schools and business.

In addition, the 400 female researchers participating in the #100tífiques initiative had the opportunity to attend a training session organized on 25, 26, 27 and 28 January to prepare their talk. 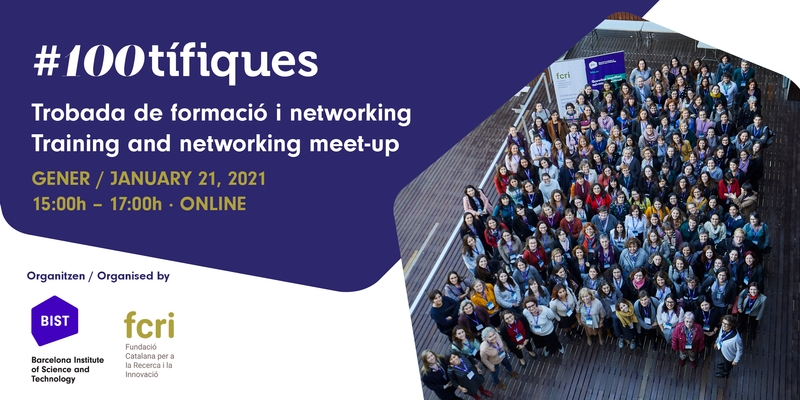 BIST celebrates International Day of Women and Girls in Science with #100tífiques initiative.