ICMAB researcher Nieves Casañ is co-author of the chapter on nanostructured electroactive materials.

Congratulations to all ICMABers for this achievement.

This Wednesday 4 May: Fira d'Empreses UB, and ICMAB will be there

If you are a student or a young researcher and would like to do an internship with us or work with us, come and visit us and we will inform you, from 10 am from 5 pm.

Great experience in bringing organic electronics to an Adult School

ICMAB participated in the ESCOLAB programme "Connectem" to connect research with schools.

A researcher in your classroom, Outreach & Dissemination

The Special Issue counts with ICMAB Researcher Can Onur Avci, and with Daniela Petti from Politecnico di Milano (Italy) as Guest Editors.

The event is open for schools on 27-29 April, and on Saturday 30 April, it is open for the general public. You are all invited!

Happy Sant Jordi 2022! Find your next read thanks to the ICMAB staff!

We asked our ICMABers, one more year, what book would they recommend to someone else for St. Jordi.

ICMAB researchers prepared some interactive experiments to show the spectacular properties of our magnetic, fluorescent and superconducting materials, to the young attendees of the festival.

Open call of the 12th edition of INSPIRACIENCIA 2022

Título Artículo: Open call of the 12th edition of INSPIRACIENCIA 2022

This year there will be a special prize for stories about Artificial Intelligence (AI).

Madame Châtelet performance at the NeuroArt Festival at CCCB

The dramatised lecture was represented in front of more than 100 students in an event organized by the Institute of Neurosciences (UB) at the CCCB.

#CuriositatsCientífiques about women in science in our Twitter for #11F2022

This year we asked to all #ICMABers to explain us some curiosities and facts about women in science. Here is the list of what we gathered.

"From complex materials to complex systems is a long process: that is why we need multidisciplinarity" Xavier Obradors takes the stage at 4YFN

ICMAB Director joins a panel on the importance of materials in Deep Tech in the context of the Mobile World Congress 2022 at the 4YFN #FrontierTech track.

Since 2008 thousands of activities and events happen every year all around the world on the last day of February to raise awareness and suport Rare Diseases. This year 2022, the Rare Disease Day is on 28 of February!

The Frontier Materials panel discussion will take place on Tuesday, 1 March 2022, at 3 pm, at the 4YFN startup event.

"Anyone can be a scientist, if they want to" #100tífiques

The FCRI and BIST organize the 4th edition of #100tífiques programme. After the networking meet up on 4 February at the UB Paranimf, more than 472 women researchers will give talks to schools on 11 February.

MATERLAND invites you to participate in an interactive game for 11F

A collection of articles on the research that determines a technological energy transition features the research of ICMAB Researchers.

Escolab visits ten research centers in (and near) Barcelona that participate in the Escolab program. The videos are perfect for secondary school students!

The high school student joins through an internship that will end with the publication of a scientific paper.

Christmas 2021 at ICMAB: let's celebrate it together on 17 December!

Join us to celebrate Christmas together, in a nice event in honor of Susagna Ricart, Jaume Veciana and Enric Canadell.

The celebration will be on Friday, 17 December, in the morning, starting from 10:30 am.

Take a look at the programme we have prepared!

The professor is collaborating with the NANOPTO Group in Nanoscale Precision for Energy Applications.

On Friday, 26 November, at 6 pm, we will be showing our levitating train in Sant Celoni's library. 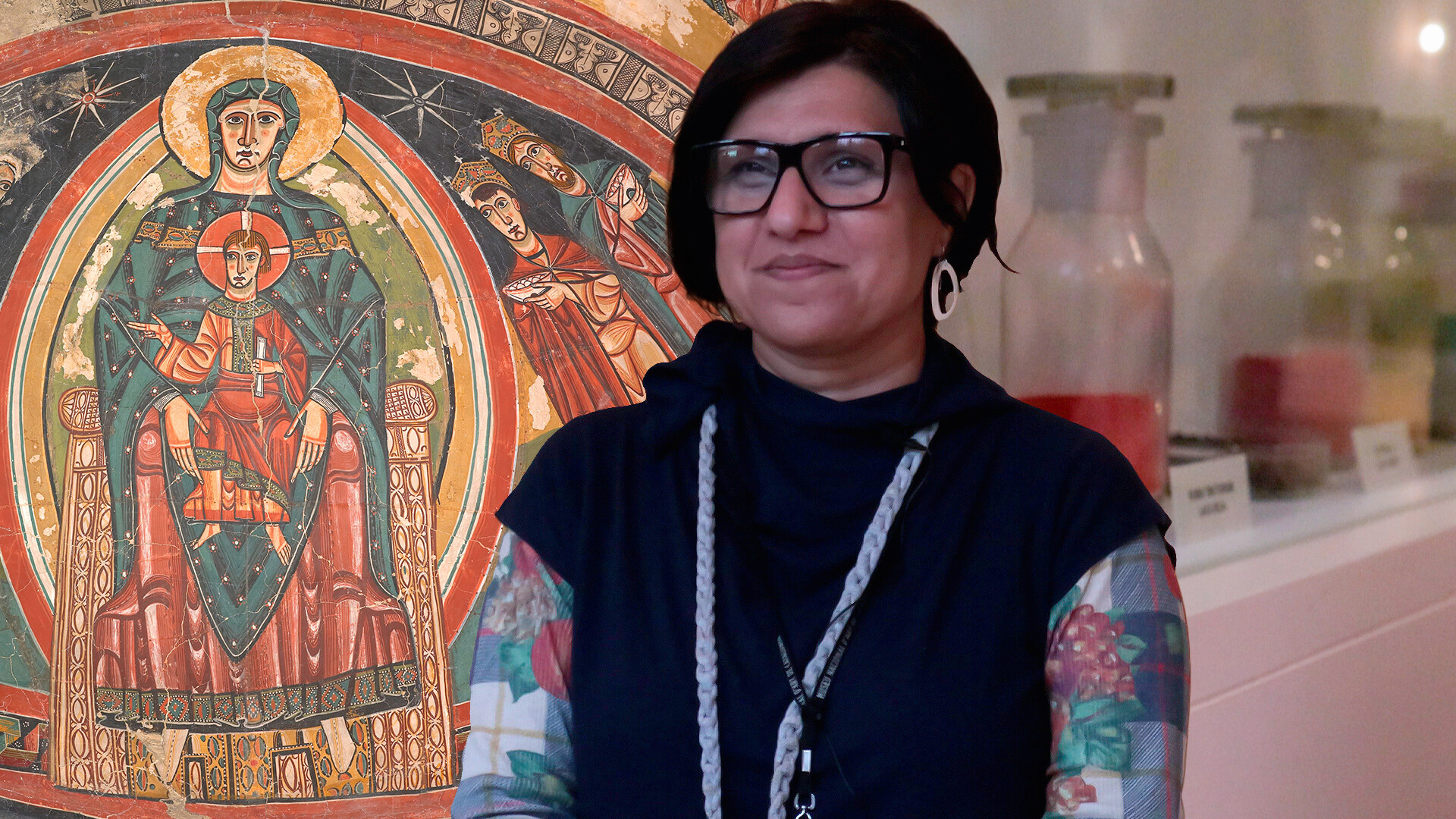 For this video we counted with the collaboration of the Museu Nacional d'Art de Catalunya (MNAC) and Mireia Mestre and Núria Oriols, from the Area of Restoration and Conservation of the museum.

The event took place on Tuesday, 16 November, at the UAB Science Faculty.

ICMAB participates, together with other institutes and in the framework of Expominer, in the organization of MinerMat Digital 2021.

A total of 17 books acquired for all our staff are now available in our "Manuel Cardona" Library.

This festivity celebrates the smallest research with the biggest impact. We celebrate it by releasing our video on the ICMAB Scientific Equipment Platforms. Do you know them all?

The European Researcher’s Night is back – and with presential activities!

Many events to see between 22-24 September across Catalunya!

The ICMAB hosted this year trhee students from the UAB Argó Program. They were with us during the end of June and beginning of July. Many of our Scientific Equipment Platforms participated in the programme!

Five Joves i Ciència at the ICMAB laboratories during July 2021

This year the ICMAB hosted five students from the program "Joves i Ciència" from Fundació Catalunya La Pedrera. They came to our Institute to do a research stay with some of our researchers, in the fields of superconducting materials, solar cells, metal-organic-frameworks (MOFs), laser processing for supercapacitors and hydrogels for cancer immunotherapy.

CRYSTALMATCH 2021: And the winner of the 1st ICMAB crystallization contest is…

Discover the winners of the first CRYSTALMATCH and take a look at all the participants!

We share the winners of this years’ FOTICMAB contest! Which one is your favorite?

Closing Nanoinventum 2021: awards and interview with one of the teachers

The research carried out by Gerard Tobías and Judith Guasch and their respective teams, at the new issue of "CSIC Investiga".

The Institute was one of the four Materials Science CSIC Research Centers founded in 1986.

This year is the 35th anniversary of the Institute of Materials Science of Barcelona! It was put together in 1986 through the union of different research groups from different local institutions, all coming together in a singular building which was, on its own, a collaboration between the CSIC and the Universitat Autònoma de Barcelona, who conceded some of its territory so the ICMAB could be built near the Centro Nacional de Microelectrónica (the Institute of Microelectronics of Barcelona (IMB-CNM)).

An evening of science! ICMAB at the Festa de la Ciència 2021

Scientists and researchers showed experiments and gave talks through the streets of Barcelona last Sunday as the last leg of the Biennal Ciutat i Ciència de Barcelona.

Researcher Clara Viñas shares the results of her investigation on boron salts in UABDivulga.