The new 3D hydrogels provide high rates of cell proliferation, as they mimic lymph nodes, where T-cells reproduce in vivo. A new project, led by researchers from ICMAB and IBEC, and with the collaboration of VHIO and UIC, wants to transfer this technology to hospitals. 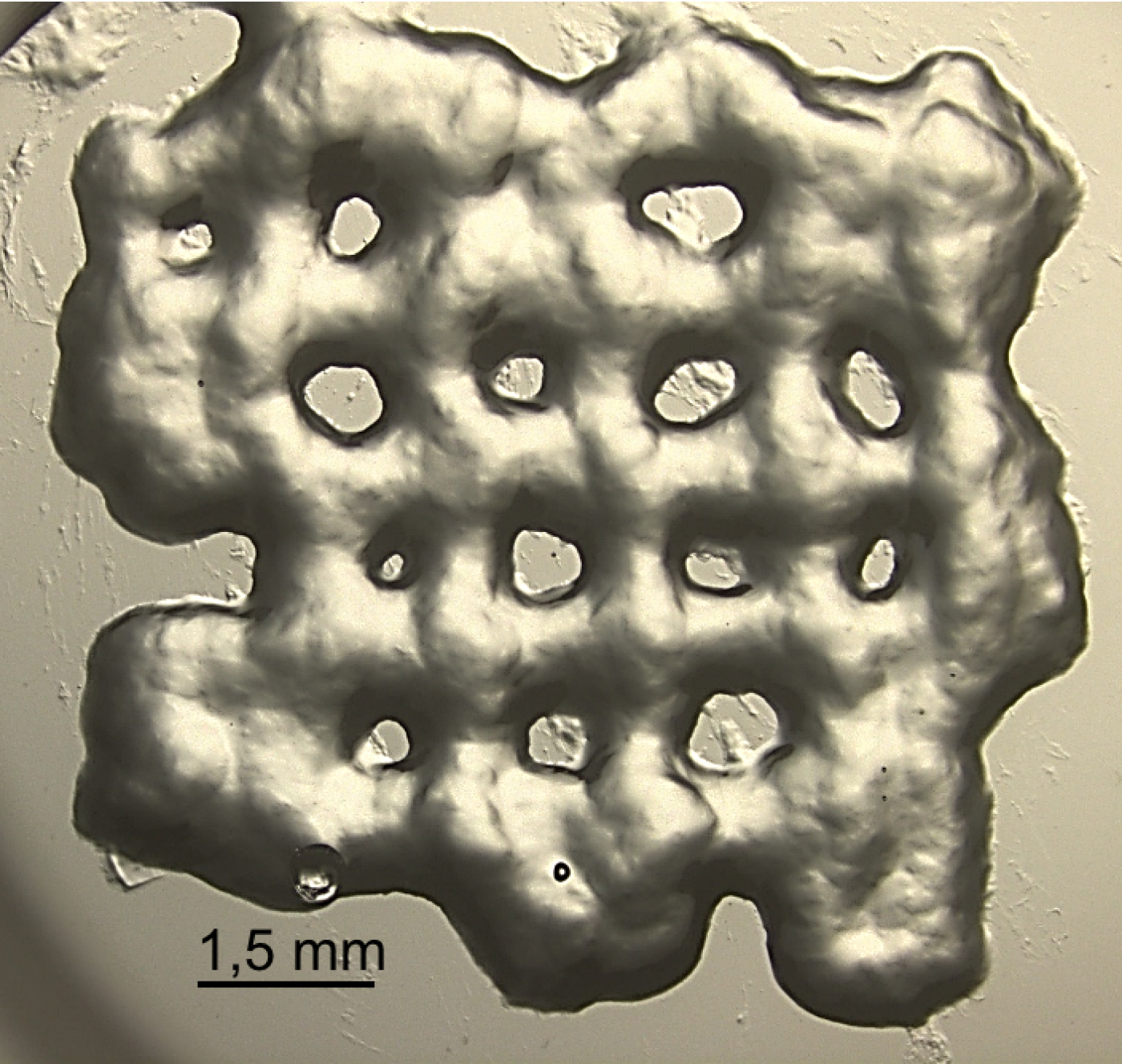 A team with the participation of researchers from the ICMAB has designed new hydrogels that allow the culture of T-cells or T-lymphocytes, cells of the immune system that are used in cancer immunotherapy since they have the capacity to destroy tumor cells. These hydrogels can mimic lymph nodes, where T-cells reproduce and, therefore, provide high rates of cell proliferation. Scientists hope to be able to bring this new technology, for which a patent has already been filed at the European Patent Office, to hospitals soon, and whose first details are published in the journal Biomaterials. Scientists have started a project that aims to print these new hydrogels in 3D and thus accelerate their transfer to the market.

The 3D hydrogels are made of polyethylene glycol (PEG), a biocompatible polymer widely used in biomedicine, and heparin, an anticoagulant agent. In this case, the polymer provides the structure and mechanical properties necessary for T-cells to grow, while heparin is used to anchor different biomolecules of interest, such as cytokine CCL21, a protein present in the lymph nodes and which has a major role in cell migration and proliferation.

Cancer immunotherapy is based on using and strengthening the patients' immune system so that it recognizes and fights tumor cells, without damaging healthy tissues. One of the possible treatments, the so-called adoptive cell therapy, consists of extracting the T-cells from the patients, modifying them to make them more active, making numerous copies of them and injecting them back into patients.

"This personalized therapy, although still very novel, seems to have more lasting effects than current oncological therapies, thanks to some T-lymphocytes that are capable of conferring immunity over time," points out one of the creators of this technology, researcher Judith Guasch, from the Institute of Materials Science of Barcelona (ICMAB-CSIC). "Its application is limited by the current cell culture media, since they are not effective enough for the proliferation and growth of a relevant amount of therapeutic T-cells in a short time and in an economically viable way", adds Guasch. 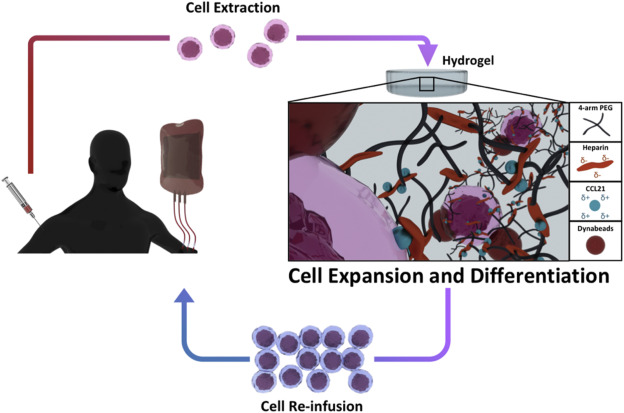 Figure: Simplified diagram showing the process of adoptive cell therapy: extraction of cells, expansion and differentiation, and injection of cells into patients / Biomaterials (259, 120313, 2020)

Transfer to the market

To continue the study and encourage the transfer of this technology to the market, researchers Judith Guasch, from the ICMAB, and Elisabeth Engel, professor at the Polytechnic University of Catalonia (UPC) at the Institute of Bioengineering of Catalonia (IBEC), have recently been awarded a project from the Call for Transfer and Valorization Projects of the Biomedical Research Networking Center - Bioengineering, Biomaterials and Nanomedicine (CIBER-BBN) 2020, aimed at carrying out projects for CIBER-BBN groups with the interest and support of companies.

The aim of the project is to print large 3D hydrogels compatible with clinical bioreactors, in order to expand T-cells in a more efficient way. The researchers will develop the prototype in the laboratory and make the first experiments for the validation in the clinical phase. Currently, the project is looking for industrial partners, mainly biomedical and pharmaceutical companies, and investors interested in creating a spin-off company to transfer this technology and make it available in hospitals.

The project led by Guasch and Engel has the collaboration of Joaquín Arribas, from the Vall d'Hebron Institute of Oncology (VHIO), and Miguel A. Mateos, from the International University of Catalonia (UIC).