Councillor Ramon Tremosa visited the facilities of the ALBA Synchrotron with its director, Caterina Biscari, on 16 November 2020. After the visit, they both met with several Directors of other research centers in the area, including ICMAB Director Xavier Obradors. During the meeting the announcement of the Government's intention to create a public-private investment fund to promote the knowledge transfer of the research in Catalonia was made.


Councillor of Enterprise and Knowledge of the Generalitat de Catalunya, Ramon Tremosa, visited the ALBA Synchrotron to learn how the facility works and the service it offers to the scientific community and society in general. He was accompanied by the Secretary of Universities and Research, Francesc Xavier Grau, and the General Secretary of Enterprise and Knowledge, Jordi Cabrafiga.
After visiting the ALBA Synchrotron beamlines where experiments are carried out in a variety of fields of science, Councillor Tremosa attended a meeting with the directors of several Catalan research centers: the rector of the Autonomous University of Barcelona, Javier Lafuente; the director of Eurecat, Xavier López; of the Institute of High Energy Physics (IFAE), Ramon Miquel; of the Institute of Materials Science of Barcelona (ICMAB-CSIC), Xavier Obradors; of the Catalan Institute of Nanoscience and Nanotechnology (ICN2), Pablo Ordejón, of the Center for Ecological Research and Forestry Applications (CREAF), Joan Pino; of the Barcelona Institute of Science & Technology (BIST), Gabby Smailbern; of the ALBA Park, Pere Solà; and of the Institute of Molecular Biology of Barcelona (IBMB-CSIC), Nuria Verdaguer. 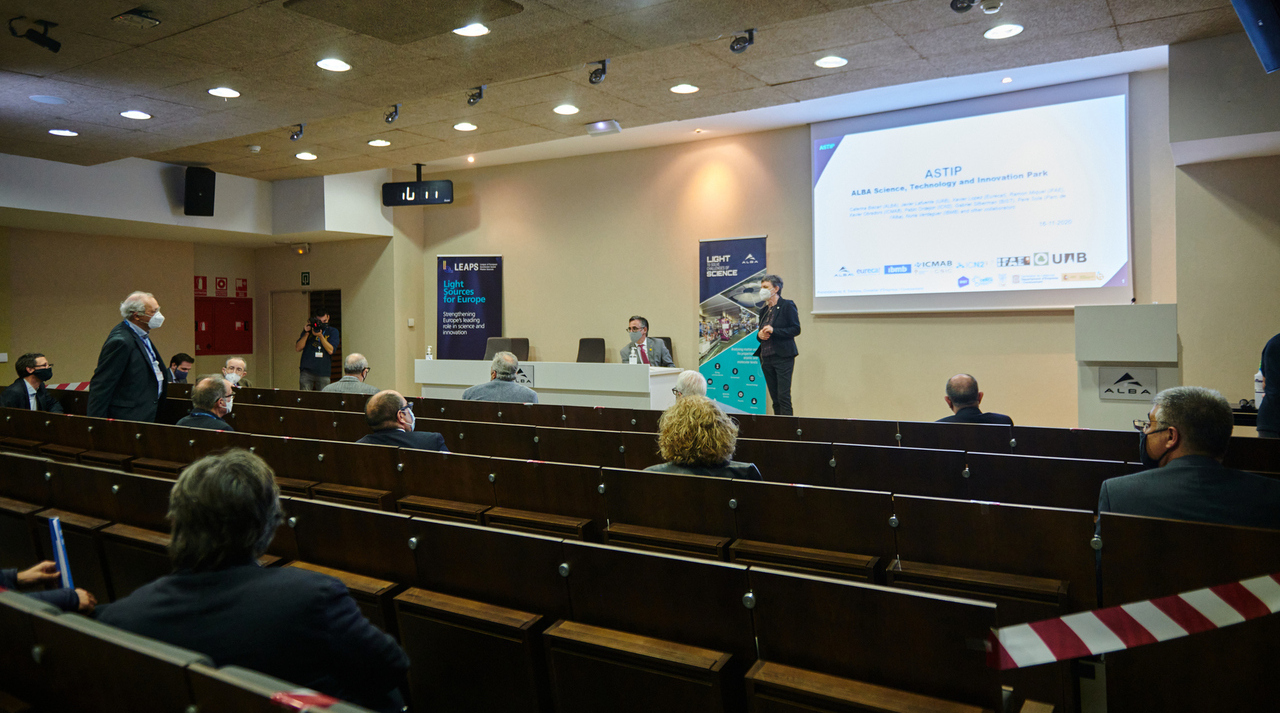 Figure: Meeting at the ALBA Maxwell Auditorium with ALBA Director and Staff, and Directors of other research centers of the area, including Xavier Obradors, ICMAB Director.
The Councillor announced that the Government is working on the creation of a public-private investment fund with the aim of promoting knowledge transfer of the research carried out in Catalonia and to improve its innovation rate, which is currently below the European average. "We are working on a government agreement that commits 5 million euros from next year's budget and 5 million more from 2022," said the Councillor.
The announcement of this new instrument in favor of innovation was made during the visit to the ALBA Synchrotron, which is one of the great scientific infrastructures of the Catalan and Spanish research systems. The Councillor of Enterprise and Knowledge also highlighted that "precisely these infrastructures are fundamental in the consolidation and advancement of the research in Catalonia, while they become economic engines of the country". 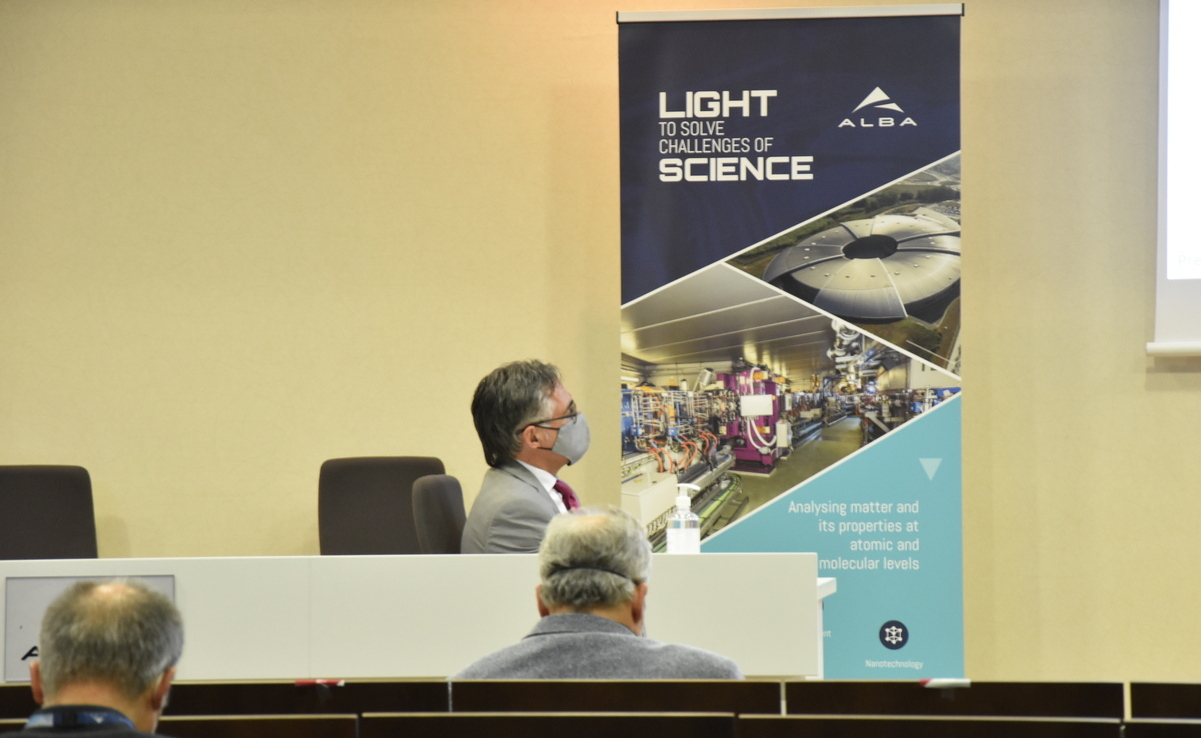