Carbon nanocapsules, filled with stable Samarium atoms, are activated with neutrons just before entering the body. This novel nanomaterial-based system is effective for both biomedical imaging and cancer radiotherapy.

Advances in nanomedicine for the treatment of cancer are aimed at the production of increasingly efficient, biocompatible, and intelligent therapeutic agents. One of the most promising treatments includes the use of radioactive nanoparticles, administered intravenously to the body, to deal with tumours.

Now, an international team formed by researchers from the Institute of Materials Science of Barcelona (ICMAB-CSIC) and the Catalan Institute of Nanoscience and Nanotechnology (ICN2), together with other research centers and universities in the United Kingdom (King's College London, Queen Mary University of London), France (University of Strasbourg), Greece (University of Ioannina Medical School), Czech Republic (Czech Technical University, J. Heyrovsky Institute of the Physical Chemistry,) and Italy (University of Trieste), and a French company (Cis Bio International), within the framework of the European project RADDEL (Radioactivity Delivery), have managed to prepare stable nanocapsules which, once irradiated with neutrons, are activated and achieve levels of radioactivity about 100 times higher than those achieved in previous studies, allowing to reduce the proliferation and growth of cancerous tumors. The study was published this December in the journal ACS Nano.

High radioactivity: the key to stopping the growth of tumors

This large radiation achieved allows the nanocapsules to be used for radiotherapy against cancer, and not only for biomedical imaging studies, as has been the case until now. Biomedical imaging requires lower radioactivity, as it is used to detect in real time the presence and position of nanocapsules within the body. Radiation therapy, on the other hand, requires a higher level of radiation, since it allows the destruction of the cancer cells that form tumors, in a localized manner. The high level of radioactivity achieved in this study also allows the dose administered to be much lower than with other treatments.

More studies still need to be done to calculate optimal doses and side effects, but the existing results are very promising," explains Gerard Tobías-Rossell, researcher at ICMAB-CSIC. 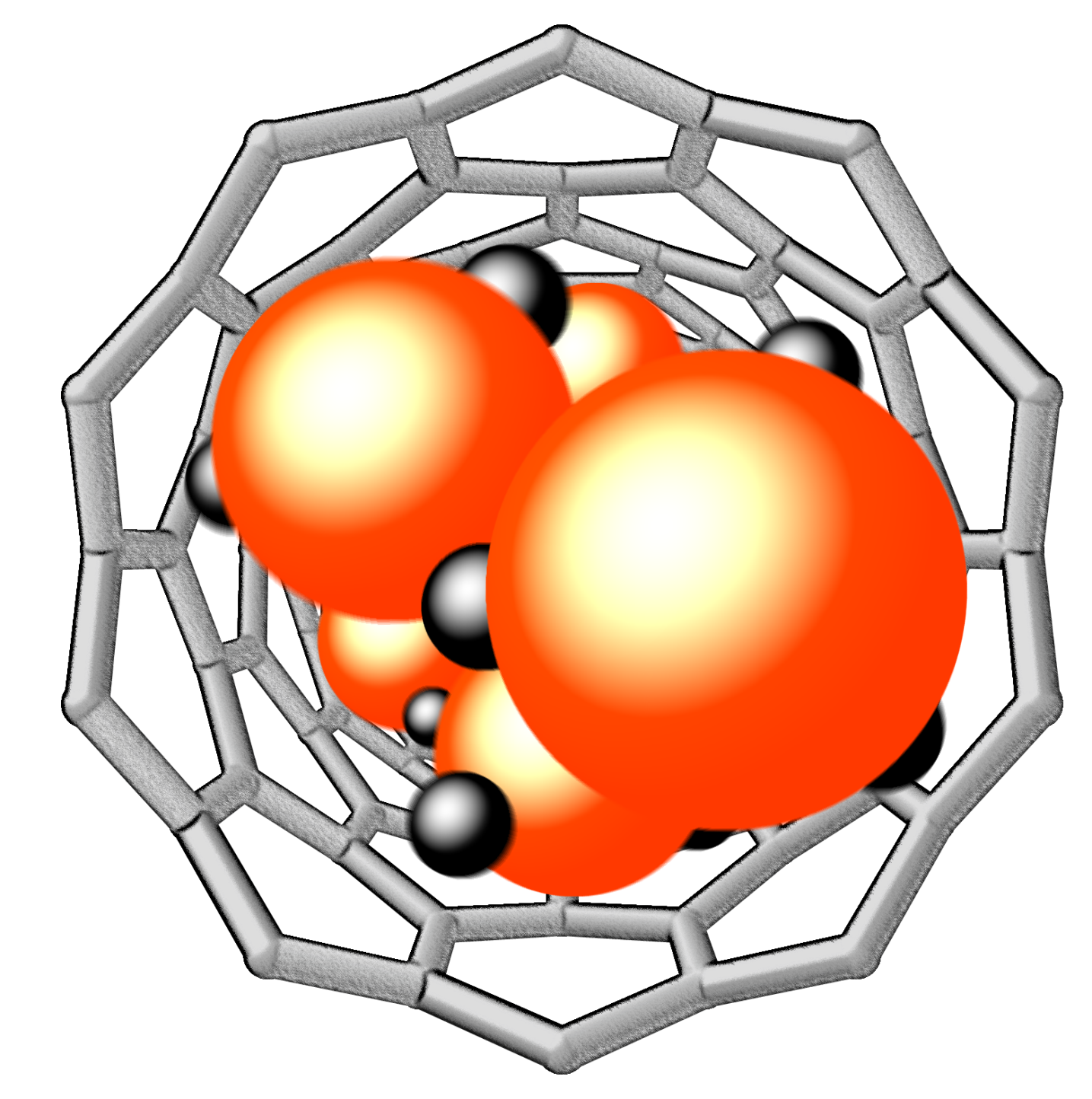 Figure: The Samarium Chloride atoms inside the Carbon Nanotubes Nanocapsules. First as stable atoms, and after being activated with neutrons, they become radioactive.

Nanocapsules are formed by carbon nanotubes, i.e. sheets of graphene rolled up and sealed at the ends.

"These nanocapsules are impermeable, as the graphene wall does not allow the radioactive atoms inside to spread to the rest of the body," affirms Tobías.

The inside atoms are samarium atoms (samarium chloride), already used in hospitals as a palliative for bone metastases. When nanocapsules are prepared, the atoms are not radioactive. Only after being irradiated with neutrons, the stable 152 isotopes become radioactive 153 isotopes useful for cancer treatment.

Working with non-radioactive particles has many advantages: on the one hand, it allows the entire process of filling the tubes and further processing to be performed in any laboratory without radioactive facilities. It also reduces the generation of radioactive waste and the researchers’ exposure of these products. In addition, it alleviates the time constraints imposed by the use of radioactive elements, as these generally require much faster handling. Nanocapsules can be stored without any special requirements until the day they are used.