During the second and third weeks of February, the ICMAB will be celebrating the International Day of Women and Girls in Science, which was declared in 2016 by the United Nations to be on February, 11.

This day is being celebrated by other research centers, universities, science museums and other institutions and associations related to science, in order to raise awareness of the persistent gender gap in science, and raise the profile of the work of female scientists. The global goal of is to achieve a full and equal access and participation in science for women and girls, and to achieve gender equality and the empowerment of women and girls.

At the ICMAB we organize a series of events, also joining the Spanish national initiative "11defebrero.org". As a research center, we want to participate, together with the international community, providing a platform to show cases of women who became scientists and suceeded, encouraging scientific vocations by explaining stories of women scientists to secondary school students, and raising awareness among our staff.

Some of the activities are listed below, or you can also download our program here.

On 9 February we will be hosting Montse Ribell, from Agrupació Astronòmica Sabadell, who will give a seminar about Mileva Maric, a brilliant mathematician of the XIX century eclipsed by a man, Einstein. This event is open to the public. After the seminar, in orther to visualize the quantity of women scientists in our center, we will make a group photo outside the building. 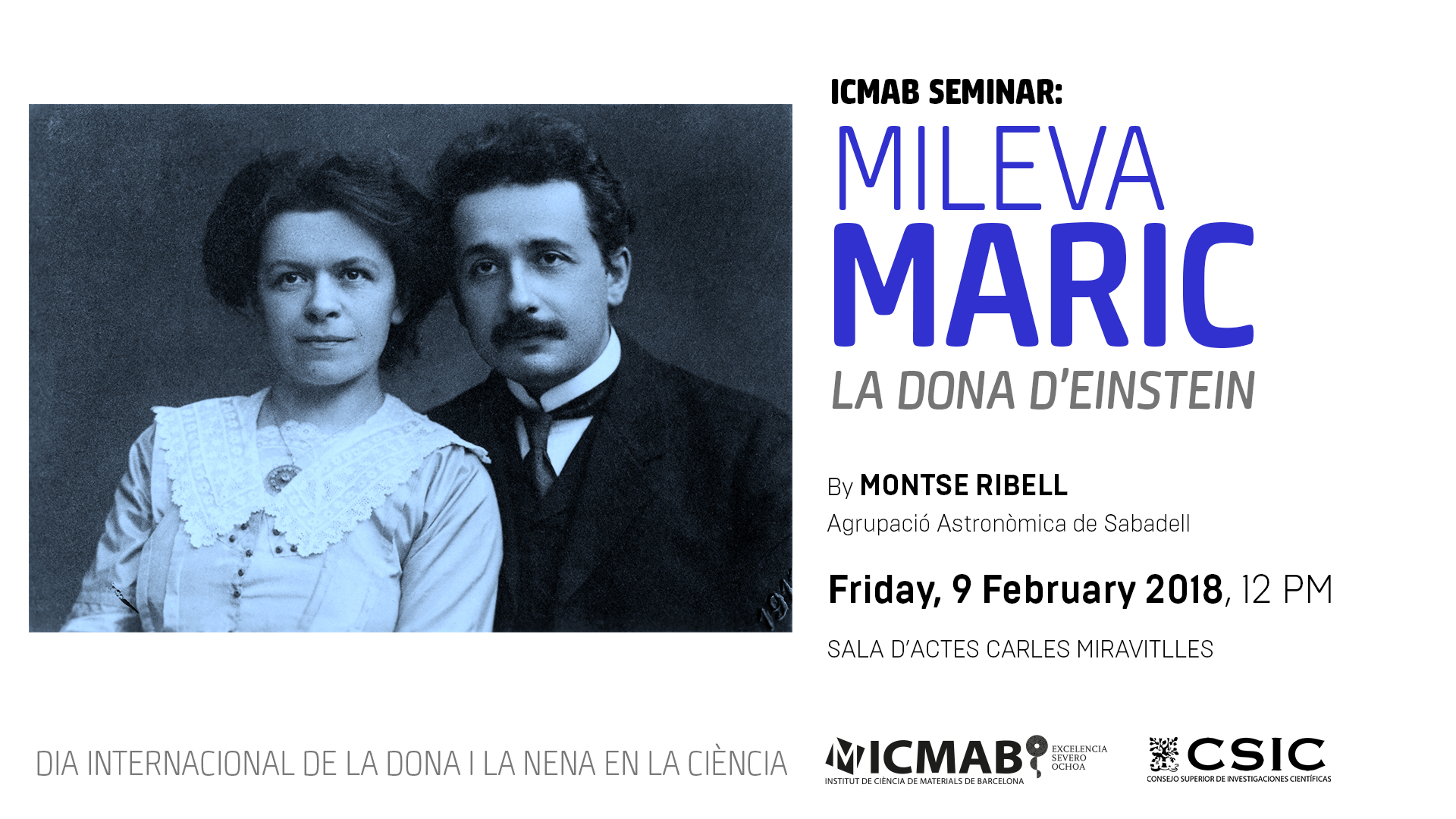 "I became a scientist"

How and why did the women at ICMAB became researchers? Did they want to do science when they were kids? Discover it in the slideshow with some short personal stories and photographs of some of our women researchers. The
slideshow will appear on the screens of the building, and on the website very soon!

This play, written and performed by a group of ICMAB women, aims at encouraging scientific vocations in young girls by showing them some personal stories of brilliant women who have made enormous contributions to science throughout history. The representation will be on 13 February at IES Quatre Cantons Poblenou (Barcelona).

Also within the framework of "11defebrero" and "A researhcer in your classroom", researcher Ana M. López will give a talk to secondary school students at La Ferreria (Montcada), Stefania Sandoval at La Guineueta (Barcelona), and Esther Barrena at Institut Provençana (Hospitalet de Llobregat). Anna Roig will bring the play "Madame Châtelet..." at Escola Can Periquet (Palau-solità i Plegamans),

At ICMAB we would like to raise awareness about gender issues also among our staff. In the ICMAB hall we will hang some posters with some quizzes prepared by the Gender Committee about curious facts on women in science and gender issues. Try to answer them, it will be fun! Some questions will also be on our screens.

Anna May, Communication & Outreach Officer, and Mariona Coll, researcher at the Superconducting Materials Groups, participate on February 6 at a roundtable on "Women and Science: Breaking Stereotypes", at Ateneu Barcelonès (Barcelona). The event is organized by EspaiNANO, the Gender Committee of the Physics Department at UB, and the Nanoscience and Nanotechnology Festival "10 a la menos 9".