Blasco concludes her mandate recalling that "SOMMa has the potential to continue generating science of excellence for the future and to inspire other centers to continue working hard to maintain or achieve accreditation". Blasco, director of CNIO since 2011, leaves the position after two years in which she has worked closely with different political bodies to promote the reform of the recent "Ley de la Ciencia", as well as joining the Advisory Committee of the Office of Science and Technology in Congress, to provide scientific advice on issues of interest relevant to society.

The SOMMa Alliance begins a new stage with María José Sanz, one of the most recognized scientists in the field of climate change, who has been directing since 2016 the Basque Centre for Climate Change (BC3), a research center located in Bilbao that brings together a diverse research community from the natural and social sciences working to generate scientific evidence with the aim of providing solid information to address the challenges of climate change and favor sustainable development.

"Our alliance offers us a privileged perspective to analyze, debate and offer solutions that allow us to push our science and transfer it to the decisions of the country's governance" highlights the new president Maria José Sanz.

With this change of presidency, the two vicepresidencies are also renewed and will be occupied by Antonio Molina, director of the Center for Plant Biotechnology and Genomics (CBGP-UPM-INIA) as first vicepresident and Isabel Márquez, scientific director of the Institute of Astrophysics of Andalusia (IAA) as second vicepresident. 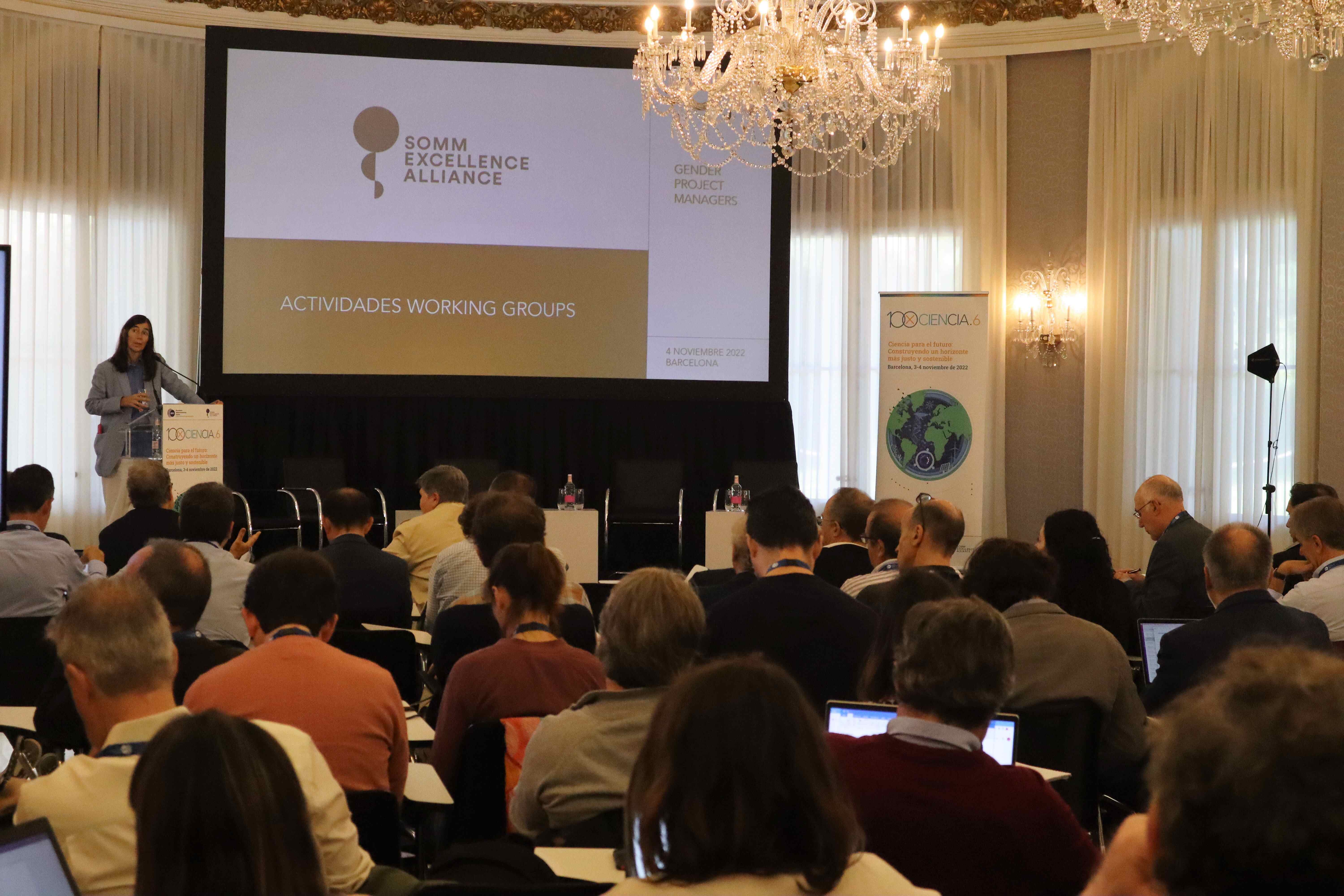 María Blasco at the SOMMa General Assembly in the framework of the 100xCiencia.6 SOMMa Meeting at Palau Reial de Pedralbes | ICMAB, CSIC

This change of presidency took place during the general assembly held in Barcelona last Friday, November 4, 2022, within the framework of the 100xCiencia.6 meeting: "Science for the future. Building a fairer and more sustainable horizon", co-organized by the SOMMa alliance and the Barcelona Supercomputing Center-National Supercomputing Center (BSC-CNS), bringing together more than 200 attendees, who discussed the major challenges of health, climate emergency and sustainable development, artificial intelligence and digitization.

The meeting, which was inaugurated by Raquel Yotti, Secretary General for Research of the Ministry of Science and Innovation, highlighted the strategic role of the alliance, assuring that "SOMMa is setting a benchmark for the research community and its role is essential to continue improving the scientific ecosystem of our country".

Recently, the Ministry of Science and Innovation announced an increase in funding for the Severo Ochoa and María de Maeztu grant program, from 44 million euros to 54 million euros.

The Severo Ochoa and María de Maeztu Alliance (SOMMa) currently brings together 59 leading Spanish research entities with nearly 12,000 researchers from different disciplines. Its aim is to boost Spanish science by recognizing existing cutting-edge research centers, as well as helping them to increase their impact, international scientific leadership and competitiveness.

The centers accredited in this resolution with the Severo Ochoa distinction are:

Anc the units that received the María de Maeztu accreditation: