Absorb more light while using less material: This constitutes one of the most complicated milestones in the field of organic photovoltaics due to its practical implications: improving the efficiency of solar cells, (potentially) their stability and their semi-transparency to the human eye. Now, the achievement of such milestone seems to be closer than ever.

Researchers from Imperial College London (United Kingdom), Linköping University (Sweden) and ICMAB-CSIC have led a study published in the journal Energy and Environmental Science detailing strategies on how to maximize the light absorption of photosensitive materials used in organic solar cells. These devices are called to complement traditional silicon in contemporary architecture, whether in the form of semi-transparent smart windows, on the same facade, roof, or even covering greenhouses, thus reducing their carbon footprint. In indoor environments, such as the home or office, organic photovoltaics already has its own market while largely displacing silicon (which is opaque and inefficient indoors).

In organic solar cells, the semiconducting materials responsible for absorbing light and converting it into electricity are carbon-based derivatives, either polymers or small conjugated molecules (where single and double carbon bonds alternate). The recent introduction of a new family of non-fullerene acceptor (NFA) materials (acting as n-type semiconductors), which do not derive from the traditional fullerene, are responsible for a true technological revolution, with efficiency records nowadays approaching 20% in the laboratory scale. Compared to the workhorse fullerene, NFAs allow a better adjustment of the band gap and a significant reduction in energy losses, thus supporting a better optoelectronic complementarity with the p-type semiconductor (typically a conjugated polymer). Furthermore, NFAs show an extraordinary ability to absorb visible and/or near-infrared light even more efficiently than the conventional p-type semiconductors. However, the fundamental characteristics that make NFAs such good light absorbers have not yet been studied in an orderly and rational manner, which prevents the development of new materials beyond the current state of the art. 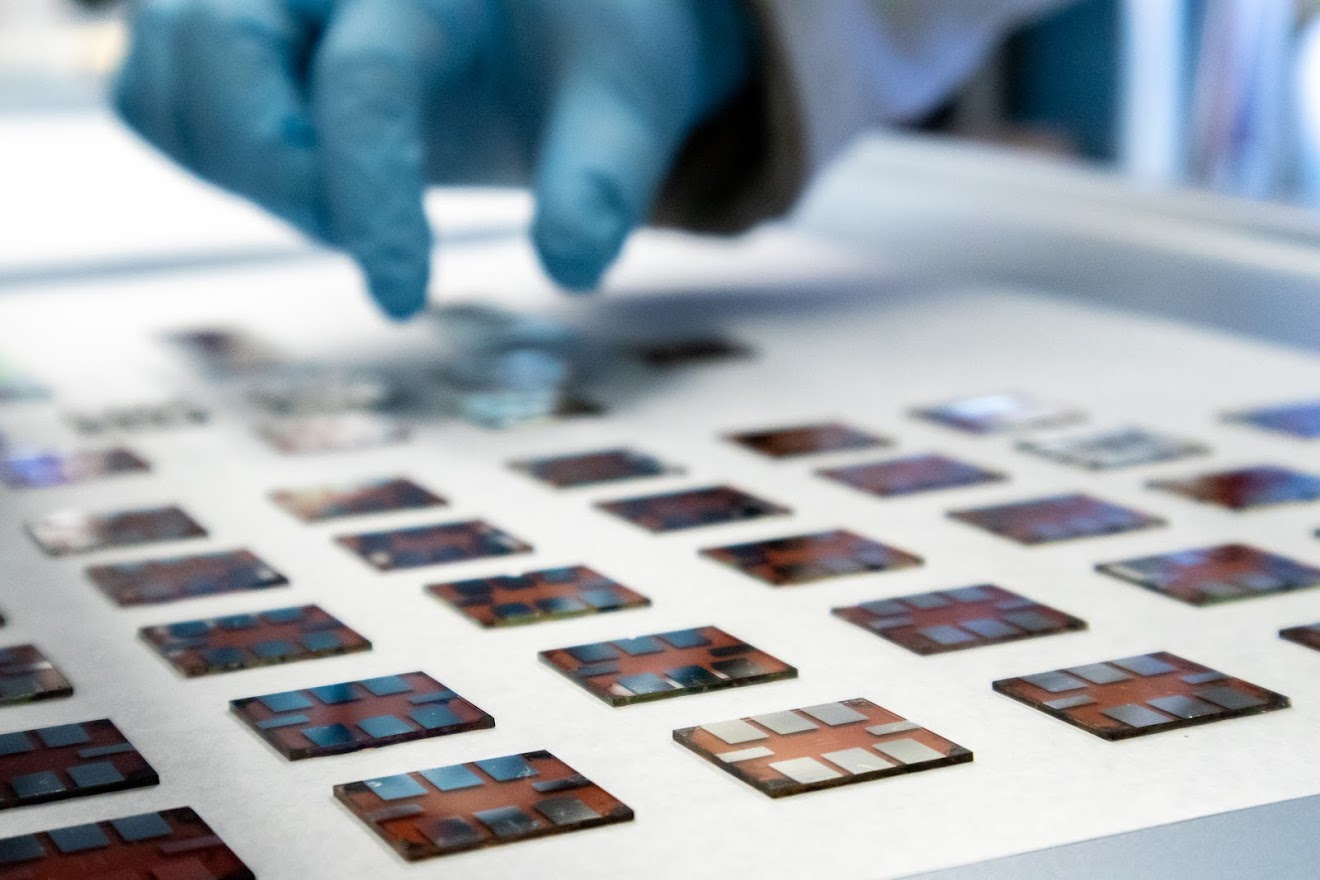 Researchers from the British, Swedish and Spanish academic institutions, led by Professor Jenny Nelson (Imperial College London) and Mariano Campoy-Quiles (ICMAB-CSIC), introduce in their new article a catalogue of design rules to make small conjugated molecules more absorbent, including the aforementioned NFAs. Their methodology is based on building a computational database initially made up of more than 3,500 different molecules, which is then used to compare experimental results in terms of light absorption strength. One of the main findings of the work consists of identifying that the highest correlation between theoretical calculations and experiments occurs for molecules (such as NFAs) in their liquid state. This is due to the limitations of current calculation methods when it comes to reproducing the conditions of conjugated molecules in the solid state, which is how they are found functionally in conventional solar cells.

Next, and through the geometric and chemical analysis of the molecules, the researchers observe certain molecular characteristics that maximize the light absorption strength in conjugated molecules: the linearity of the molecule itself, its chemical heterogeneity (corresponding to the number of non-carbon atoms that contains) and its degree of conjugation (corresponding to the number of carbon-carbon double bonds it contains), among other characteristics. An exhaustive statistical analysis of their chemical fragments (moieties) serves to identify which are more likely to be part of highly absorbing molecules. This classification, presented as a catalogue of design rules, will more precisely guide the synthesis of novel highly absorbent molecules for the organic solar cells of the future.

Finally, and with the aim of accelerating the screening of new materials from a theoretical point of view, the authors propose using machine learning models and semi-empirical approaches to significantly reduce the computational cost of the calculations. A lower computational cost implies performing molecular screening routines that are fast and accessible even from a desktop computer, which increases the accessibility of the screening methods to any laboratory as required and without further investments. Their results show that machine learning models based on decision trees (random forests) can be up to four orders of magnitude faster in screening new molecules than conventional methods purely based on density functional theory (DFT) calculations. With these results in mind, highly efficient, building-integrated and semi-transparent organic solar cells are now one step closer to reality.