Great experience in bringing organic electronics to an Adult School

ICMAB participated in the ESCOLAB programme "Connectem" to connect research with schools.

"Connectem" at CFA Singuerlín | ICMAB
Until this year, our participation in ESCOLAB consisted in organizing school visits and experimental demonstrations at ICMAB. We received the visit of many secondary schools in our research center.
However, with the pandemic, these activities stopped, and we started offering some online talks to schools, which were also better than nothing, for all the students that were interested in science.
This year, instead of participating like the pre-pandemic period, by receiving school visits at ICMAB, we decided to participate in the new ESCOLAB programme "Connectem", which wants to connect the research of the center with the schools.
From ICMAB, Sergi Riera, researcher at the eMolMat group, and Anna May, communication officer, particiapted in the project. The school was the CFA Singuerlín (in Santa Coloma de Gramenet), which is a school for adults. We worked together with Lídia Iglesias, the science teacher of this school. 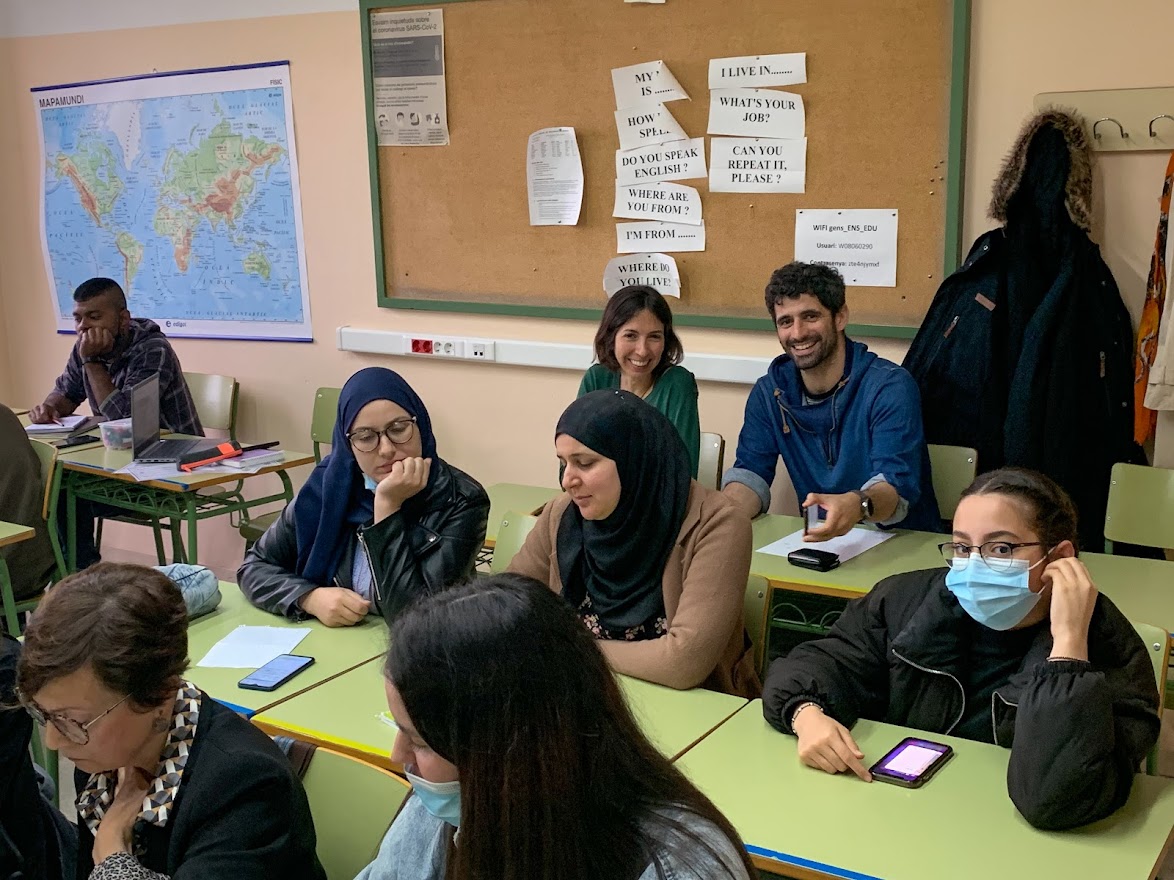 Anna May and Sergi Riera in the school class in CFA Singuerlín | ICMAB
This programme is organized in the following way: in a first session, a researcher from the center gives a talk about a scientific topic, in the school. The communication officer also joins the visit, to introduce the research center and to explain the project the students have to do during the following days.
In our case, Sergi Riera, ICMAB researcher at the eMolMat group, gave a talk on "Organic Electronics", and the students were asked to find a device/application for a near future using organic electronics. The idea is that these electronics, compared to electronics based on Silicon, are more flexible, light, tuneable, and low-cost, so a new range of applications can be envisaged.
During two (or three) more days, in school hours, the students have to prepare their project, related to the scientific topic discussed in the first class. 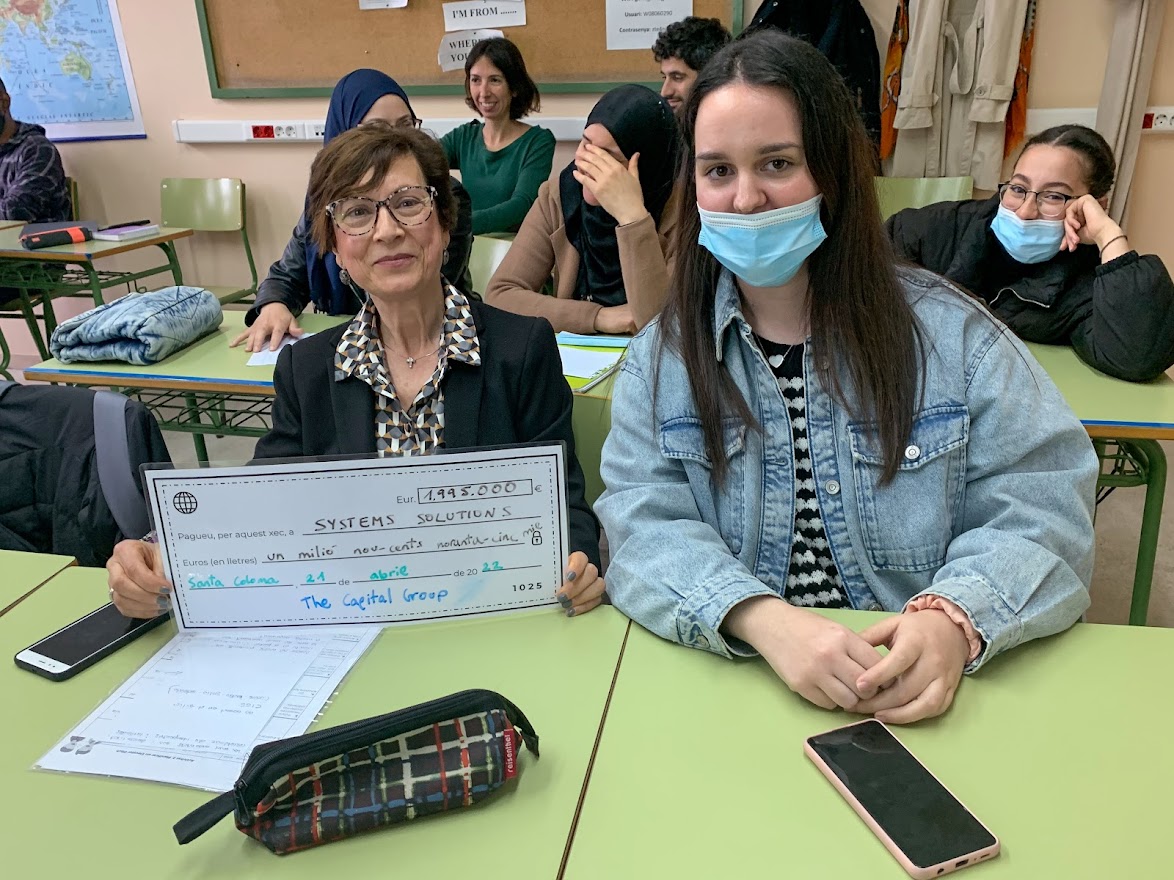 Winners of the session at CFA Singuerlín | ICMAB
Then, in a fourth session, the ICMAB researcher and the communication officer return to the school, so the students can present their project, and can be evaluated. In our case, we pretended that the projects were presented in front of some important investors, and then all the class voted for the best projects, the ones who would receive money to carry out their innovative idea. In the photos you can see the winners!
In our case, the students had to present, in group, a new device that could offer new solutions to some of the problems they could imagine. The restriction was that these new devices had to be created with organic electronics. From ICMAB we were impressed with the imagination of the students and with the proejcts they presented: glasses for blind people that transmitted the images with electric impulses to the brain, mobile phones that could charge themselves with a photovoltaic screen, roads that had the capacity to charge electric vehicles circulating on them, a sweater that could regulate the body temperature and ease the pain, or photovoltaic tiles made or organic polymers that could be used for the roof and for the terraces.
"It has been a real pleasure to work with these students. They all were very eager to learn and participate!" says Sergi Riera after the experience. 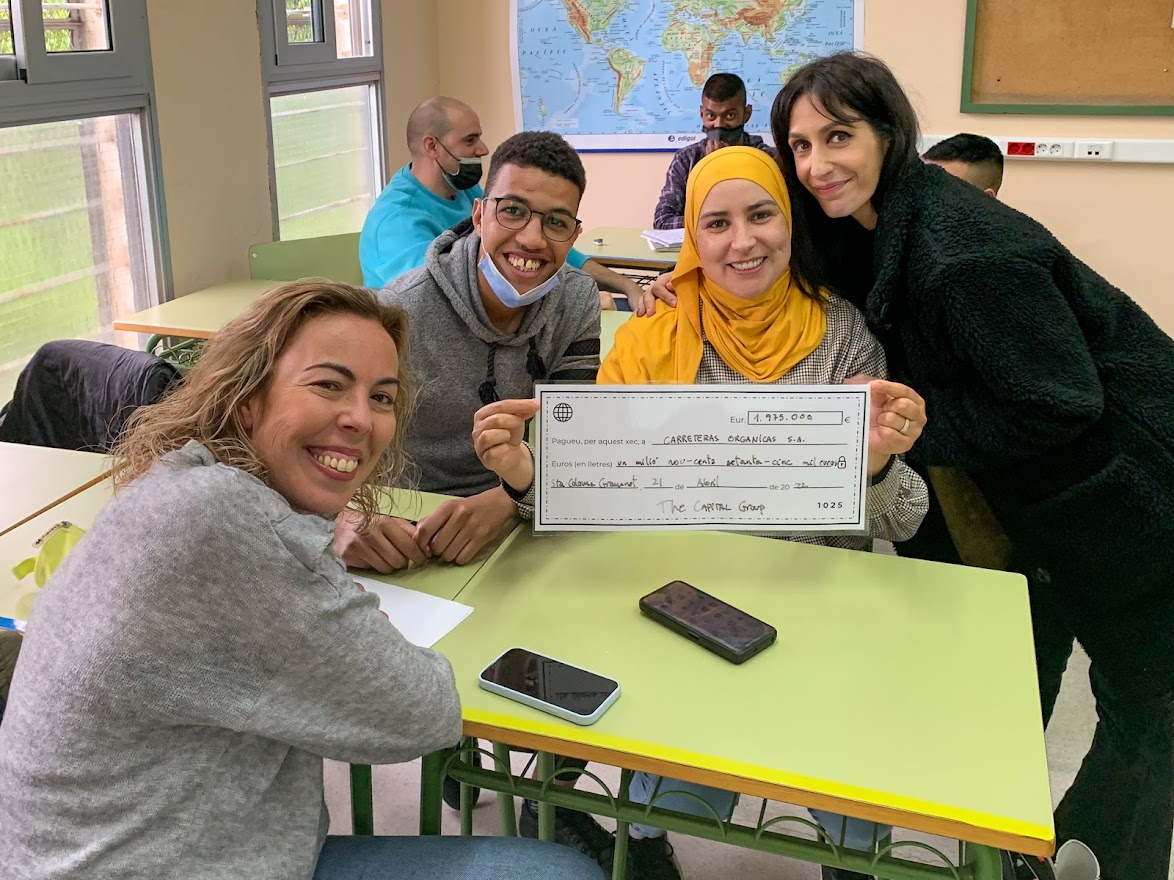 2nd prize winners at CFA Singuerlín | ICMAB
"When we started the project, we thought that we would do the programme with secondary school students, aged 16-18. However, in the end we participated with CFA Singuerlín, a school for adults, and the experience has been much better than we thought it would be. The students were all very participative, they were attentive in class, they had great ideas for the projects, and they were happy to meet us, from ICMAB. I think it is also very important that adults, grown ups, have more scientific knowledge, because, in the end, they are the ones that are the mirror for the young ones, for their kids, and they are the ones who are now taking decisions and voting. So, the more informed they are, the better. There should be more programmes related to science for them" says Anna May.
In a fifth session, the students are invited to come to the research center to visit the installations. They will come this May. When the students knew they were coming, they were full of joy.
Thank you ESCOLAB, for this opportunity! 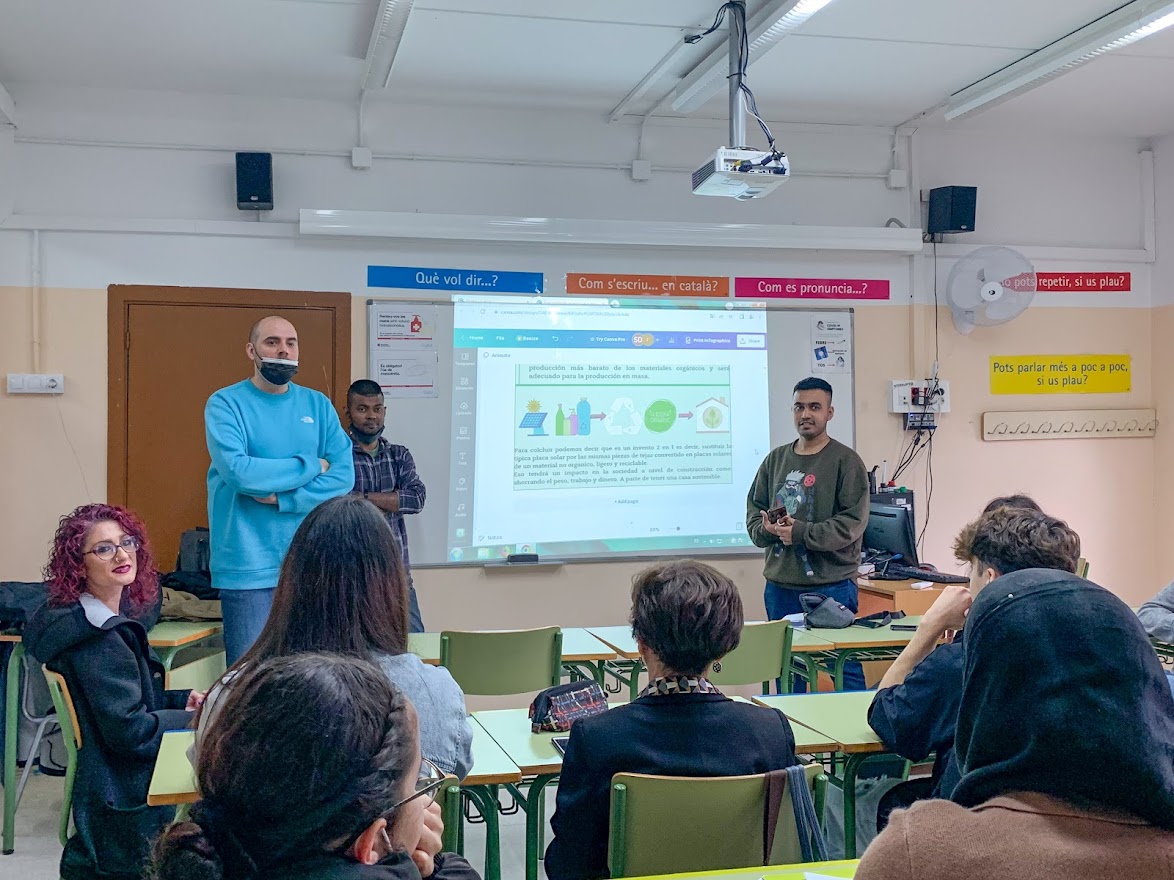 One of the groups presenting their project | ICMAB
Take a look at more photos of the session.
Hits: 314
Back to Homepage