To commemorate this anniversary, a ceremony was held at the CSIC Delegation in Barcelona, with the attendance of the Secretary General for Science Policy, the President of the CSIC, and the Government Delegate in Catalonia. 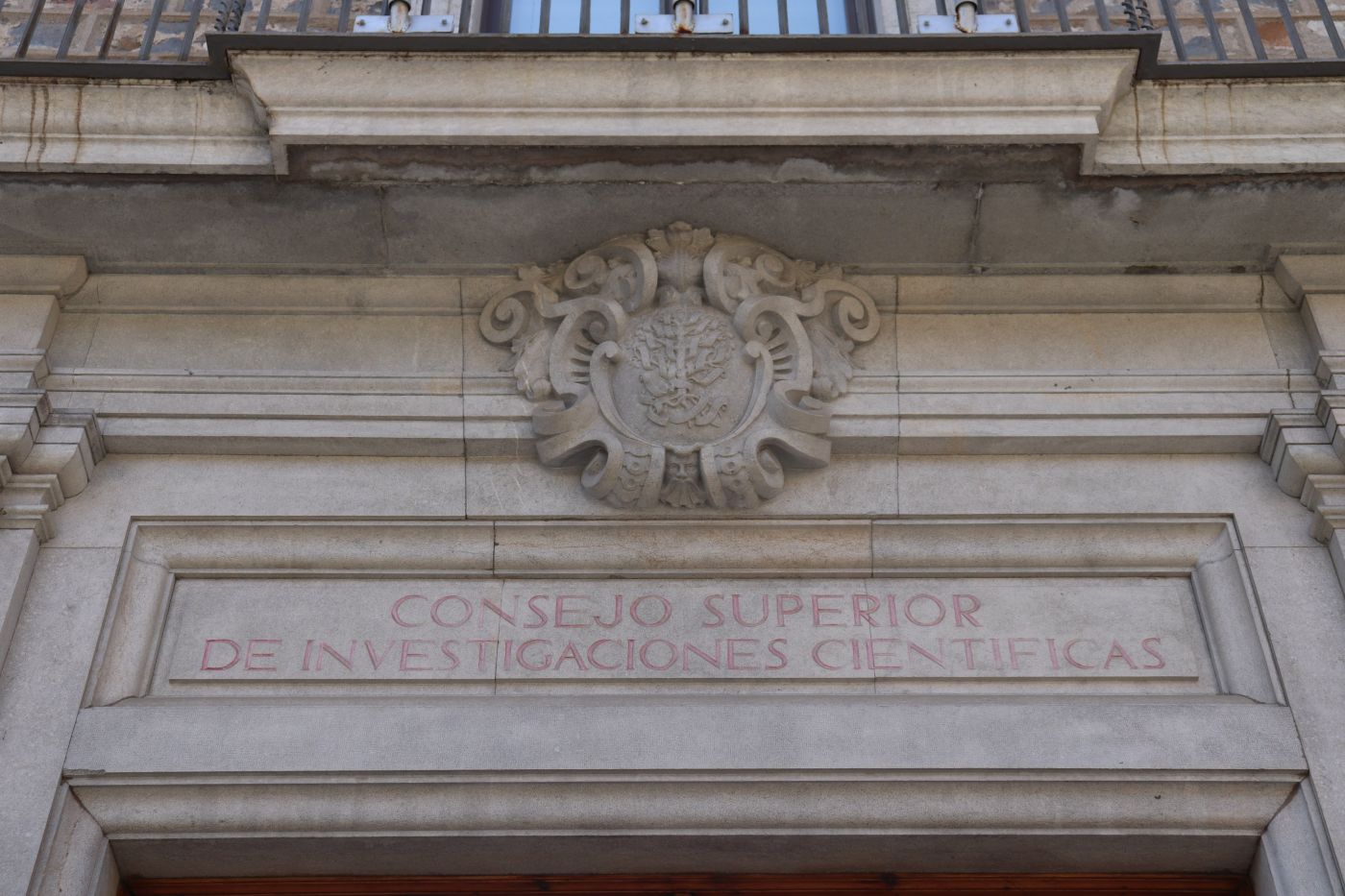 Eighty years ago, in November 1942, the presence and activities of the CSIC in Catalonia began. It was through the signature that gave rise to the official creation of the Barcelona Delegation of the Consejo Superior de Investigaciones Científicas (CSIC), the first to be constituted as such in Spain.

To commemorate this anniversary, a ceremony was held on Friday, 25 Nov 2022, at the Delegation in Barcelona, with the attendance of the Secretary General for Science Policy, Raquel Yotti, the President of the CSIC, Eloísa del Pino, the Government Delegate, Maria Eugenia Gay, the Vice Presidents of the CSIC, and the institutional delegate of the CSIC in Catalonia, Luis Calvo.

The event was attended by the directors and managers of the CSIC centers in Catalonia, representatives of universities, the City Council and numerous entities that are part of the Catalan R&D system. 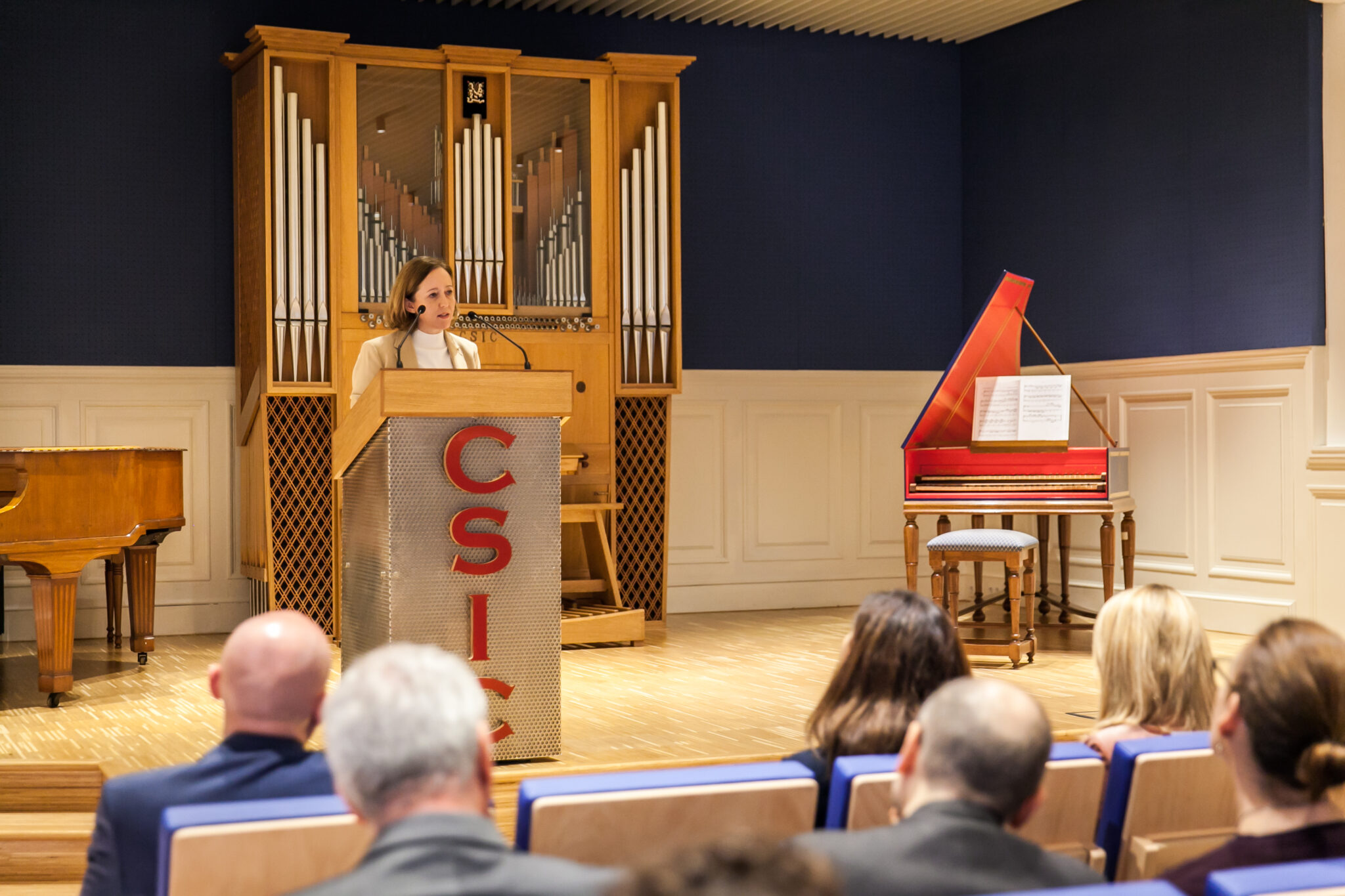 The CSIC President Eloísa del Pino, at the 80th Anniversary of the CSIC in Catalonia | CSIC

While the beginnings of the CSIC in Catalonia are linked to research in the humanities, medieval history, musicology and philology, today research has been extended to multiple disciplines. At present, cutting-edge research is carried out in the fields of microelectronics, nanotechnology, biomedicine, the environment, space sciences, geology, artificial intelligence, economics and the management of fishery resources, providing qualitatively important knowledge such as that related to urban pollution.

The CSIC in Catalonia is present through 21 centers (14 of its own, 3 mixed, 4 associated), 3 administrative and management units, in addition to the Residence for Researchers CSIC-Generalitat and the Delegation itself.

It has a staff of more than 1600 people. In addition, it manages two large singular scientific infrastructures. On the one hand, the Clean Room of the Barcelona Microelectronics Institute, a 1500 square meter facility dedicated to Micro and Nano fabrication (SBCNM), located on the UAB campus. On the other hand, the Spanish Antarctic bases and oceanographic research vessels, managed by the Marine Technology Unit (UTM). The fleet of scientific oceanographic vessels managed by the UTM is currently four and in the near future will be expanded with the Odón de Buen, with state-of-the-art technology and which will be the largest oceanographic research vessel in the Spanish fleet. The distributed ICTS NANBIOSIS devoted to preparation and characterization of nanomaterials for nanomedicine is also present in several institutes of  Catalonia.

The CSIC also participates in the Catalan R+D+i system, forming part of the boards of trustees of entities such as the Barcelona Science Park, the UAB Research Park, IDIBAPS, IEEC, BES, FEA, CETAQUA and maintains close relations with the Alba Synchrotron and CSUC. 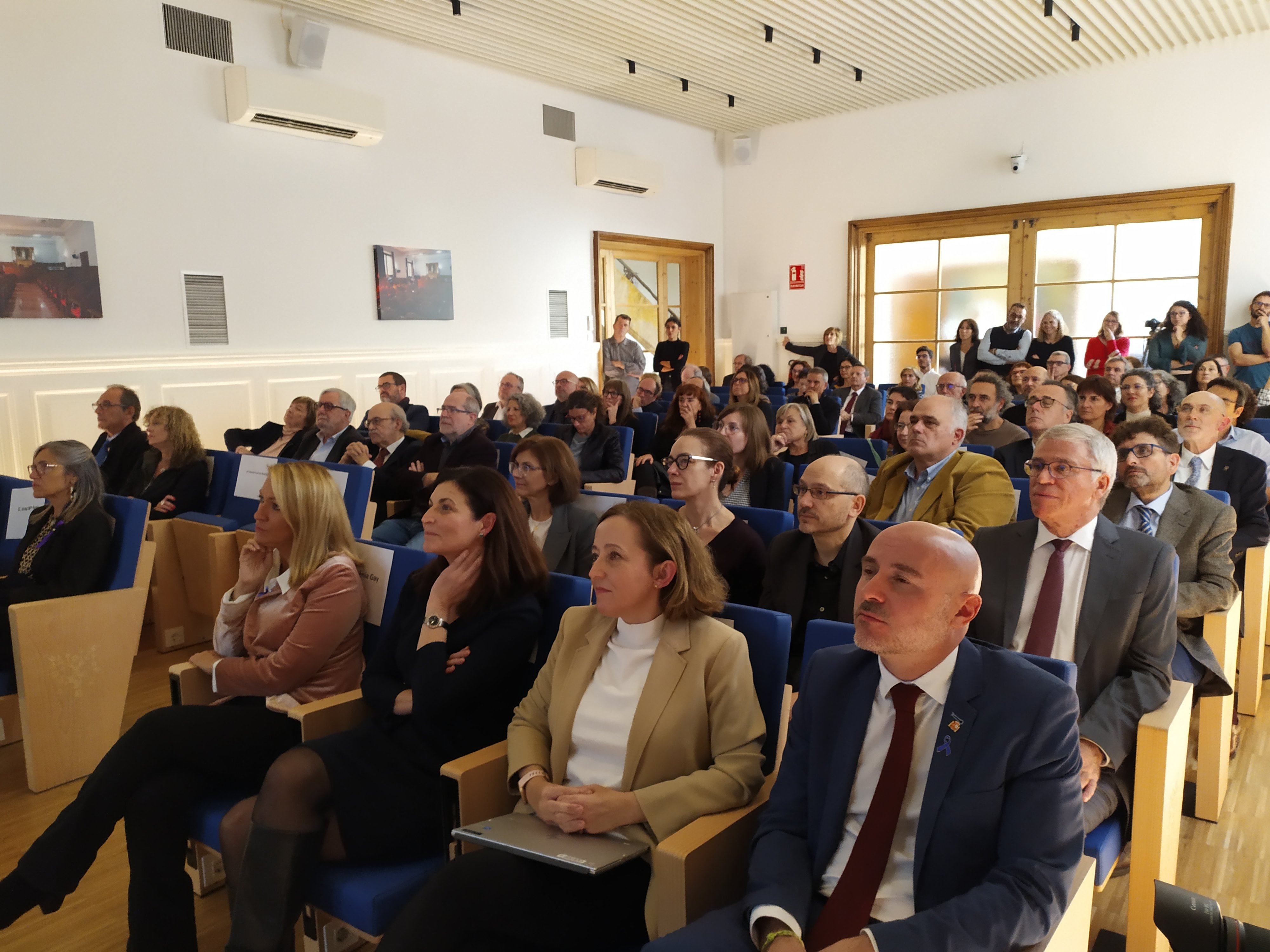 CSIC's activities in Catalonia were first articulated through collaborations with institutions such as the Municipal Historical Archive of Barcelona, the Library of Catalonia and, above all, with the University of Barcelona (UB).

One of the oldest living research projects is the Glossarium Mediae Latinitatis Cataloniae, a glossary of medieval Latin from Catalan sources from 800 to 1100. It is currently being developed at the Milà i Fontanals Institution of the CSIC, with the collaboration of the Institut d'Estudis Catalans and the University of Barcelona. This allowed the so-called "School of Philology of the CSIC" to begin in 1956, directed at that time by Professor Marià Bassols de Climent, who began to work on the analysis and emptying of medieval Hispanic Latin texts, continuing the work that Balari i Jovany had begun at the end of the 19th century and that Nicolau d'Olwe had already continued in the 20th century. It soon became evident that it would be difficult to create a single European glossary, since Latin in different territories evolved into different languages. It then became clear that it was advisable to start a glossary of Catalan documentary sources, which materialized in the current Glossari Mediae Latinitatis Cataloniae. 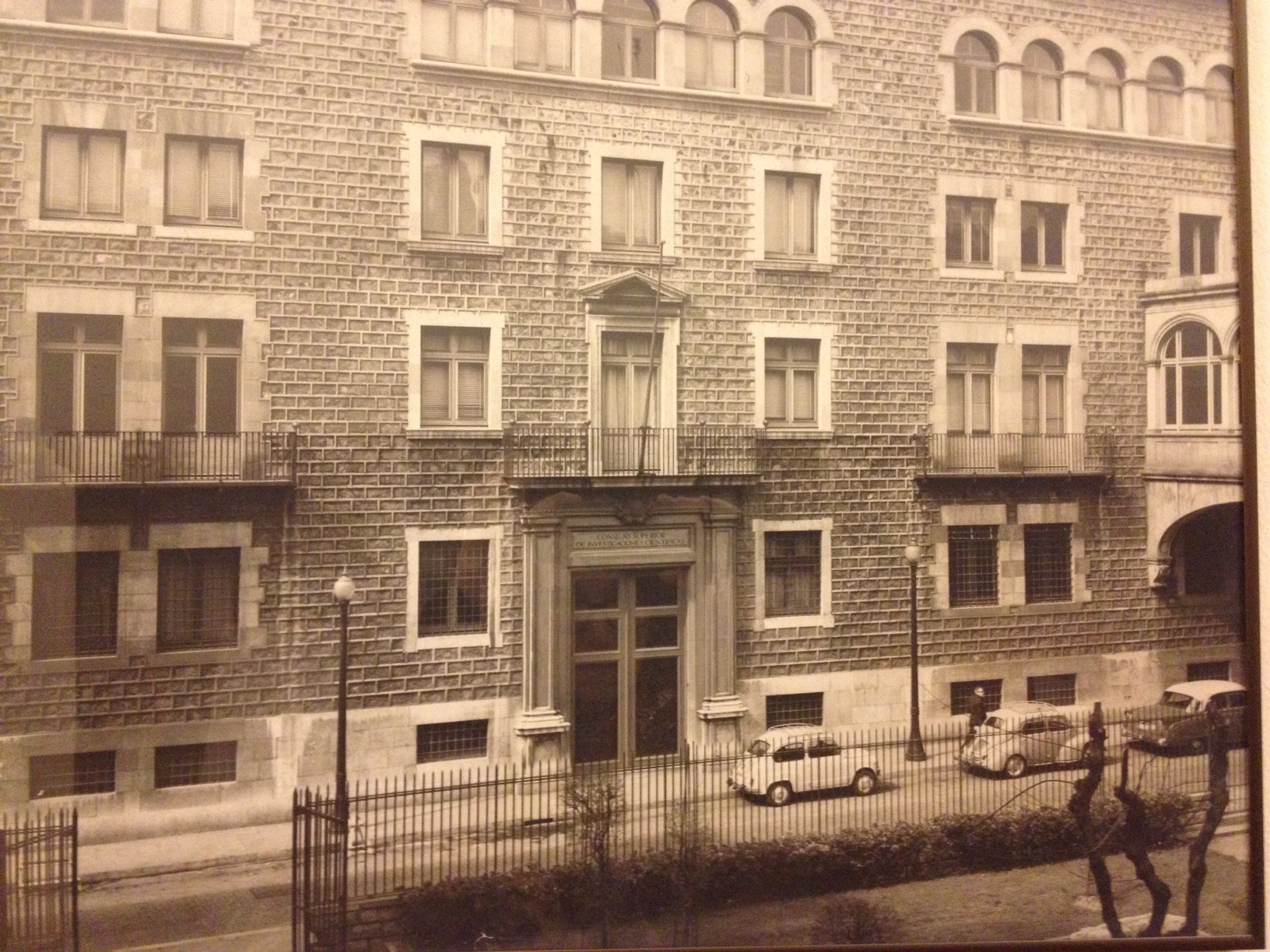 Building of the CSIC Delegation in Catalonia | CSIC

Text by the CSIC Delegation in Catalonia