Organic electronic devices with an X-ray sensitivity competitive with the inorganic devices in the market are developed at the Nanomol group at the ICMAB, by Marta Mas-Torrent et al. and published today, May 1, 2020, in Nature Communications.

Radiation detectors (such as X-ray detectors), in which the radiation is directly transduced into an electrical signal, have many applications in the field of security, quality control, or medical diagnosis and treatment.

Currently, the best performing detectors in the market or reported in other studies are based on inorganic materials (amorphous selenium, polycrystalline films of cadmium, zinc and telluride, diamond, or organometallic perovskites containing lead). The use of organic small molecules and polymers arise as interesting candidates due to their potential for flexible devices, and their cost-effective processing technologies, and open the way for several innovative applications, spanning from medical diagnostics to public safety, space, cultural heritage, and environmental monitoring, overcoming the limitations of traditional inorganic semiconductor X-ray detectors.

The study, published now in Nature Communications, reports the use of organic field effect transistors as X-ray detectors, which offer the possibility to be fabricated on large area at low cost and on flexible substrates.

The devices fabricated are based on a benchmark commercial organic semiconductor blended with a low-cost insulating binding polymer, polystyrene. Thin films of this blend have been deposited employing a solution shearing technique compatible with high throughput roll- to-roll processes and in ambient conditions.

“In this work, we investigated on the mechanisms of ionizing radiation detection in this class of organic materials to establish guidelines to improve their performance. We modified the processing of the organic semiconducting thin films to tune the thin film morphology, which has been exploited as a tool to maximize the detection capability of such devices, both in terms of enhanced sensitivity and limit of detection” explains Marta Mas-Torrent, leader of the study within the Nanomol group, at the ICMAB.

The study is in collaboration with the University of Bologna, and the National Institute for Nuclear Physics in Bologna (Italy). 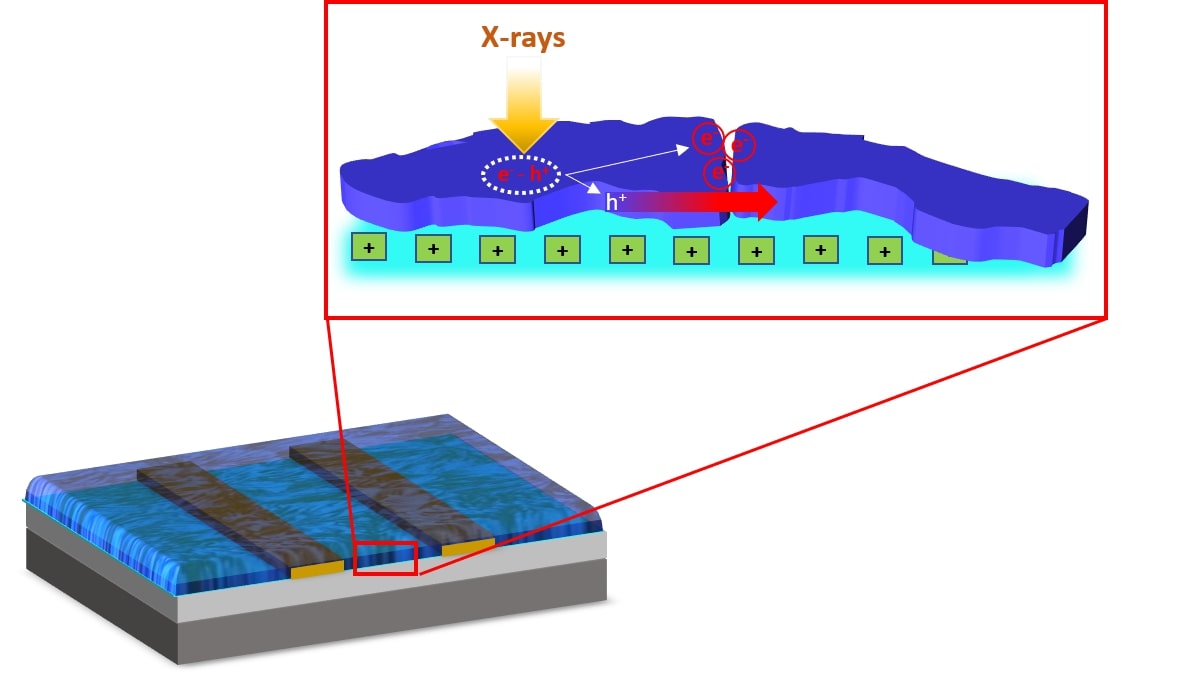 Figure 1: Organic thin film. Inset: Detection process when X-ray radiation occurs. The radiation is transduced into a movement of electrons.