ICMAB at ExpoMiner: The science talks and demos attracted more than 450 visitors

ICMAB participated on 10,11,12 November 2017 at ExpoMiner, the exhibition of minerals, fossils and jewelry, with some outreach talks given by four of our researchers, and science demos in our stand about superconducting materials, photovoltaic energy, batteries and graphene. According to ExpoMiner, which highlighted that the science talks and demos had been very popular among the visitors, all the talks and workshops of the exhibition attracted more than 450 visitors, which represented a 12.5 % increase respect to last year. 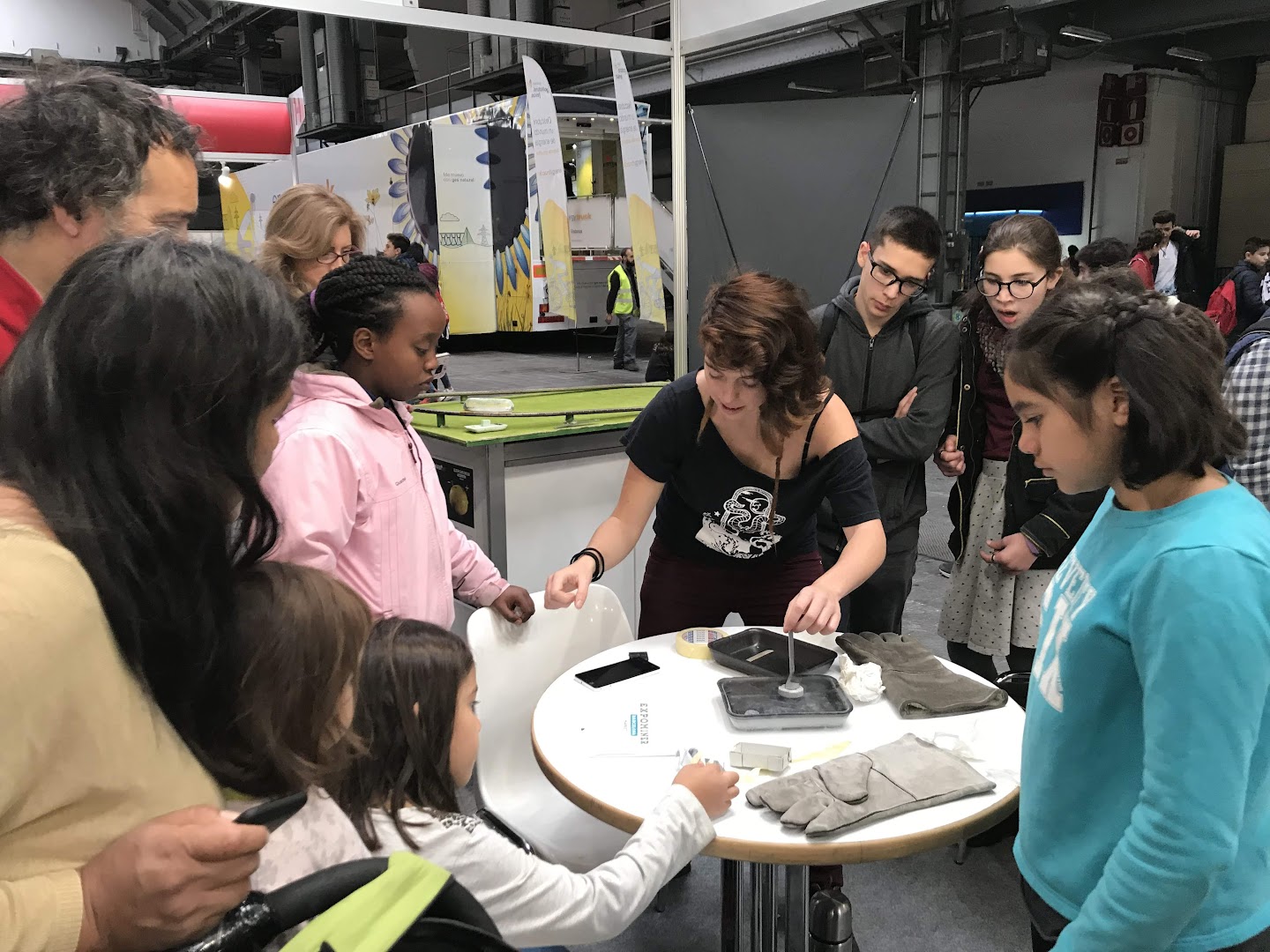 According to the president of ExpoMiner, Prof. "ad honorem" of ICMAB-CSIC, Carles Miravitlles, "we are very pleased with this year's edition, especially regarding the scientific outreach, given that we have filled in all the workshops and organized talks". On the other hand, the director of the event, Marta Serra, thanked "the trust of our exhibitors, that enables ExpoMiner to continue strengthening its leadership as one of the most important commercial event of the sector, both locally and nationally."  This year, more than 100 companies were present at the event, which made increased the exhibition area by 6 % compared to the 2016 edition.

Some facts & figures of this year's edition:

From ICMAB, we are very happy with the activities organized by our enthusiastic researchers, and we would like to thank all our volunteers for preparing such nice science talks and demos, and for their excellent contributions! Good job!

In November 2018, ExpoMiner will celebrate its 40th edition at the Montjuïc Exhibition Center in Fira de Barcelona.