ICMAB installs IoT wireless sensors in vineyards at the Penedès

In the framework of the ERC PoC project OrGeVine, an expedition of ICMABers visited the vineyards of the cooperative COVIDES and installed several IoT devices.

Science is usually done in a laboratory, or, at least, that is what we are used to at ICMAB. However, sometimes the nature of a given project requires to put on hiking shoes and go outdoors. This is specially the case when highly applied research is performed, an example is the project OrGeVine led by Mariano Campoy Quiles, researcher at the NANOPTO group. 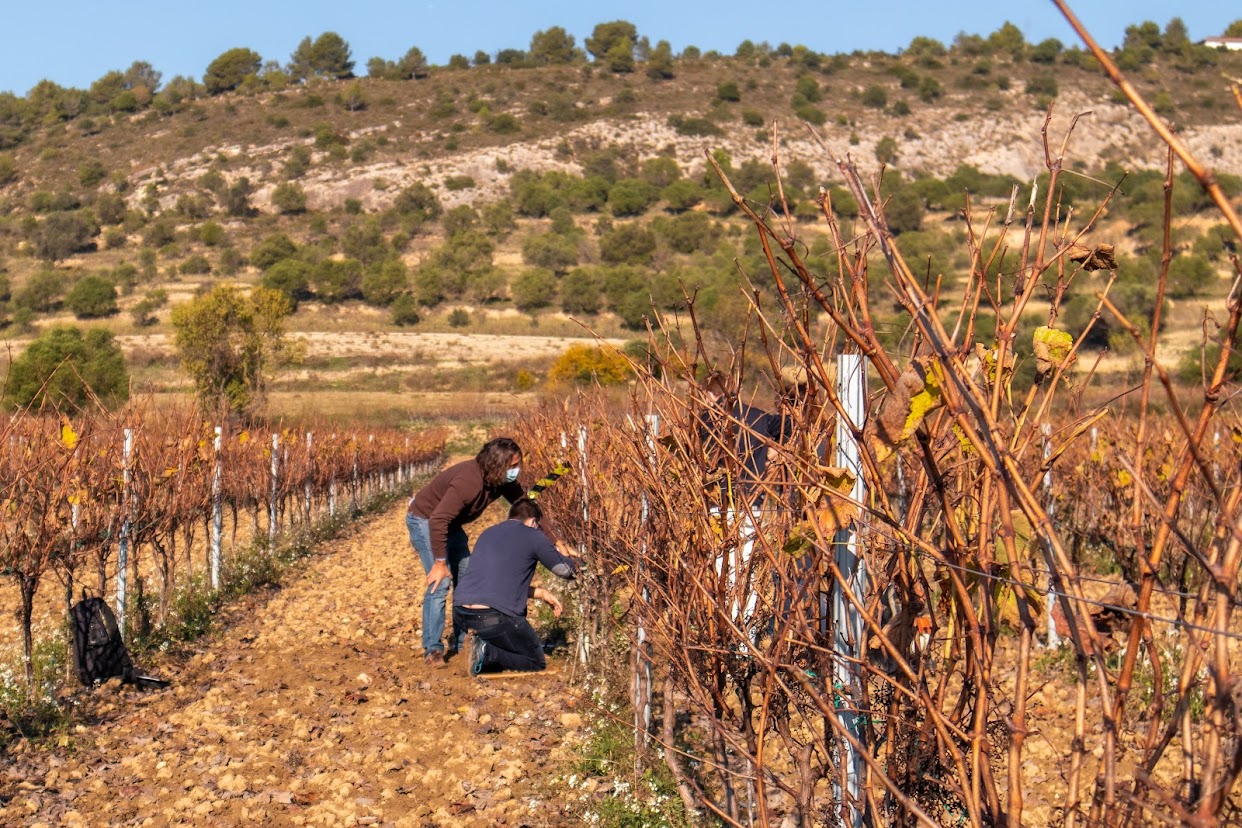 The ERC Proof of Concept grant OrGeVine aims at developing an Organic Thermoelectric Generator able to power viticulture sensors for precision agriculture applications. In this endeavor, the researchers have set off to investigate and test their prototypes in real world conditions. In order to do so, a collaboration with the wine cooperative COVIDES, located in Vilafranca del Penedès, has been stablished. 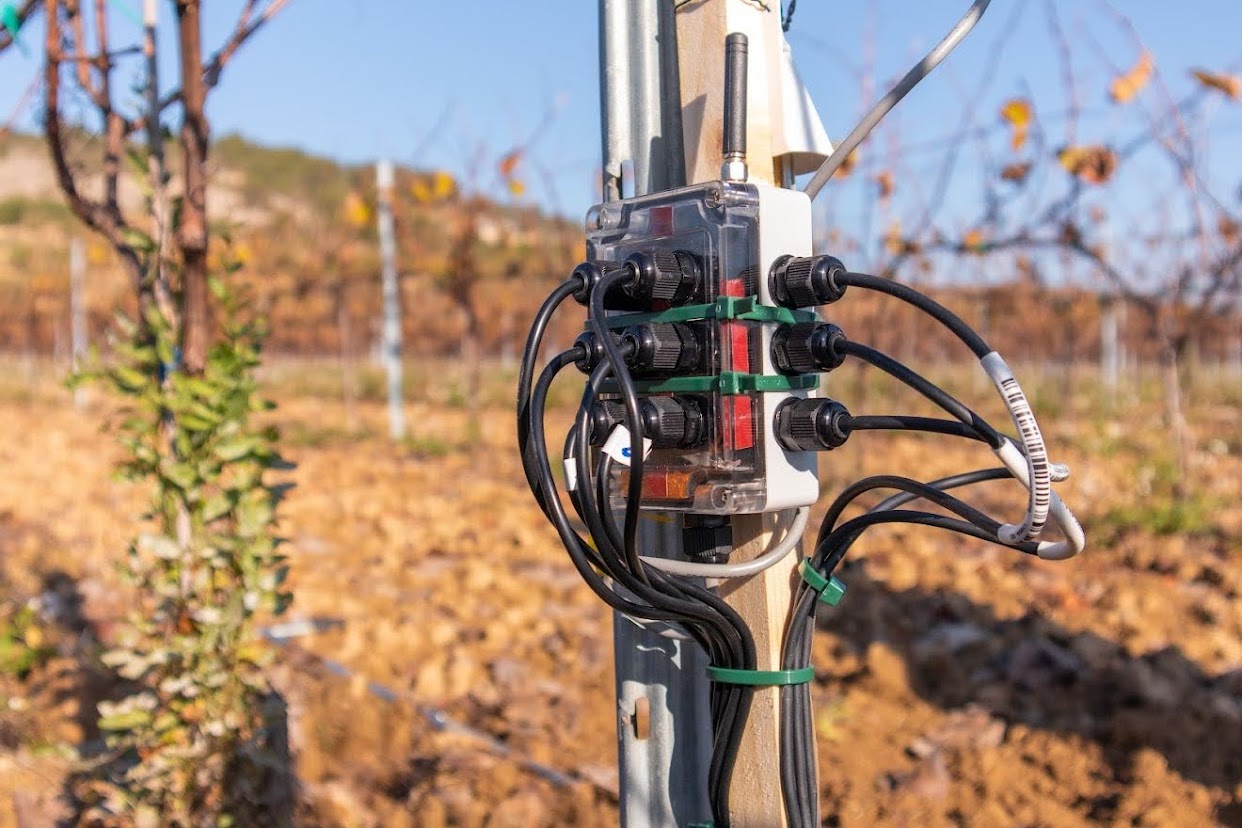 The purpose of the collaboration is to test the IoT devices developed in-house in a real environment. Moreover, the researchers are interested in the measurement of the soil temperature at different depths, as temperature differences between the soil and the air will be used as energy source for the Organic Thermoelectric Generators to power the IoT devices. The figure below shows an example of the measurement of temperature at different depths.

Example of the measurement of temperature detected by sensors at different depths.

Each IoT device (datalogger for the connoisseurs) consists of a series of different temperature and soil humidity sensors at different depths, it is complemented with ambient temperature and humidity sensors and a light meter. The obtained data from the different IoT devices is sent wirelessly via radio signal to a near warehouse in which the data is received and published online so that it can be consulted via a smartphone.

These devices have already been installed for more than half a year and have provided crucial information both to the ICMAB researchers and to the oenologists from COVIDES, and demonstrated the robustness of the prototypes in real environments. 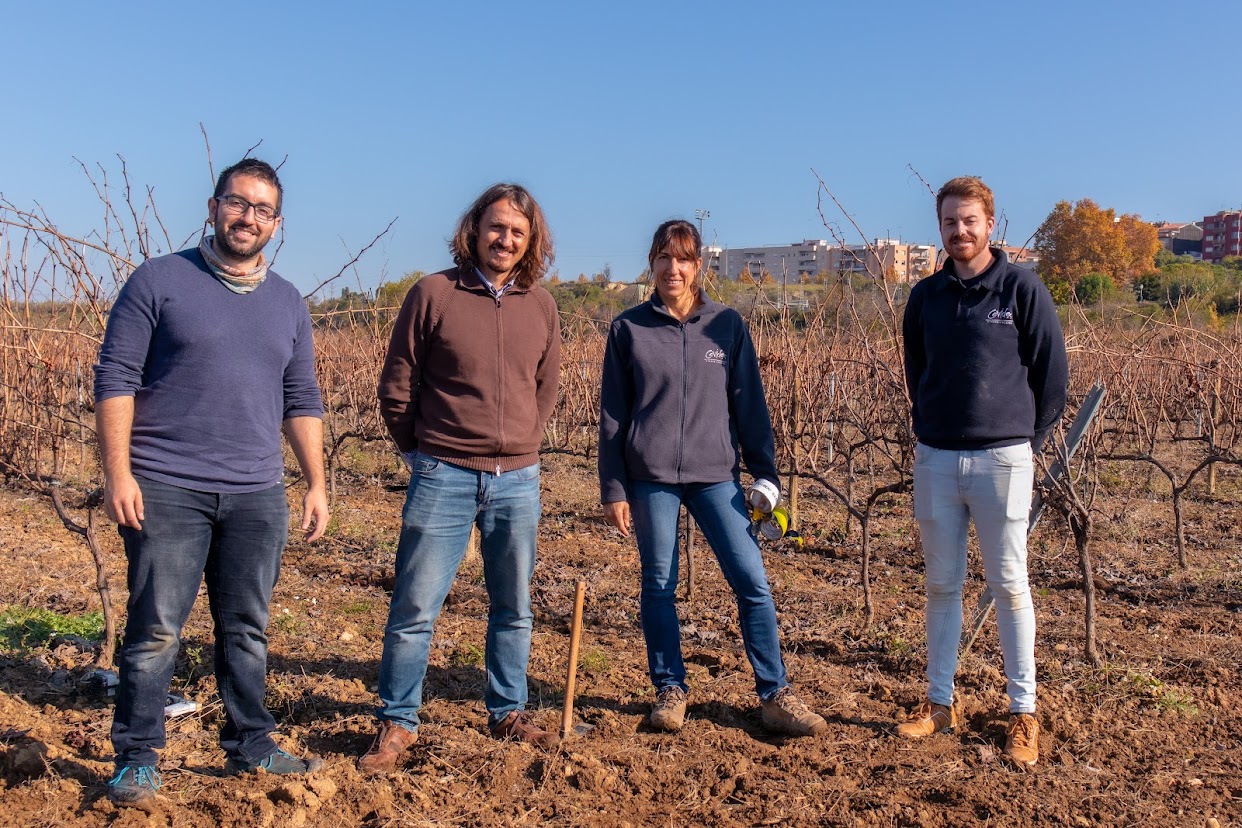 Iván Alvarez and Mariano Campoy-Quiles, from ICMAB, Maira Ros and Jordi Güeche from COVIDES at their vineyards. | ICMAB, CSIC

OrGeVine “Organic thermoelectric Generators to power precision Viticulture sensor Networks” is an ERC Proof of Concept project that aims to reduce water and phytosanitary chemicals usage as well as enhancing production yield in the wine industry by developing a network of wireless autonomous sensors that will provide real time images of key field parameters such as temperature and humidity.

In this video, IP of the project Mariano Campoy-Quiles explains the project:

COVIDES is "born from the desire of a group of Penedès winegrowers to make wines and cavas with their own personality". It is currently the 1st wine cooperative of 1st grade in Catalonia in terms of volume. With more than 700 active winegrowers who take care of around 2,000 Ha spread over more than 50 rural settlements of the Penedès. 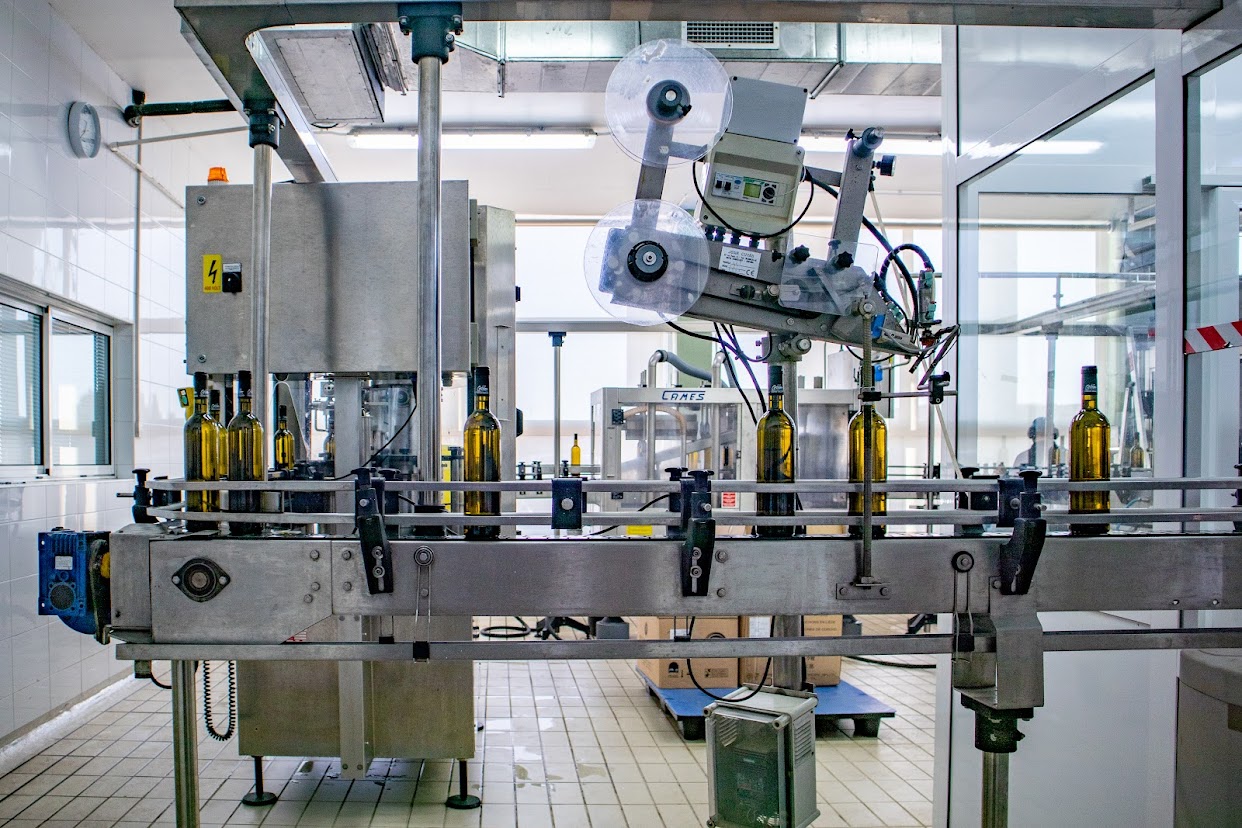