ICMAB participates in a Summer School for female physicists

ICMAB hosted on July 2017 an afternoon lecture and visit of thesummer school in physics, a bilateral exchange program for young female physicists in the transition phase to Master or PhD studies.

Firstly, Rosa Palacín introduced the Institute to the female participants, which came from Freie Universität Berlin, and from the UAB and UB. Next, Anna Roig explained her career path to become a scientist, and her research in nanoparticles for brain therapy. She also asked the young students what were their interests.

After that, the participants could visit some of our laboratories, including the AFM laboratory, with Andrés Gómez, the Low Temperatures and Magnetism Lab, with Bernat Bozzo, the Nanoquim Platform (clean room) with Marta Riba, and the TEM lab with Judith Oró.

The aim is to facilitate the transition from master to PhD and to open up transnational perspectives for a career in physics.

The summer school is aimed at young physics students who:

Aims of the Summer School:

Program of the Summer School

The participants spent 4 weeks together in Barcelona (2 weeks) and in Berlin (2 weeks) with a two-week break in between.In each country the courses offered will include the following events: 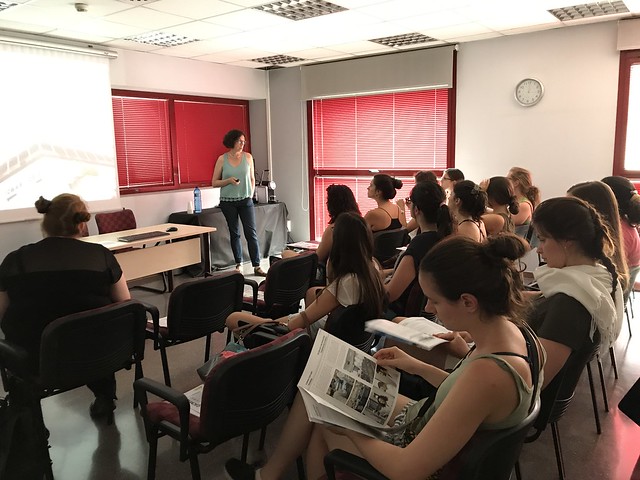