The science outreach initiative "Un investigador a la teva aula" (A researcher in your classroom) brought Dr. Miquel Royo, from the Materials Simulation and Theory Group, to La Salle Bonanova highshool, in Barcelona, on the morning on November 13.; and Dr. Juan Luís García Pomar, Pau Molet and Cristiano Matricardi, from the NANOPTO group at Institut Gorgs, in Cerdanyola, on Friday 17 November....

The initiative "La ciència a les escoles" (Science in schools) from the Fundació Catalana per a la Recerca i la Innovació, brought Dr. Alejandro Goñi, from the NANOPTO group to the Institut Maremar (El Masnou, Barcelona) on November 15. All the events were in the framework of the "Setmana de la Ciència 2017" (Science Week), in which ICMAB participates each year. 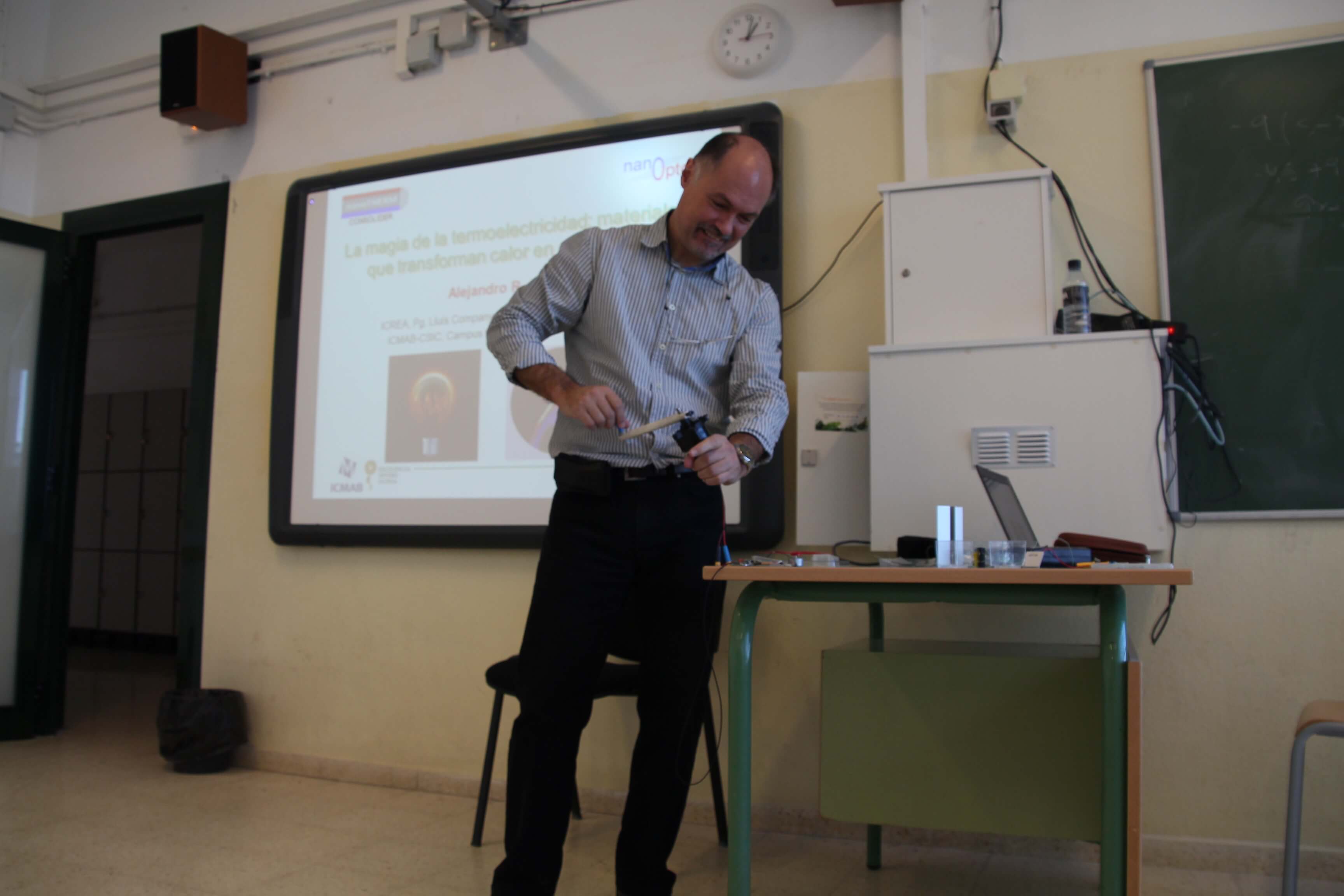 Miquel introduced "The challenges of nanotechnology" to the students coursing Technology of 1r BTX, Alejandro gave the talk on "The magic of thermoelectricity: materials that transform heat into electricity" to more than 70 students of 3rd and 4th ESO (secondary school), and Juan Luís, Pau and Cristiano explained the mysteries of "Photovoltaics, thermoelectrics, photonics and fluorescence" to the secondary school students, and showed some devices and demos on these topics. 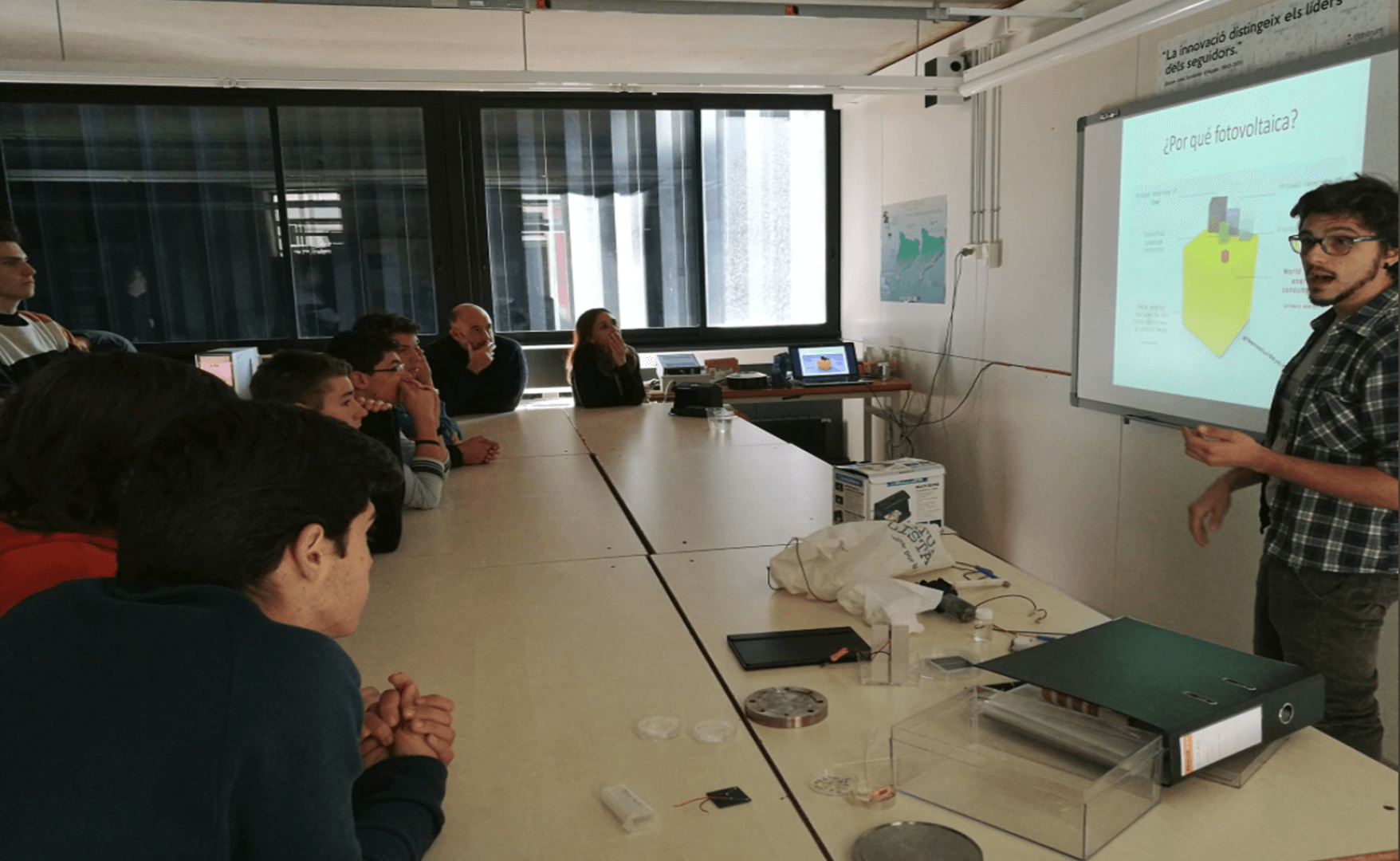 This ICMAB initiative "Un investigador a la teva aula", which started eight years ago and received the Outreach Project Award of the E-MRS Spring Meeting in 2014, brings every year many volunteer researchers to the classrooms of different centers, and become for one day "ambassadors of the nanoscience and nanotechnology" for the young ones. The initiative aims at approaching the new materials to the students, but also to encourage scientific vocations, break the walls between the school classrooms and the research centers, and let the researchers meet the future generations of scientists. Is is both a gratifying experience for students, teachers and researchers. As Miquel states:

"One of the aspects that I like the most, about participating in nanoscience outreach events, is the fascination of the young students when they hear about the mecanoquantum effects".

On the other hand, the initiative "La ciència a les escoles", within the "Setmana de la Ciència", aims at awaken and enhance the interest of the young students for science and technology. The initiative counts with more than 100 seminars around Catalunya, in secondary schools, and given by researchers working at the Catalan universities and research centers.

A researcher in your classroom, OUTREACH