Like Transformers, the living robotic beings that have the ability to change their bodies at will, rearranging their parts from a humanoid robotic mode into an alternate form, scientists have now developed novel 3D nano-porous materials that go through conformational changes and transform into a 2D non-porous structure as a result of an external stimuli, and then can shift to the original 3D nano-porous structure when the stimuli is reversed.

The study, developed by a team from the Spanish National Research Council (CSIC) and published today in the journal Advanced Materials, may have potential applications as membranes for selective gas separation or gas adsorption, as catalysts for chemical reactions, as encapsulation and drug delivery for active substances or hazardous waste adsorption.

Researchers have developed these materials using flexible and spherical icosahedral boron-based molecules as ligands. “The spherical shape of the ligands is the key factor that enables the structures to go back to their original shape, allowing for the rearrangement of the different parts, and without collapsing the whole structure” – describes Jose Giner, from the Inorganic Materials and Catalysis Laboratory at the Institute of Materials Science of Barcelona (ICMAB-CSIC).

The material belongs to a class of porous crystalline material formed by the assembly of metal ions or clusters with bridging organic linkers that are called metal-organic frameworks (MOFs). In this study, the use of spherical shaped linkers instead of planar ones could help in stabilizing the flexible structures. “The idea of spherically shaped linkers avoiding collapse of the structure can also be understood like this: two layers will roll over each other if separated by spheres; whereas they will collapse if non-spherical pillars are used”, explains Giner. “The observed transformation is trigger not only by convectional organic solvents but also by green supercritical CO2, opening the way to sustainable processes” explains Ana López-Periago from the Supercritical Fluids and Functional Materials group at ICMAB.

As a proof of concept for potential applications, encapsulation of fullerene molecules has been achieved by trapping them during the reversible 2D to 3D transition, while the structure is being formed. “The observed process constitutes a new way to encapsulate large molecules that cannot easily diffuse into the porous material”, adds Giner. 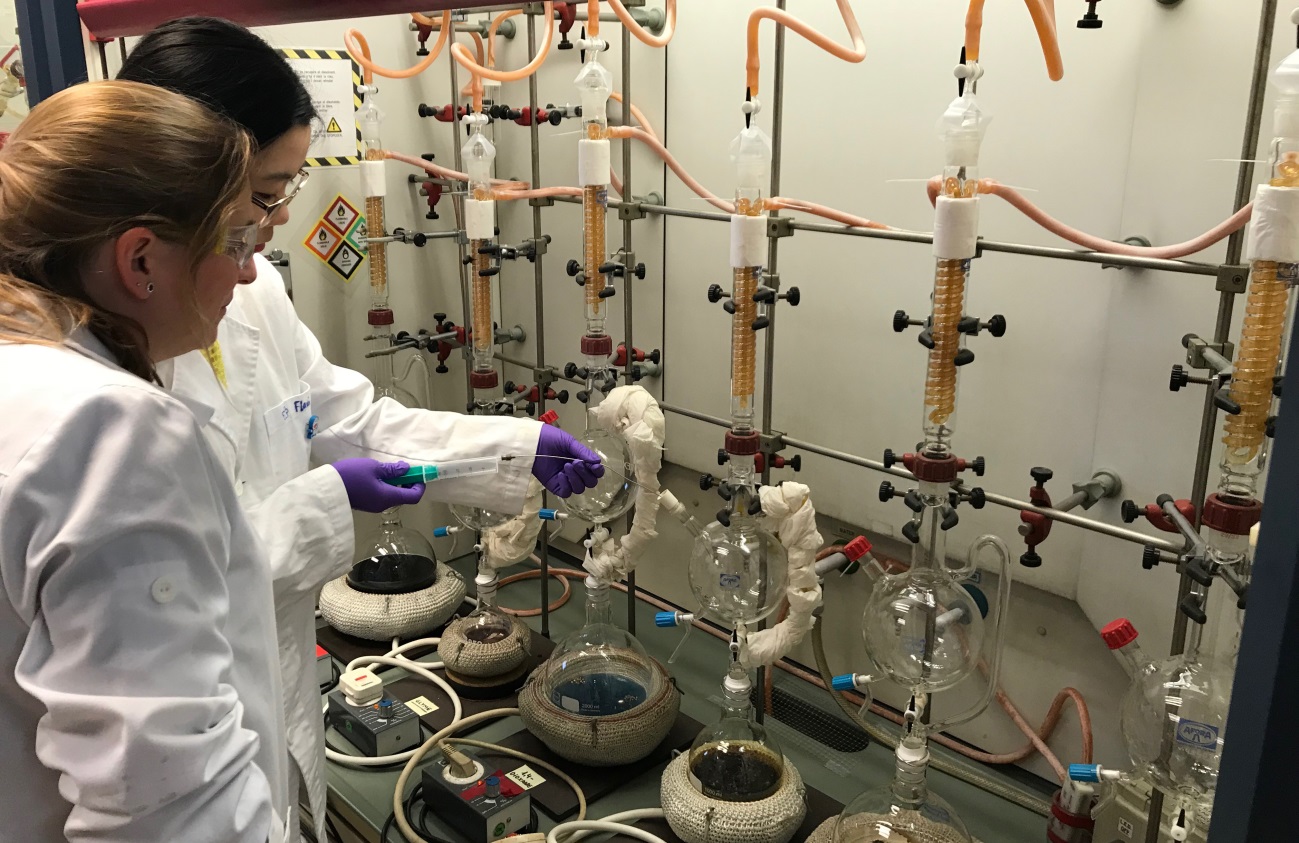 The focus of the scientific activity of the LMI group is in the chemistry of boron clusters. Their geometric shapes and the fact that they contain a semi-metal ion, boron, give them unique properties largely unknown. The group explores the synthesis of new structures and their applications in different fields, such as anti-tumor agents, catalysis, water desalination, or sensors.