In the morning of Thursday, 26 September 2019, Judith Morlà, TecnioSpring researcher at the Nanomol Group, and Andrés Gómez, Senior Technician at the Scanning Probe Microscopy Lab, became "A researcher in your classroom": they went to give some science talks to two high schools, in the framework of the European Researchers' Night.

Judit Morlà went to the "Escola Sant Medir", in Barcelona. She had a class of 4t ESO, and talked about nanotechnology applied to medicine. Judit Morlà works in the synthesis and characterization of liposome-based nanocapsules for nanomedicine.

Andrés Gómez did a talk at the "Escola Pia", in Sabadell. Andrés talked about the Atomic Force Microscopy to characterize nanomaterials "Els nanomaerials a punta de microscopi". 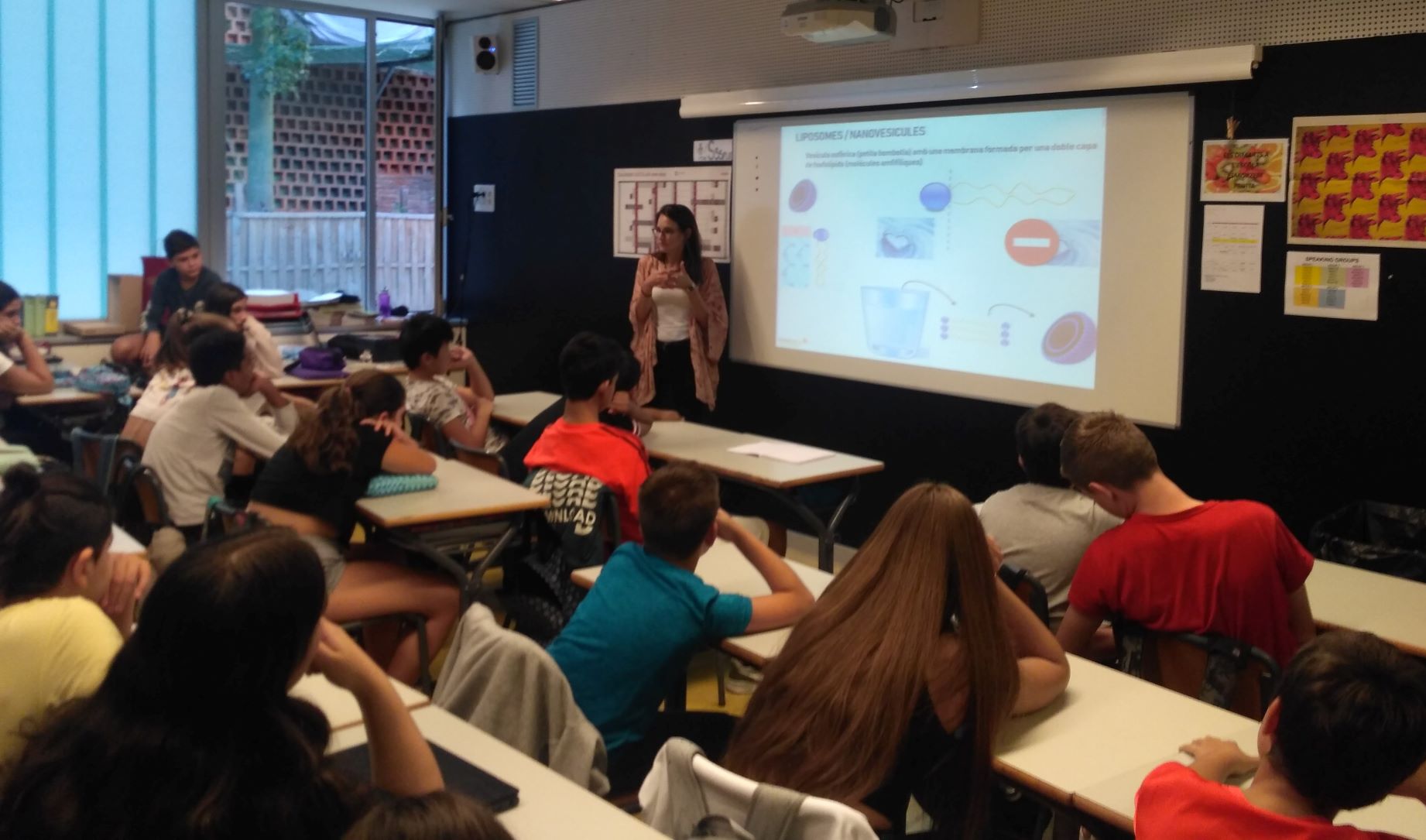 Both had a great experience, and were happy to collaborate in this initiative!

A researcher in your classroom, OUTREACH