M. Rosa Palacín at the Christmas Conference of the SCQ-IEC about Li-ion batteries

This year's Nobel Prize in Chemistry was awarded to three great scientists for the developement of Li-ion batteries. The Catalan Chemical Society (SCQ) wanted to dedicate this year's Christmas Conference to this fact, and invited M. Rosa Palacín to give the keynote lecture on this topic. The event took place on Thursday, 19 December 2019 at the IEC (Institut d'Estudis Catalans), in Barcelona.

M. Rosa Palacín, ICMAB researcher and deputy director, is an expert in the field of batteries. She has many publications in this topic. She and her team are now exploring the world of post-Li-ion batteries: sodium, calcium, magnesium...

Her conference "Les bateries d’ió liti: de la química d’intercalació al món recarregable" explained the evolution of batteries, from the origins (Volta battery), to the current rechargeable batteries and further developements, and included the contribution of the three Nobel Laureates in this field, Akira Yoshino, M. Stanley Whittingham and John B. Goodenough. 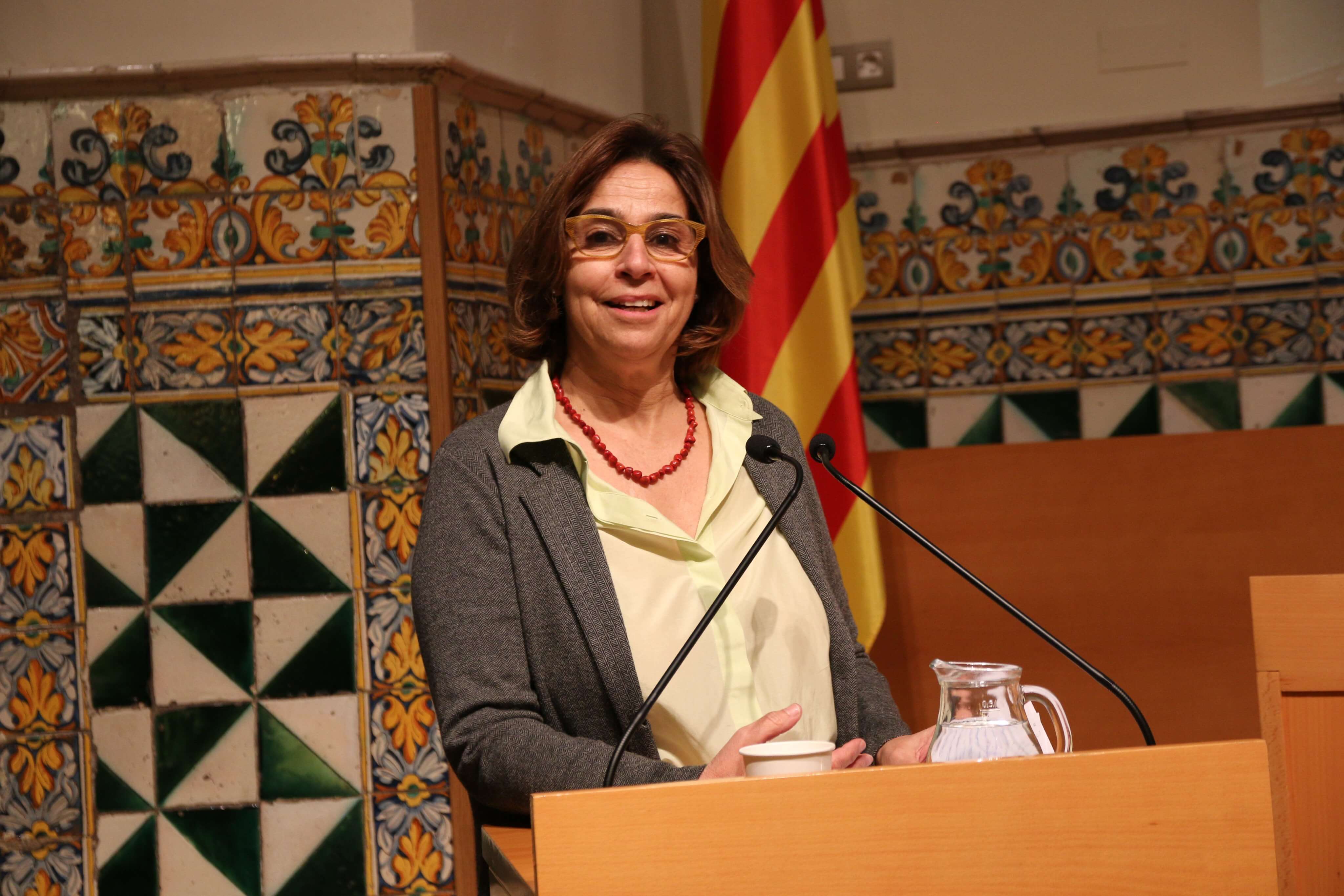 Nora Ventosa, ICMAB researcher and vice-president of the SCQ

The SCQ Christmas event was also a celebration for the new Doctors in Chemistry of the year 2018-2019. 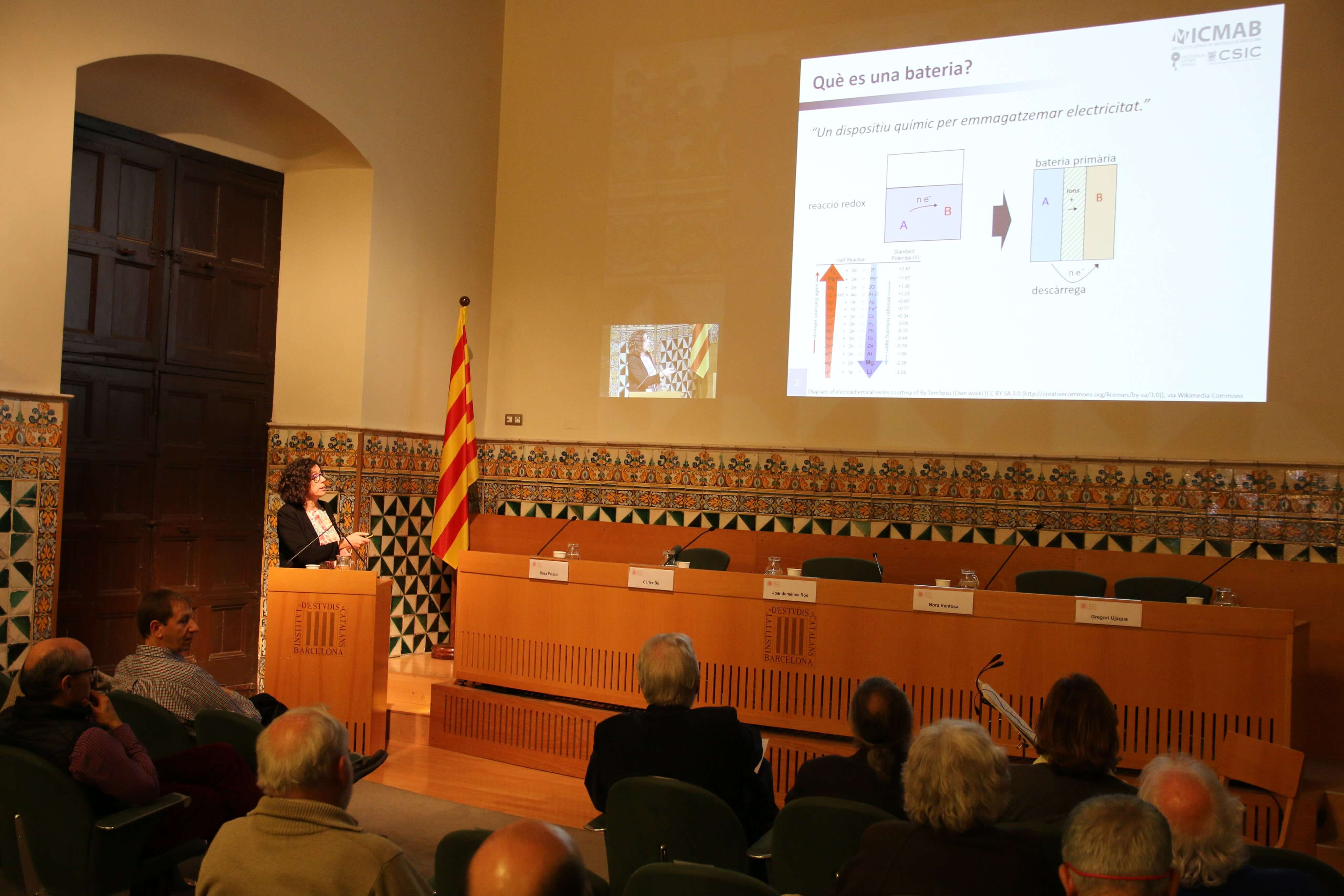 M. Rosa Palacín during her talk at the IEC.