Machine learning to predict the performance of organic solar cells

In this study, researchers have demonstrated that by feeding machine-learning algorithms with high-throughput experimental datasets, it is possible to retrieve predictive models for the performance of organic solar cells. 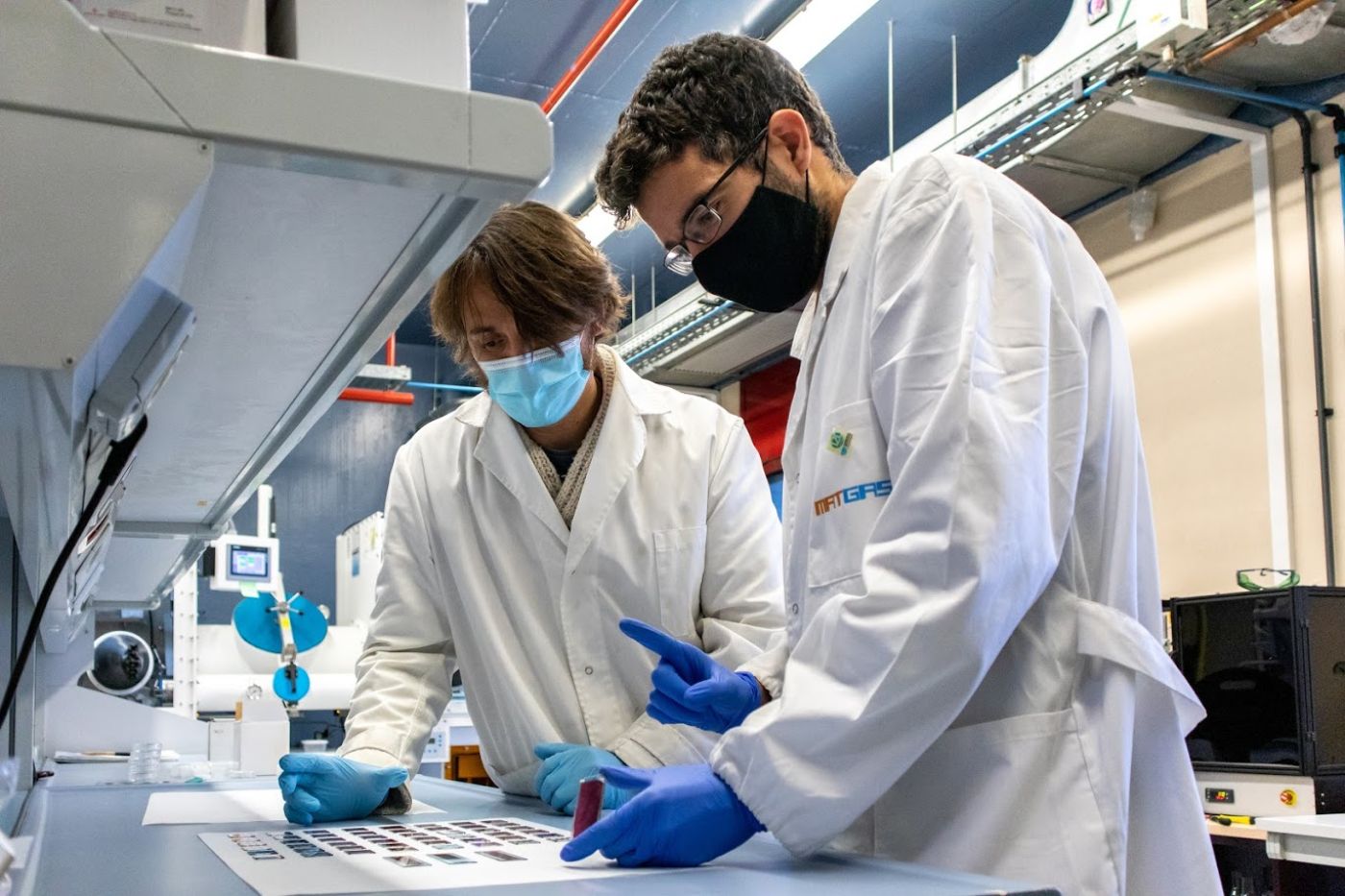 Mariano Campoy-Quiles and Xabier Rodríguez-Martínez, co-authors of the study, in their lab | ICMAB

Imagine looking for the optimal configuration to build an organic solar cell made from different polymers. How would you start? Does the active layer need to be very thick, or very thin? Does it need a large or a small amount of each polymer?

Knowing how to predict the specific composition and cell design that would result in optimum performance is one of the greatest unresolved problems in materials science. This is, in part, due to the fact that the device performance depends on multiple factors.

Now, researchers from the Institute of Materials Science of Barcelona, specialized on materials for energy applications, have collaborated with researchers from the Universitat Rovira i Virgili specialized in Artificial Intelligence, to combine the experimental data points that they gather with artificial intelligence algorithms and enable an unprecedented predicting capability of the performance of organic solar cells.

ICMAB researchers, led by Mariano Campoy-Quiles, have generated multiple data sets by using a new experimental method that allows them to have a large number of samples in only one, speeding the time compared to conventional methods. Then, machine-learning models are used to learn from those data sets and predict the performance of even more materials, such as novel organic semiconductors synthesized at the group of Prof. Martin Heeney at Imperial College London.

This study may be the first of many in the field combining artificial intelligence and high-throughput experiments to predict the optimum conditions of certain materials and devices. 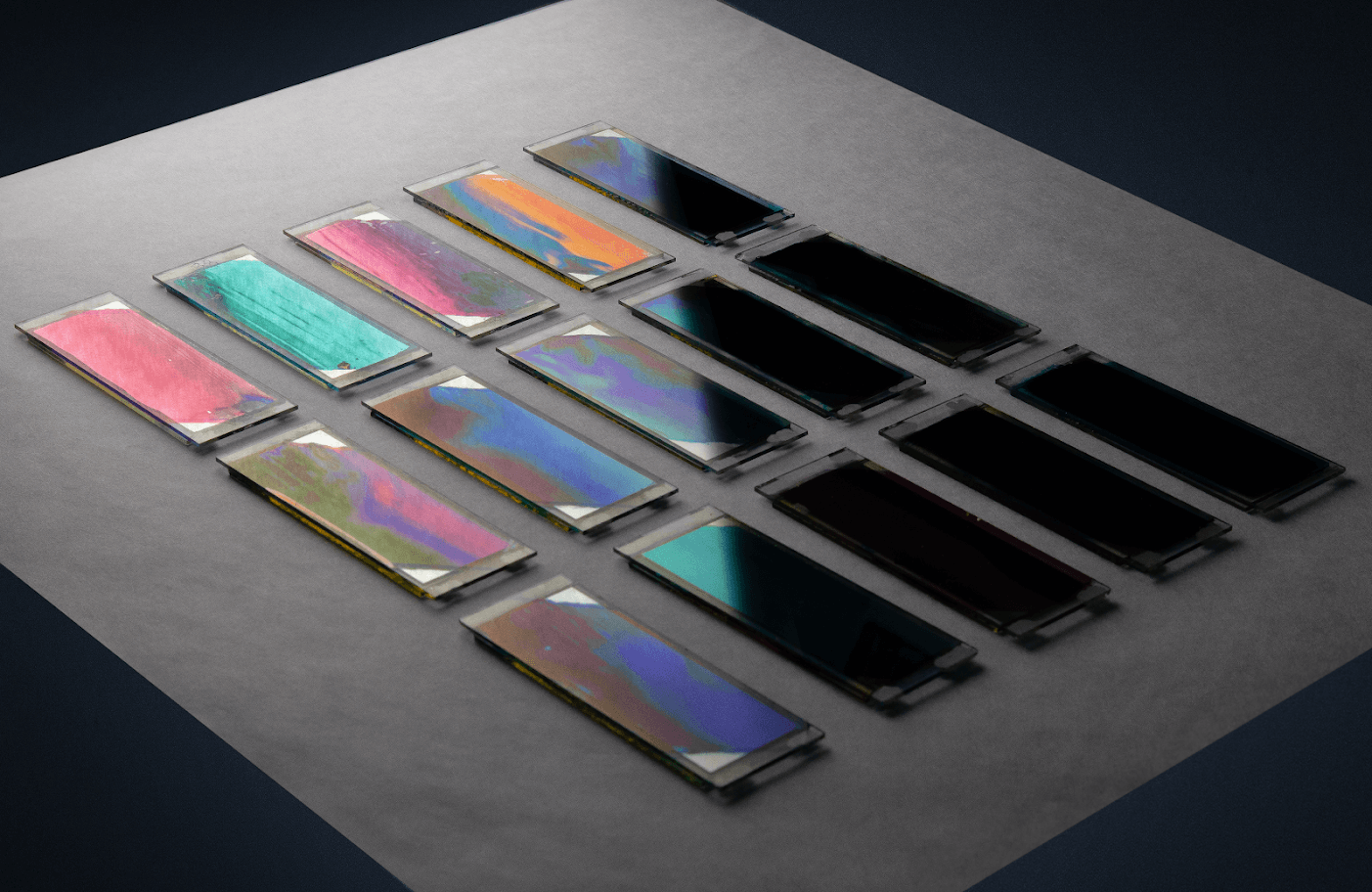 One of the key aspects of this study is that researchers are able to generate big and meaningful datasets at minimal experimental effort. This is an important aspect toward the success of machine-learning modelling in order to obtain accurate and reliable models and predictions.

Researchers use a methodology based on combinatorial screening in which they generate samples with gradients in the parameters that mostly affect the performance of organic solar cells (i.e. composition and thickness).

“When using a conventional method, a sample provides you with information about only one point. However, using our methodology we can obtain between 10 and 1000 times more points. This allows, on the one hand, to evaluate the photovoltaic potential of a material about 50 times faster than with conventional methods. On the other hand, it provides large statistics and a huge set of data (hundreds of thousands of points) that allow us to reliably train different artificial intelligence algorithms” says Mariano Campoy-Quiles, ICMAB researcher and co-author of this study.

“Within the broad field of AI, in this work we apply machine-learning, which is a term that gathers all sort of algorithms which confer machines (i.e. computers) the ability to learn from a given set of data, yet not necessarily to take autonomous decisions. Here, we exploit the more statistical vision of AI to draw predictive models from our large experimental datasets” explains Xabier Rodríguez- Martínez, ICMAB researcher and first author of the study.

Artificial intelligence algorithms in the field of materials science are mainly used to look for behavior patterns and to further develop predictive models of the behavior of a family of materials for a given application. To do so, an algorithm is first trained by exposing it to real data to generate a model algorithm. The model is then validated with other data points not used to create the model, but from the same category of materials. Once validated, the algorithm is applied to predict the behavior of other similar materials that are not part of the training nor validating set.

In this specific study, AI algorithms are trained with thousands of points obtained with the high throughput method to evaluate and predict the different factors that determine the efficiency of an organic solar cell. “The use of AI algorithms was particularly challenging in this case”, explains Roger Guimerà, ICREA Professor at URV and co-author of the study, “due to the volume and complexity of the data, and because the ultimate goal is to extrapolate to new materials that have never been tested.”

This work represents two great achievements. On the one hand, developing AI models that predict how efficiency depends on many of the organic solar cell parameters. The degree of prediction is very high even for materials that have not been used in the training set.

“The second important point is that thanks to AI, we have determined which are the physical parameters that affect to a greater extent this behavior” says Mariano Campoy-Quiles, and adds “In particular, we have seen that the most critical parameters that determine the optimum composition are the electronic gap of each material, as well as how balanced the charge transport is in each one.”

Researchers believe that the results and the methodology developed in this study are very important to guide theoretical researchers as to what to take into account when developing future analytical models that attempt to determine the efficiency of a given system.

“Our next challenge is to understand much more complex systems. The more complex the system, the more useful AI can be” concludes Campoy-Quiles. 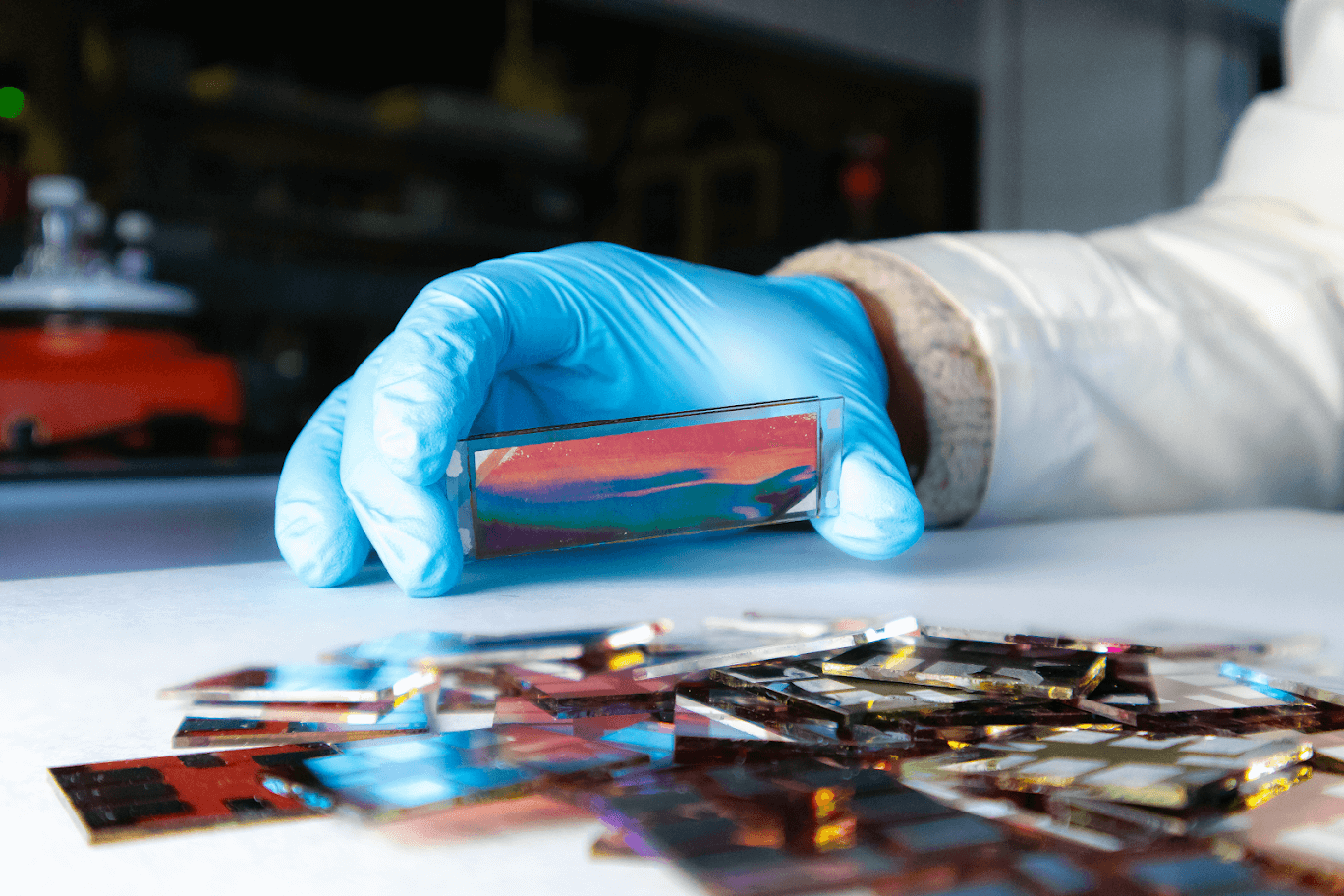 Which is the most efficient sample? Machine learning can help experimentalists in determining the optimum conditions.

Download the Press Release in CAT, ESP and ENG.