Eloísa del Pino visited the Institute of Marine Sciences (ICM-CSIC), where she had the first contact with the directors of CSIC centers in Catalonia, including ICMAB Director Xavier Obradors.

Eloísa del Pino, the new president of the CSIC, visited on Thursday, 27 July 2022, the Institute of Marine Sciences of Barcelona (ICM-CSIC), where she met with the scientific teams of this center. The president was accompanied at all times by the CSIC Institutional Delegate in Catalonia, Luis Calvo; by the director of the ICM, Valentí Sallarés, and the management team of the center; and by the Vice-President of Organization and Institutional Relations (VORI) of the CSIC, Carlos Closa.

Afterwards, she met with the directors of the centers and institutes of the CSIC centers in Catalonia, to learn about their activity and be interested in their future challenges. The Vice-President of Organization and Institutional Relations (VORI) of the CSIC, Carlos Closa, and the Vice-President of International Relations (VORI) of the CSIC, Francisco Javier Moreno Fuentes, also joined the meeting.

The CSIC president (center) with the VORI and VRI vice-presidents at the meeting with the directors of the CSIC centers in Catalonia. | ICM-CSIC

The main topics of the meeting were related to the simplification of the bureaucracy or paperwork within the CSIC. To achieve this, a new process called SIMPLIFICA has begun, which is carried out by a comittee of approximately 25 people. The idea is to simplify the administrative tasks and processes related to the scientific management within the institution. Another of the topics discussed was the stabilization of the CSIC staff, which has been going on during the last years, and now wants to be accelerated to be able to stabilize more then 2000 positions. The increase of structural and permanent support staff within the organization was also addressed by the new president.

According to Xavier Obradors "At ICMAB, for example, there is a need to stabilize more than 30 people that are working with temporary contracts, and increase the number of structural positions. We hope that the new CSIC president will be in charge of this matter". 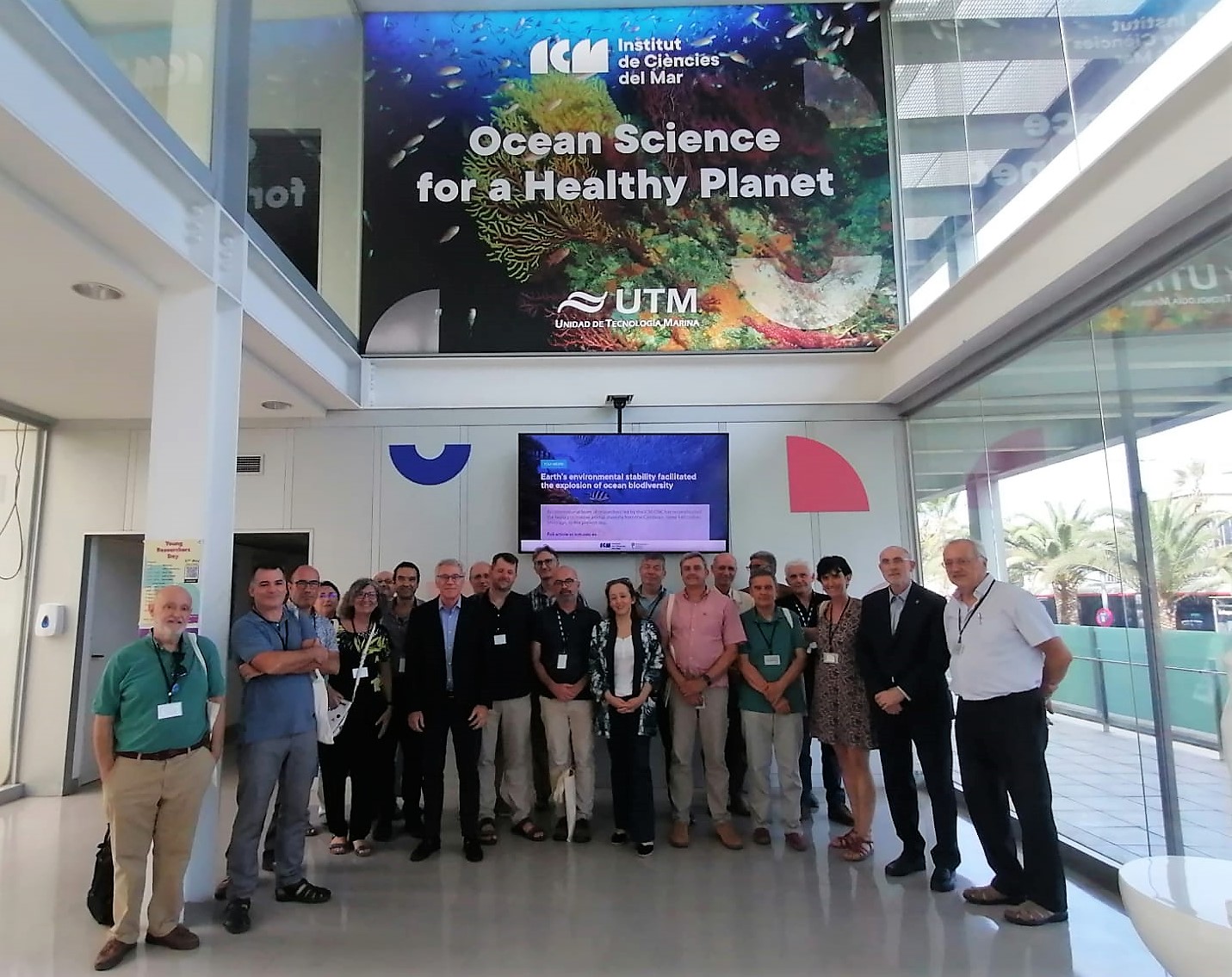 Group picture with the CSIC president and Directors of the CSIC centers in Catalonia. | ICM-CSIC

With the visit of the president, an agreement between the CSIC and the Barcelona City Council was finalized: a collaboration protocol to promote a project to expand the research areas and, specifically, the facilities of the Mediterranean Center for Marine and Environmental Research (CMIMA), located at the seafront of Barcelona, which includes the Institute of Marine Sciences and the Marine Technology Unit. This area will also be a place for science outreach projects, to bring science closer to the people.

"This building is a perfect place to showcase science. In front of the beach, close to the people" says Xavier Obradors. "We hope that it can be a place where the science done by the CSIC centers in Catalonia can be shown and explained to the citizens".

This meeting was one of the first contacts between the new president and the CSIC centers in Catalonia. Eloísa del Pino was appointed president of this organization on 21 June 2022 by the Spanish Council of Ministers. She replaces Rosa Menéndez, who had held the presidency of the Council since 2017. Before, Del PIno held the position of Deputy Director of Institutional Analysis at the Independent Authority for Fiscal Responsibility (AIReF).

The CSIC is the largest public institution in Spain dedicated to scientific and technical research and one of the most prominent in the European Research Area. In Catalonia, the CSIC has 14 centers of its own, including ICMAB, and 3 mixed centers owned with other institutions. CSIC also participates in 4 other research centers.

Eloísa del Pino holds a PhD in Political Science from the Complutense University of Madrid and a degree in Law and Political Science. She was Director of the Cabinet of the Minister of Health, Consumption and Social Welfare (2018-20) and directed the Observatory of Quality of Services at the Agency for the Evaluation of Policies and Quality of Services (AEVAL, Ministry of Territorial Policy, 2009-11).

Del Pino was Professor of Political Science and Administration at the URJC and the UAM. During her academic career she has been a visiting researcher at the IEP-Bordeaux and at the Universities of Kent, Ottawa and Oxford University during the academic year 2016-17. Her research has focused on public policies and their evaluation, the political determinants of social policy reform and the welfare state, citizen attitudes towards the state and public policies, and public administration and management.

The Spanish Council of Ministers has appointed Prof. Eloísa del Pino Matute as the new President of the Spanish National Research Council (CSIC). She replaces Prof. Rosa Menéndez, who had held the presidency of the CSIC since the end of 2017. The aim of the new appointment is to reinforce the role of the Council as an effective instrument of scientific policy and to undertake the necessary reforms to strengthen the public science system".

Read here the letter (in Spanish) that Prof. Del Pino Matute sent to the administrations of all the CSIC centres.