Cover in Journal of Materials Chemistry A

Kasper Moth-Poulson (ICMAB and ICREA researcher), with researchers from Chalmers University, Kyushu University and the University of Gothenburg have published this article in the Journal of Materials Chemistry A on the topic of "Materials for energy and sustainabiity".

"We demonstrate red to blue upconversion in the condensed phase in air" says Kasper Moth-Poulsen.

The work establishes bioplastics as recyclable solid-state upconversion materials for broad-spectrum solar light harvesting. The cover, in yellow and blue tones, represents the energy upconversion of red solar photons to blue photons by a bioplastic film in air. As the article states, "Photon upconversion is a process of transforming low-energy photons into high-energy photons". So, the les energetic red photons, are converted to more energetic blue photons, in this bioplastic film represented with green color and yellow holes.

"The film is a bio-mimic of energy transfer/harvesting in thylakoid membrane of leaves" explains Pankaj Bharmoria, first author of the paper. Thylakoids are the compartments in chloroplasts where the light-dependent reactions of the photosynthesis takes place. "The results demonstrate our idea of realizing sustainable and efficient solid-state upconversion materials by encapsulating chromophores liquid inside the biopolymer for efficient channelization of triplet energy in the air", adds Bharmoria.

"The film converts red photons (of 633 nm wavelenght) to blue photons (of 478 nm), with a record upconversion efficiency of 17 % in air" explains the researcher. "Unlike the films of synthetic polymers, we show how we can recycle the toxic/expensive chromophores after use to avoid their leaching into the environment, hence it is biosustainable".

About the applications of this bioplastic thin film, Pankaj Bharmoria explains that "This film has potential application in photovoltaics, where this film can upconvert solar photons transmitted through the solar cells to that corresponding to solar cell bandgap", thus increasing the efficiency of the solar cells.

"The work illustrates a new direction for us - where we are demonstrating a recycling route for the bioplastics matrix and other components. Onwards, we are striving to not only develop new advanced materials, but also ways for their circular use. We envision that the combined gelatine/surfactant matrix can be used in a general way for oxygen sensitive photochemical applications using a broad range of chromophores." - adds Kasper Moth Poulsen. 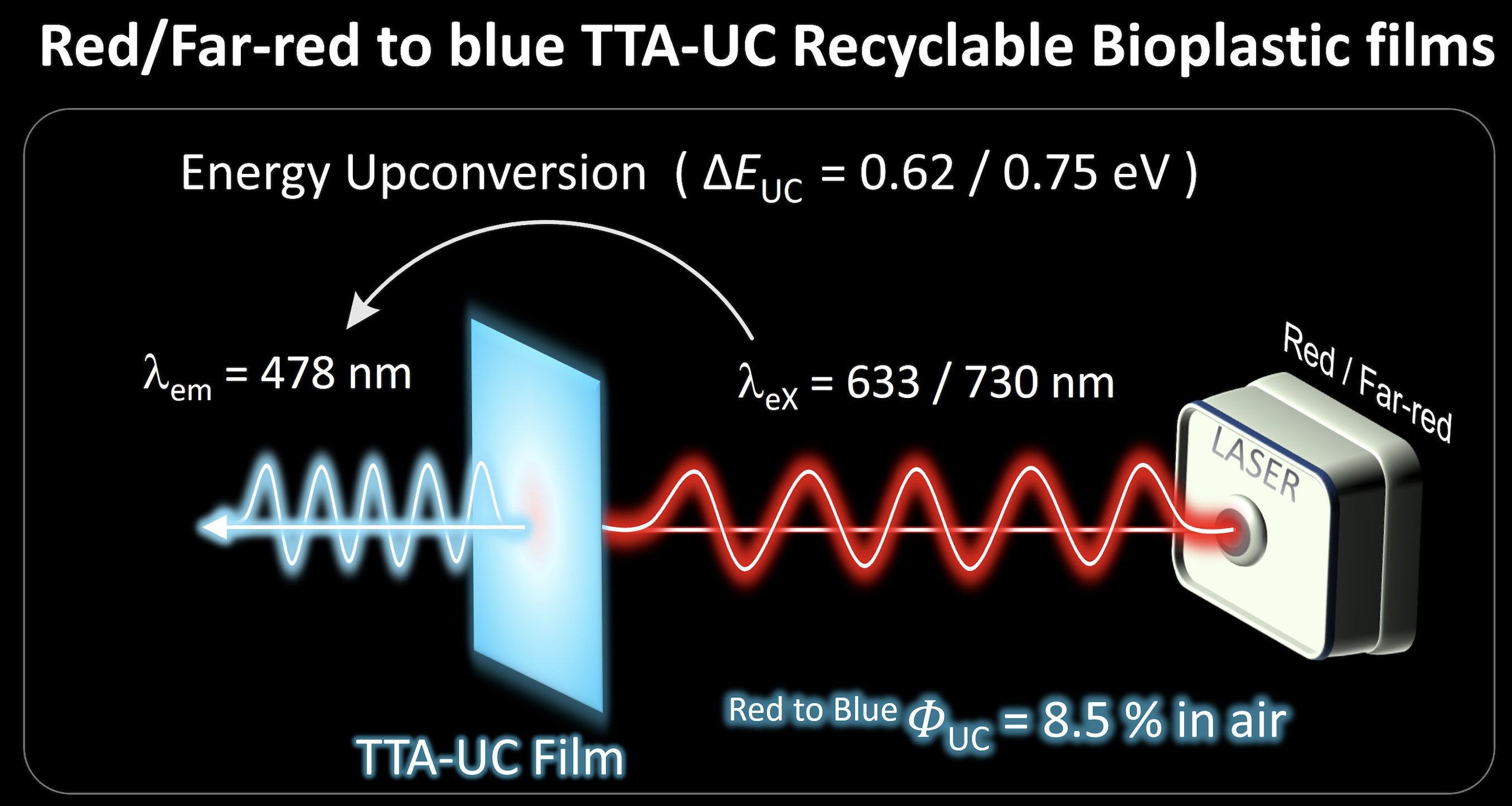