New front cover in “The Journal of Physical Chemistry C” for the article “Investigating the Ubiquitous Presence of Nanometric Water Films on Surfaces”.

“We tried to represent our main scientific tool that we have been using for the last 10 years, Scanning Probe Microscopy (SPM), to study the interface of water and materials. In the scheme we can observe an SPM probe with its sharp tip on top of water molecules lying on a surface that adopt a specific ordered structure, to investigate what happens when the surface of materials enters in contact with water.” – Albert Verdaguer

ICMAB Researcher Albert Verdaguer from the Physical Chemistry of Surfaces and Interfaces (SURFACES) Group is one of the authors of the article that illustrates the cover of The Journal of Physical Chemistry C, exploring the complex ways in which water and solid surfaces interact at the nanoscale. 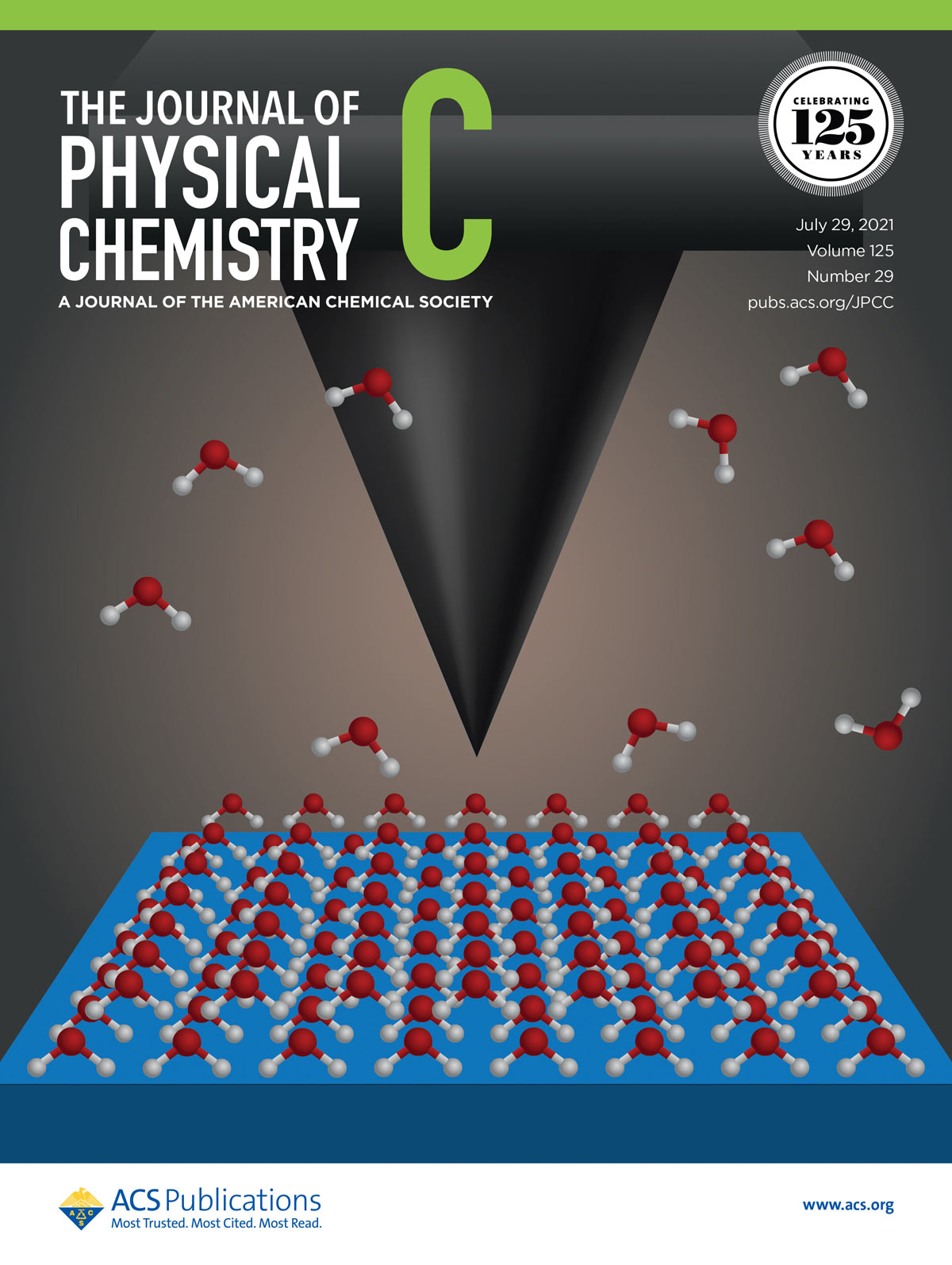 The article, titled “Investigating the Ubiquitous Presence of Nanometric Water Films on Surfaces”, sheds some light on an underexplored but very ubiquitous phenomena: the formation of nanometric water films on top of surfaces, and the many ways in which these water films affect how a surface interacts with the medium around it, be it vacuum, liquid or gas.

“Since water is present in our environment always in the form of humidity, any material is in contact with water and this has important implications on its physical and chemical properties; from the electronic properties of graphene or multiferroics in devices designed to work in open air to the stability of biologic entities such as virus when travelling through air”, adds Verdaguer.

With a decade of research in the topic, this publication compiles a great amount of information on the interaction between water and surface, exploring many variables, like the way both parts react when entering in contact. The main tool researchers used to obtain this information was Atomic Force Microscopy (AFM), a process that presented some difficulties when measuring a fluid, requiring the exploitation of anomalies in the behavior of the AFM signal:

“The AFM probe is a solid tip and, thus, is not straight forward to measure water with a solid tip because it can perturb the water films that we want to study when they enter in contact. In order to do so we developed in the past decade different modes of measurement taking advantage of the high sensitivity of AFM to measure very tiny forces. We were able to measure van der Waals attractive forces occurring between the tip and water molecules just before the real contact between water and the tip occurs. Thus we could measure properties of the interface with a minimum perturbation” – Albert Verdaguer

The choice to explore the relationship between surface and water at the molecular level pushes our understanding beyond the commonly known dichotomy between hydrophobic or hydrophilic surfaces, which has already been studied for decades. At the microscale, the relationship becomes more complex.

As Albert Verdaguer points out: “at the nanoworld, things become more complex, water molecules can form a huge variety of structures when in contact with a surface and you can have a combination of hydrophobic and hydrophilic small regions that control the macroscopic behavior that we observe in the macro world.”  Understanding these complex relationships gives researchers tools to more finely tune materials’ properties beyond their hydrophobic or hydrophilic characteristics. For example, research in this field can help modify “how some materials force water to adopt a specific structure that, for example, can enhance or hinder freezing of water”, which could have considerable implications in the earth’s climate.

Abstract of the paper

When we speak of nanometric water films on surfaces we are speaking about a truly ubiquitous phenomenon in nature. All surfaces exposed to ambient conditions are covered by a thin film of water that affects or mediates surface chemistry, general physical-chemical processes on surfaces, and even solid–solid interactions.

We have investigated this phenomenon for over a decade by exploiting dynamic atomic force microscopy and have (1) described how these layers affect apparent height measurements, (2) analyzed the excitation of subharmonics, (3) investigated its effects on surface functionality over time (“aging”), (4) monitored and quantified the time-dependent wettability of several relevant surfaces such as highly oriented pyrolytic graphite and monolayer systems, and (5) developed high-resolution and highly stable modes of imaging.

Here, we discuss these findings to elucidate the present and future of the field. We further provide a brief but general discussion of solvation and hydration layers in vacuum, liquid, and air that center around current controversies and discuss open possibilities in the field.