The Nobel Prize in Physics 2018 was awarded “for groundbreaking inventions in the field of laser physics” with one half to Arthur Ashkin “for the optical tweezers and their application to biological systems”, the other half jointly to Gérard Mourou and Donna Strickland “for their method of generating high-intensity, ultra-short optical pulses”. Here at ICMAB we also work with lasers. Do you want to know how?

"The interaction of high intensity laser radiation with matter generally leads to the creation of a wide variety of complex physical and chemical mechanisms. In the Laser Processing Research Group at ICMAB we use intense laser pulses, in the nanosecond regime, for inducing structural and compositional modifications of nanomaterials. As a result of laser-driven nucleation, novel nanomaterials with improved functional properties are synthesized in a rapid and versatile way."

Florencio Sánchez is a reseacher in the MULFOX group and scientist in charge of the Pulsed Laser Deposition (PLD) equipment. PLD is a physical vapour deposition technique that uses ultraviolet laser radiation to vaporize material that is transferred to the substrate. This technique offers the capability to fabricate complex oxide thin films and heterostructures combining oxides and metals. Raúl Solanas is the technician in charge of the equipment.

The pulsed beam of an ultraviolet laser is focused on a ceramic target placed in a vacuum chamber. The combination of pulsed irradiation, high photon energy, and high energy density can cause the ablation of the material. Ablation refers to the etching and emission of material under conditions totally out of the equilibrium. The plasma created expands fast along the perpendicular direction of the target. A substrate is placed in front of the target, in which the deposition of the materials takes place. Inert or reactive gases are usually introduced during the deposition process.The technique is very suitable for oxides, and compared with other techniques, it is particularly useful to obtain films with complex stoichiometry and to grow epitaxial films and heterostructures. 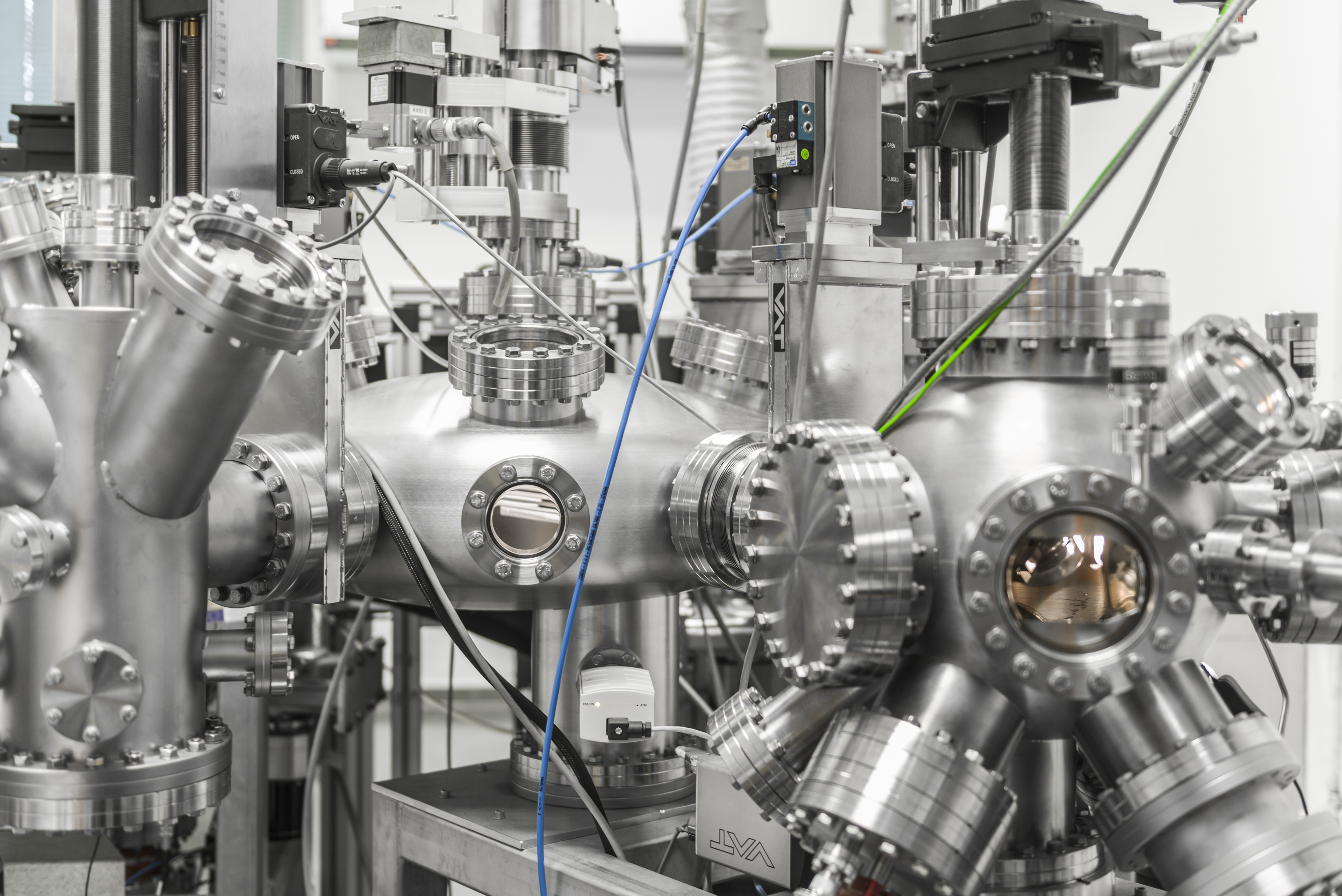 Other researchers such as Sebastián Reparaz, use lasers to create a thermal distribution of phonons and study the thermal conductivity and thermal field mapping in materials or, for example, Agustín Mihi, use lasers to see the interaction of light with the photonic structures they create with cellulose.

It is clear that lasers have become a very useful and essential tool in the study, preparation and characterization of advanced nanomaterials, and it is an essential tool for our researchers! 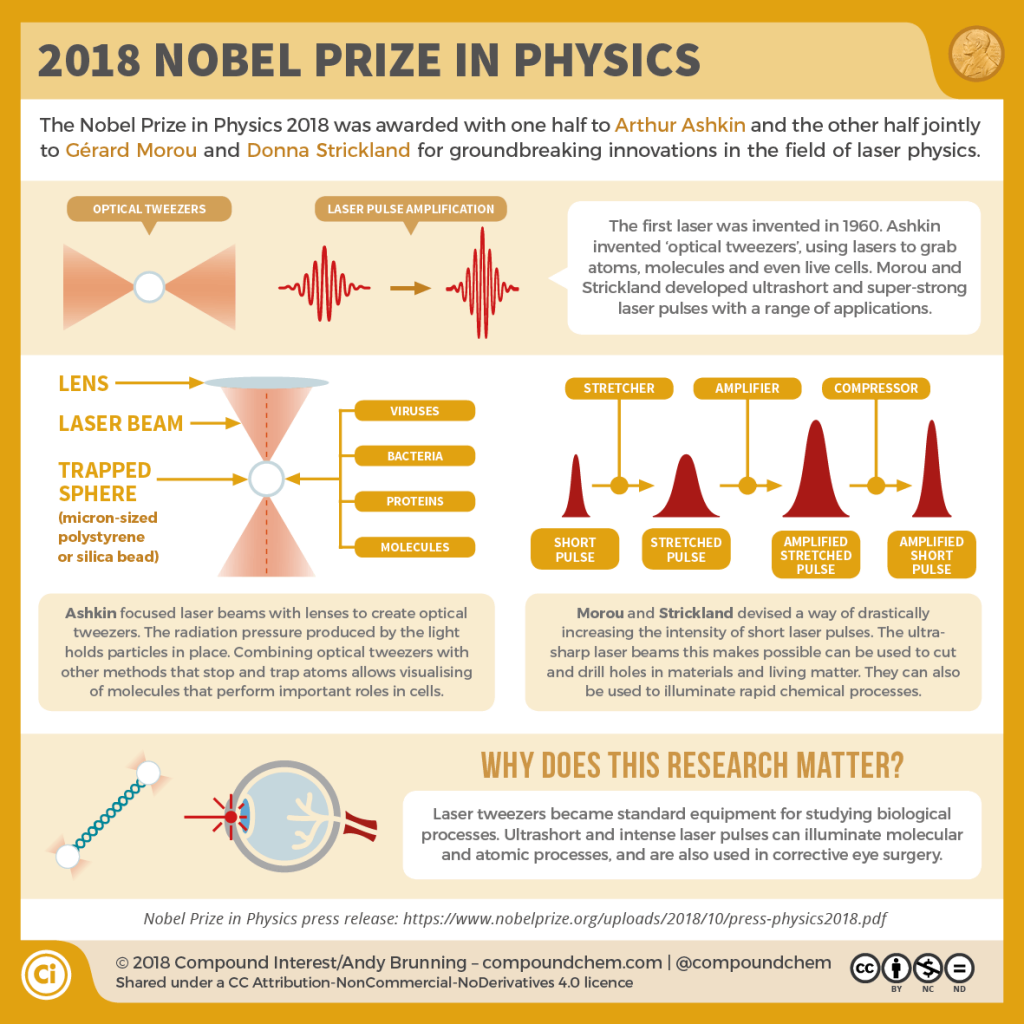 Congratulations to Arthur Ashkin, Gérard Mourou and and Donna Strickland for being awarded with the 2018 Nobel Prize in Physics. We would like to make a special mention for Donna, since she is the thrid woman with the Nobel Prize in Physics, after Marie-Sklodowska Curie (1903) and Maria Göppert-Mayer (1963). Check out this interview from The Star (Canadian Digital Journal):