The 10th ALBA beamline is fully operational and recently hosted its first experiment from expert users: researchers from ICMAB-CSIC involved in the PTI+ Transener studied different type of materials for batteries. NOTOS is co-funded by the European Regional Development Fund (ERDF).

NOTOS is beamline number ten at ALBA Synchrotron, mainly devoted to catalysis and materials sciences, including X-ray diffraction and absorption techniques. It is aimed at studying in situ and operando processes by combination of both techniques (XAS-XRD measurements) at the same sample position.

Researchers from ICMAB from the Solid State Chemistry (SSC) group, led by M. Rosa Palacín, performed the first experiment at NOTOS. During the week, they were using the beamline to analyse different types of materials currently used in commercial batteries for electric vehicles. In particular, experiments were done in operating lithium-based batteries, which contained either lithium nickel manganese cobalt oxide or lithium iron phosphate, in the framework of CSIC PTI-TRANSENER+, an interdisciplinary platform to promote the energy transition funded by Spanish PRTR and Next Generation EU.

“The experiment was successful. The data enabled to see the changes taking place in the materials during charge and discharge in different conditions and using the two techniques available at NOTOS”, says M. Rosa Palacín from ICMAB-CSIC.

“The beamline responded perfectly to the requirements of the experiment. We combined XRD with XAS collected on different absorption edges cycling on different batteries in the same experiment. The successful experimental results were possible thanks to the contribution of all people involved in the project from the different divisions of the synchrotron”, says Giovanni Agostini, beamline responsible of NOTOS. 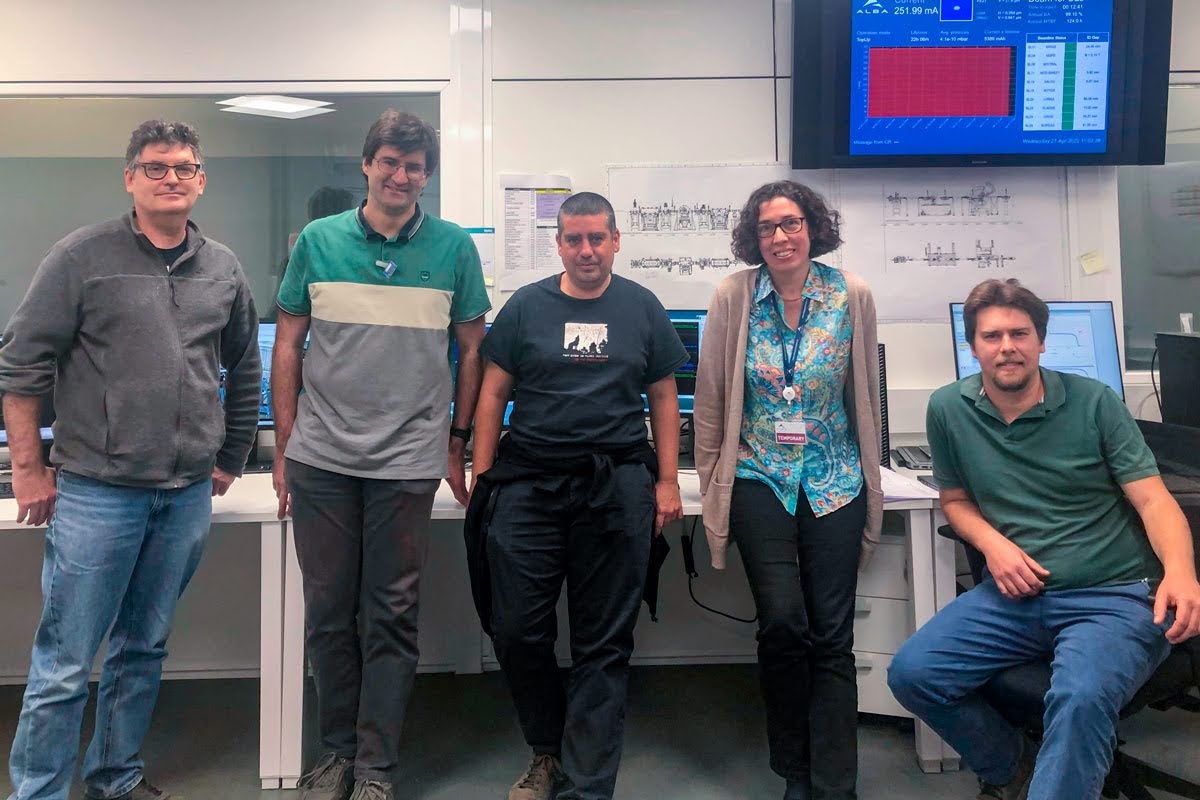 ”We are honoured to be the first users, especially because it is a complex experiment, we need to synchronize data acquisition with battery operation taking care that all the parameters are optimized. The ALBA team was awesome and the results exceeded our expectations, we feel that there are many interesting research topics for which experiments at NOTOS can bring an added value, we will come back for sure!”, added M. Rosa Palacín.

Now the beamline is ready to host official users starting on the 24 May 2022. This new beamline increases the research capabilities at the ALBA Synchrotron in one of the most demanded research areas: catalysis, energy-related materials and environmental sciences. 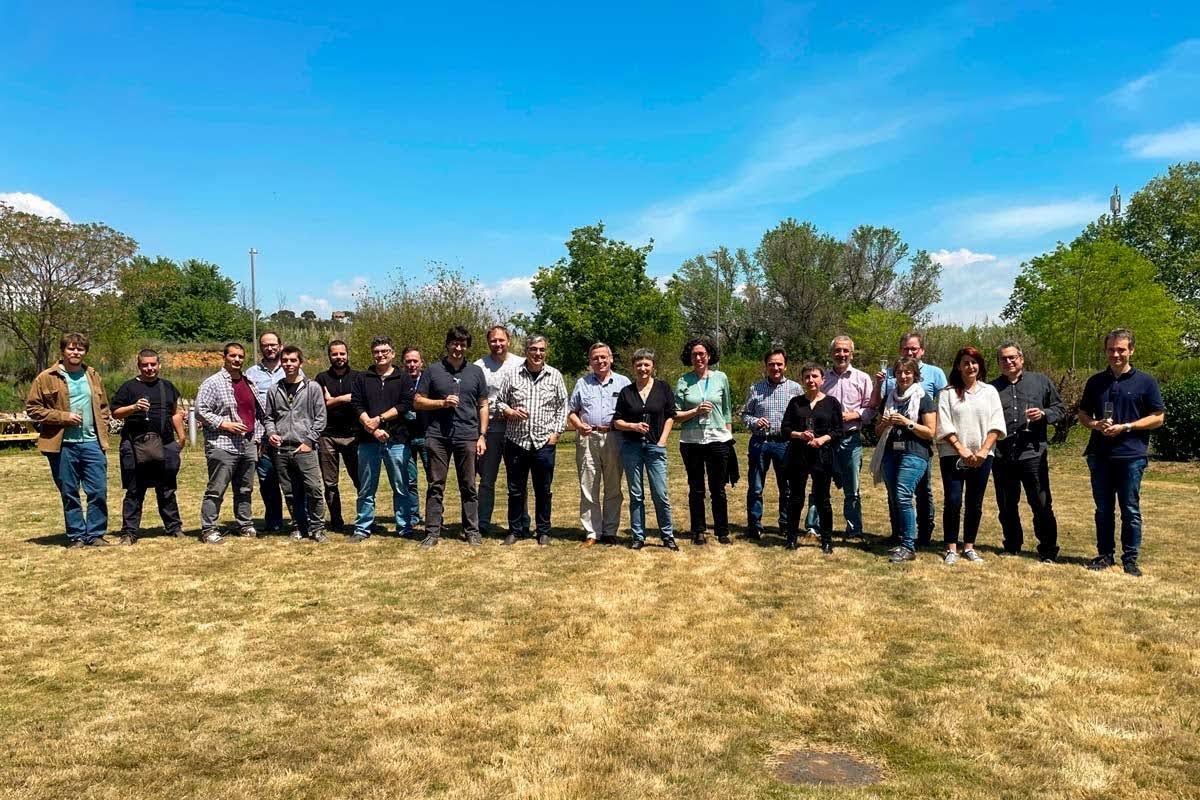 A toast at the ALBA Synchrotron garden to celebrate the first experiment at NOTOS beamline. At the picture, members from different divisions involved in the construction and commissioning of the beamline.

The NOTOS beamline has been co-funded by the European Regional Development Funds (ERDF) within the Spanish Pluri-Regional Operative Programme (former Smart Growth Operative Programme) 2014-2020. Part of its instrumentation (the opto-mechanical components and some elements of the experimental station, including a two-circles diffractometer equipped with Multi-channel analyser) came from BM25-A, one of the branches of the Spanish beamline built at the European Synchrotron Radiation Facility (ESRF) in Grenoble (France) in the 90s. In 2017, the Spanish Ministry of Economy, Industry and Competitiveness (MINECO) decided to transfer one of its branches to ALBA during the recent ESRF shutdown.