Published a review on Atomic Layer Deposition of complex oxides!

Atomic Layer Deposition (ALD) is a thin film deposition technique widely used in the synthesis of semiconductor devices and nanomaterials. The main characteristic is its atomic-scale control of the layer thickness and film uniformity. Now, Mariona Coll, researcher at the ICMAB, and Mari Napari, researcher at the University of Southampton, have published a review in the journal APL Materials to describe some of the major achievements and challenges of doped and complex oxides ALD.

Read this interview to Mariona Coll to know more about ALD and its applications!

What is Atomic Layer Deposition (ALD)?

Atomic Layer Deposition (ALD) is a low temperature (<300 ºC) gas-phase deposition technique that allows for the fabrication of thin films with atomic level control of thickness and an excellent conformality on 3D surfaces. It relies on the alternate pulsing of chemical precursors, separate in time, that results in the sequential deposition of (sub)monolayers. It enables the deposition of oxides, nitrides, sulfides, selenides, tellurides.... Researchers have explored the viability to coat a wide variety of materials including aerogels, nanosized powders, nanowires, fibrous materials and anodic alumina.

Why is ALD of complex oxides so challenging?

The chemistry of the ALD precursors is a very important parameter in the ALD process, and the requirements for a chemical precursor to be suitable for the ALD process are quite demanding (volatile, reactive but stable, clean decomposition, low production cost, suitability for scale-up...). 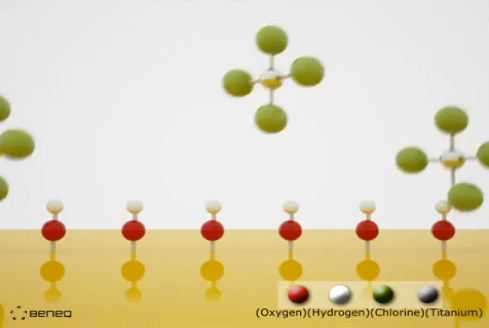 The synthesis of multicomponent oxides adds more complexity to it because the compatibility of the different chemical precursors under the same processing conditions is not the typical scenario. Also, ALD critically depends on surface chemistry (interaction between the incoming precursor with the reactive sites on the surface, see Figure 1). Therefore, the processing of complex materials (doping, ternary, quaternary...) is not a linear combination of the binary processes as the surface chemistry varies and consequently the nucleation and growth mechanisms.

However, some of these challenges are being addressed by gaining understanding on the reaction mechanisms together with the development of new chemistries for the precursors. This coordinated action opens new opportunities for ALD thin film multicomponent oxides that are collected in this perspective paper. 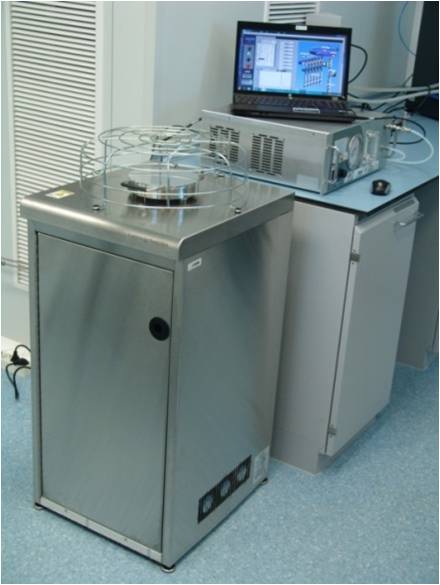 How is ALD used at the ICMAB?

In our team we are interested in developing new ALD processes to fabricate thin films of functional oxides with new or improved properties. We use a commercial ALD reactor (Figure 2), part of the Nanoquim scientific platform at ICMAB, that allowed us to develop a wide variety of oxide compositions ranging from CeO2, HfO2, TiO2, Fe2O3, Co3O4, Bi2O3 to BiFeO3, Co2FeO4 and GdFeO3. In-house and external researchers are also users of this ALD reactor to perform, mainly, systematic depositions of  Al2O3.

Currently, within the framework of a national project, we are building a new and more versatile ALD reactor aiming to improve deposition control especially in demanding precursors and multicomponent materials to ultimately fabricate high quality heterostructures.

In which applications is ALD used?

ALD has been implemented in many applications in microelectronics but probably the mostly widely known is for growing high-k (high dielectric constant) gate oxides. Another area where ALD is having a big impact is for the deposition of aluminum oxide layers for passivated rear emitter contact (PERC) solar cells.

However, its unique ability to conformally coat high aspect ratio features offers the potential for breakthroughs in many other fields. For example, devices in which transport of charge carriers inside condensed phases and their transfer across interfaces is of relevance. In these cases, the fabrication of nanostructures and thickness control in the subnanometer range is often required. Therefore, potential application fields include catalysis, gas separation, sensors, batteries, capacitors, fuel cells, photovoltaics and photonics.

Additionally, ALD is adopted in the biomedical industry for the use of nanoporous materials in implants, drug delivery and tissue engineering. With the development of new processes for multicomponent oxides it is expected to further broaden these  opportunities contributing for example to improve (photo)anodes and transparent conducting electrodes, and to overcome some of the current limitation of the CMOS- based technology moving from electronic to electromagnetic devices.

Therefore, ALD is one of the most rapidly developing thin film deposition technique. According to IndustryARC, ALD market size is projected to grow at a compound annual growth rate (CAGR) of 28,78%  for the period 2019-2025.

Thank you Mariona, for your time!