Happy International Women's Day: Results of the survey on gender issues at ICMAB

On 8 March 2018, the International Women's Day, the ICMAB makes public the results of the survey performed to our staff during the week between 12 and 16 February, in the framework of the the International Day of Women and Girls in Science (11 February), and organized by the ICMAB Gender Committee. 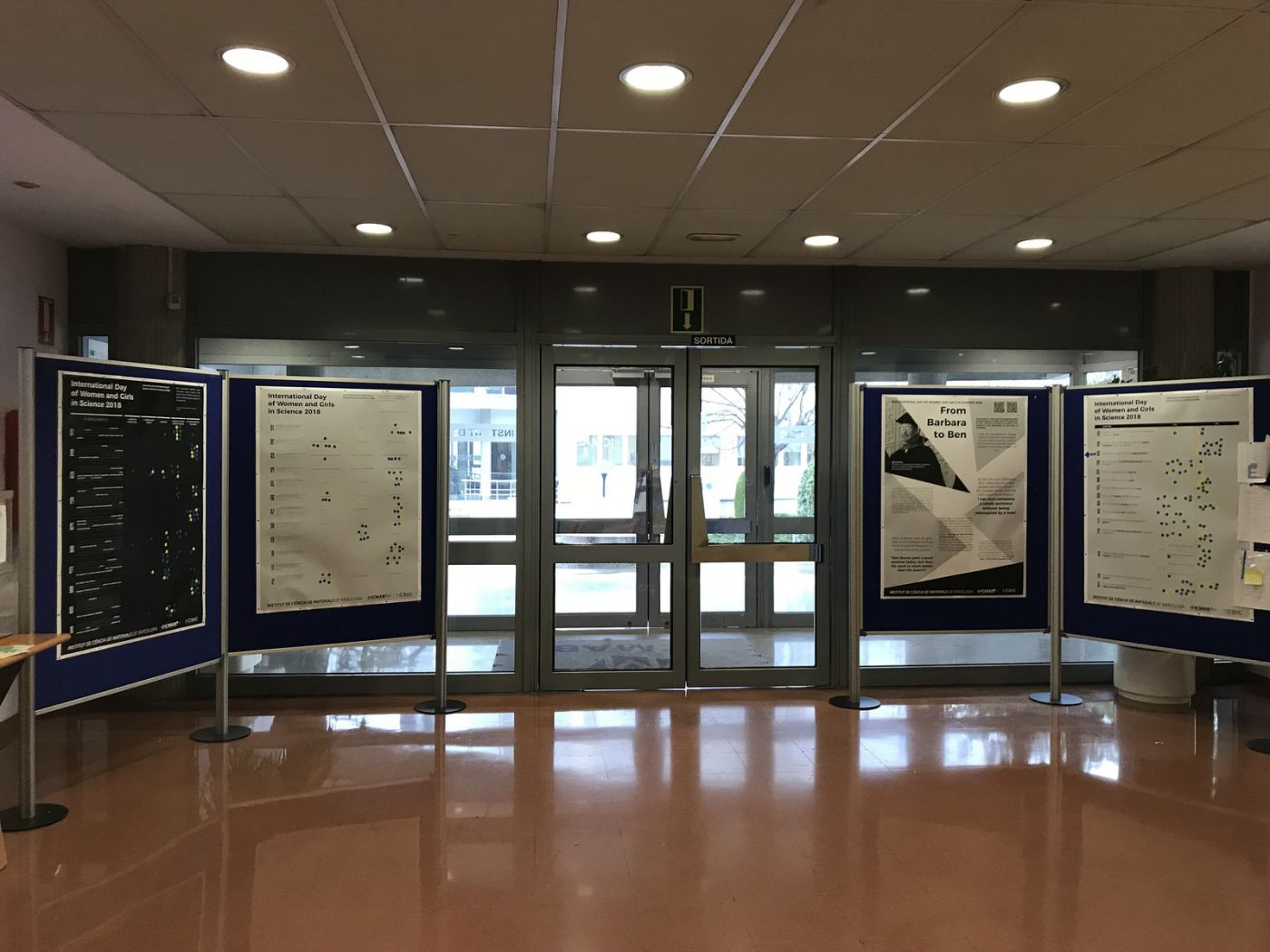 During that week, the ICMAB staff could find in the entrance hall four posters with different games. The people attracted to the posters could see that they were different questionnaires on curious facts of women throughout history, women in science, on different gender issues, and on the story of Barbara and Ben, which we recommend you to read. The posters were in the framework of the the International Day of Women and Girls in Science (11 February).

One of the posters contained a survey on personal gender issues, and there were some printed forms open to fill in for everybody. In this post you can see the results of this survey, which was anonymous: the only information we have about the people who answered it are their gender, age and nationality: In total, 39 people answered the survey (51 % women and 49 % men). The average age of the women who answered was 38 (between 24 and 65), and the average age for men 36 (between 23 and 57). About 80 % of them are from Spain and 20 % from other countries (India, Poland, Germany, Russia, China, Italy).

Value of your work

It is clear from the results that 50 % of women say that they have felt their research was undervalued for being a woman, whereas 95 % of men say that they have not undervalued the work of a female colleague by their gender. In addition, 65 % of women affirm to have felt insecure in their professional life because of their gender, but only 21 % of men. In fact, 74 % of the women who answered think that the professional respect depends on gender, in front of 37 % of men. What do you think? Is your research, your professional career, your credibility as a researcher, different being a woman or a man?

95 % of the women think that behavior standards are different for men and women in our society, and 58 % of men support this idea. In fact, more than half of the women who answered (55 %) affirm that their private life has been criticized because of their gender, whereas only 11 % of the men have been in this situation.

The last number: 30 % of the women and 11 % of the men affirm to have had an undesired/unpleasant physical contact in their workplace. It’s everyone’s job to decrease this number to zero.

The Gender Committe would like to thank all the ICMAB staff for participating in the activities of the International Day of Women and Girls in Science, and to enjoy the International Women's Day. For more information on this survey or information related to gender issues, please contact the Gender Committee at This email address is being protected from spambots. You need JavaScript enabled to view it..