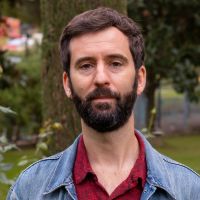 Extension: 436136
Email: This email address is being protected from spambots. You need JavaScript enabled to view it.
Department: Materials Simulation and Theory

In my PhD, at Universitat Jaume I (Castelló), I employed mesoscopic modeling (k·p) combined with many-body correlation techniques, such as DFT and Configuration Interaction, to study the effect of different types of quantum confinements (spatial, electric, magnetic and dielectric) on the electronic structure of 0D semiconductor nanostructures, such as, quantum dots, rings and colloidal nanocrystals, and to predict novel optoelectronic properties experimentally measurable in absorption/emission optical spectra or single-electron tunneling transport experiments.

In my two postdoctoral stays at the Italian National Research Council (NANO-S3, Modena) I extended my experience in nanosemiconductor optoelectronics by focusing on quasi-1D systems as formed in core- multishell nanowires. I developed DFT and time-dependent DFT computational programs to study the electronic structure, plasmonic excitations and magnetoconductance of free electron gases formed in remotely doped core-multishell nanowires. In this period I acquired strong computational skills in many-body physics and linear response theory.

With the aim of expanding my methodological competences, in 2015 I joined the Theory and Simulation Group at ICMAB-CSIC (Barcelona), a leading team in the field of atomistic materials simulation, to study phononic (thermal) properties of multidomain ferroelectrics, semiconductor nanowires and molecular junctions, with state-of-the-art atomistic techniques. In the first year at ICMAB I developed a quantum phonon transport simulator based on nonequilibrium Green’s functions with which I proposed the first solid-state polarizer of thermal fluxes based on ferroelectric domain walls. I also combine this type of non interacting phonon transport calculations with molecular dynamics to devise heat transport functionalities with potential applications in the fields of thermoelectrics and phononics.

In October 2017 I join the team of Dr. Massimilano Stengel at ICMAB to take part in a challenging project (awarded with an ERC Consolidator Grant) aimed at developing the theory and computational tools enabling a multiscale modeling of flexoelectricity from first principles.

My research activities are currently devoted to use and develop frontier electronic-structure methods to study novel flexoelectric properties of materials. I am developing a set of efficient computational routines that exploit the Density Functional Perturbation Theory tools to approach the flexoelectric properties of any material from first principles. The software is being incorporated in a popular open source computation package and will provide the Material Science community fast access to the key flexoelectric material  magnitude, the flexoelectric tensor, which to date has only been possible to obtain for a small number of materials after an arduous computation process.

In parallel, I am continuously active in the research on thermal transport simulations. I combine nonequilibrium Green's functions and Molecular Dynamics calculations on different heterostructured materials, ranging from ferroelectric domain walls to semiconductor nanowires or molecular systems, to devise heat transport functionalities such as thermal switchers, filters or rectifiers with potential applications in the field of phononics.

As a theorist, I have regularly collaborated with experimental groups in joined studies leading to very satisfactory outcomes. These include, the first observation of molecular coupling hybridization in the quantum states of laterally coupled quantum dots or the first demonstration of effective modulation-doping in core-multishell nanowires, which paved the way for high-mobility electronics in a new class of nanomaterials.

Ph.D. in Theoretical and Computational Chemistry (2010)
Universitat Jaume I, Spain

Ph.D. of the year on Basic Sciences (2012)
Universitat Jaume I, Spain