The event also included an awards ceremony for the students who won the prizes to the best secondary school Research Projects (12a edició dels Premis als Treballs de Recerca). Three of these students will come to ICMAB this summer as part of this award to work closely with three of our researchers and see the daily life of a scientist! 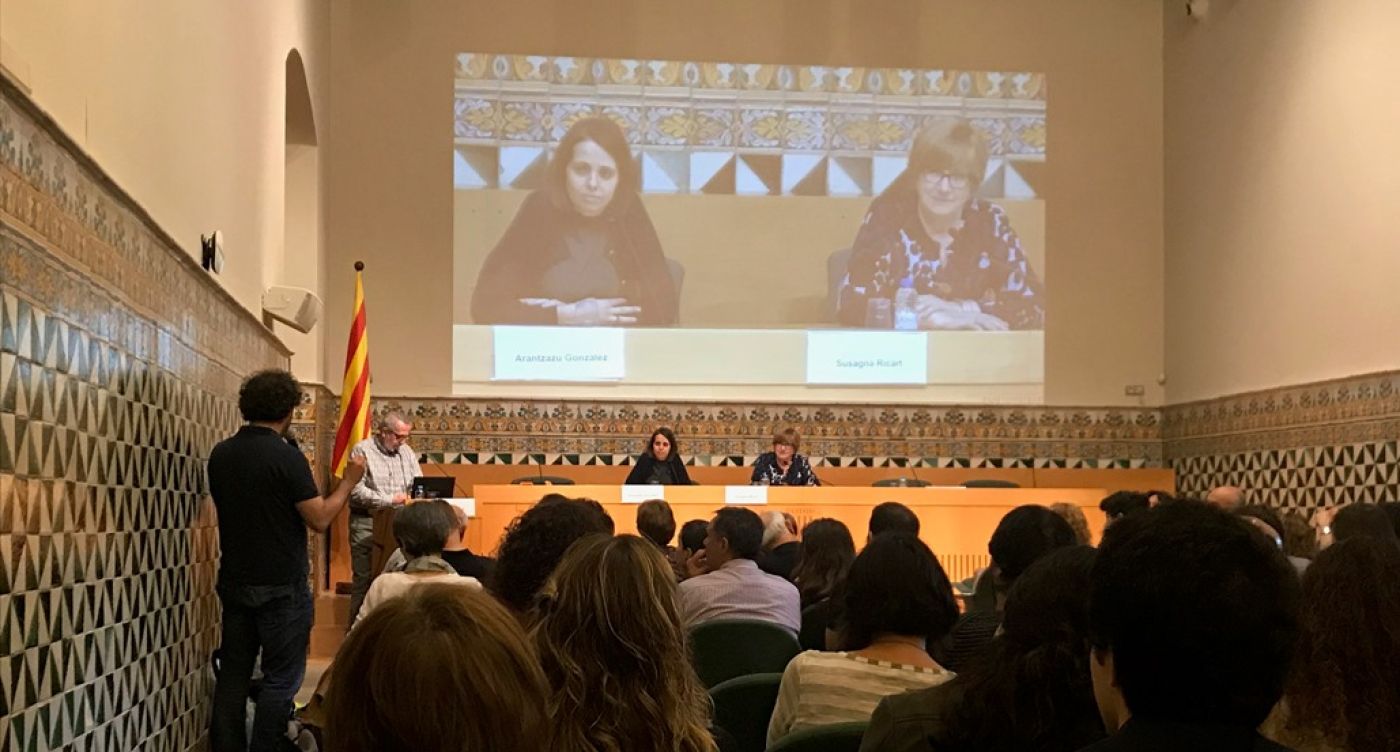 The event, organized by the Societat Catalana de Química, started with a short introduction by Carles Bo, the president of the SCQ, and then was followed by the two presentations of our researchers:

After the two talks, which were very well received by the audience, the two speakers answered some of the questions of the audience. Some of the teachers were very interested in the activity explained by Arántzazu. Moreover, the two researchers encouraged the students to study Chemistry, which is very much needed in Materials Science research. "Chemistry is everything" concluded Susagna.

Congratulations to all the participants, and winners! And thanks to the SCQ for organizing this event and for counting on us!