The 9th European Conference on Boron Chemistry (EuroBoron9) will take place in Barcelona in 2022, and will be organized by ICMAB researchers, Rosario Núñez and Jose Giner. This year, on 24-28 June 2019, the researchers from the Inorganic Materials and Catalysis Lab (LMI) participated in EuroBoron8 in Montpellier, presenting many posters and oral communications.

The European Conferences on Boron Chemistry (EuroBoron) held every three years represents a forum where all aspects of boron chemistry are discussed by scientists, both professionals and students. Previous EuroBoron meetings were successfully held in 1997 at Platja d’Aro (Spain), in 2001 at Dinard (France), in 2004 at Pruhonice (Czech Republic), in 2007 at Bremen (Germany), in 2010 at Edinburgh (UK), in 2013 at Radziejowice (Poland) and in 2016 at Suzdal (Russia).

In 2019 the conference has been in Montpellier (France), and they announced that the next edition, in 2022, will be in Barcelona! Rosario Núñez and Jose Giner, from the Inorganic Materials and Catalysis Lab (LMI)  have some work ahead! 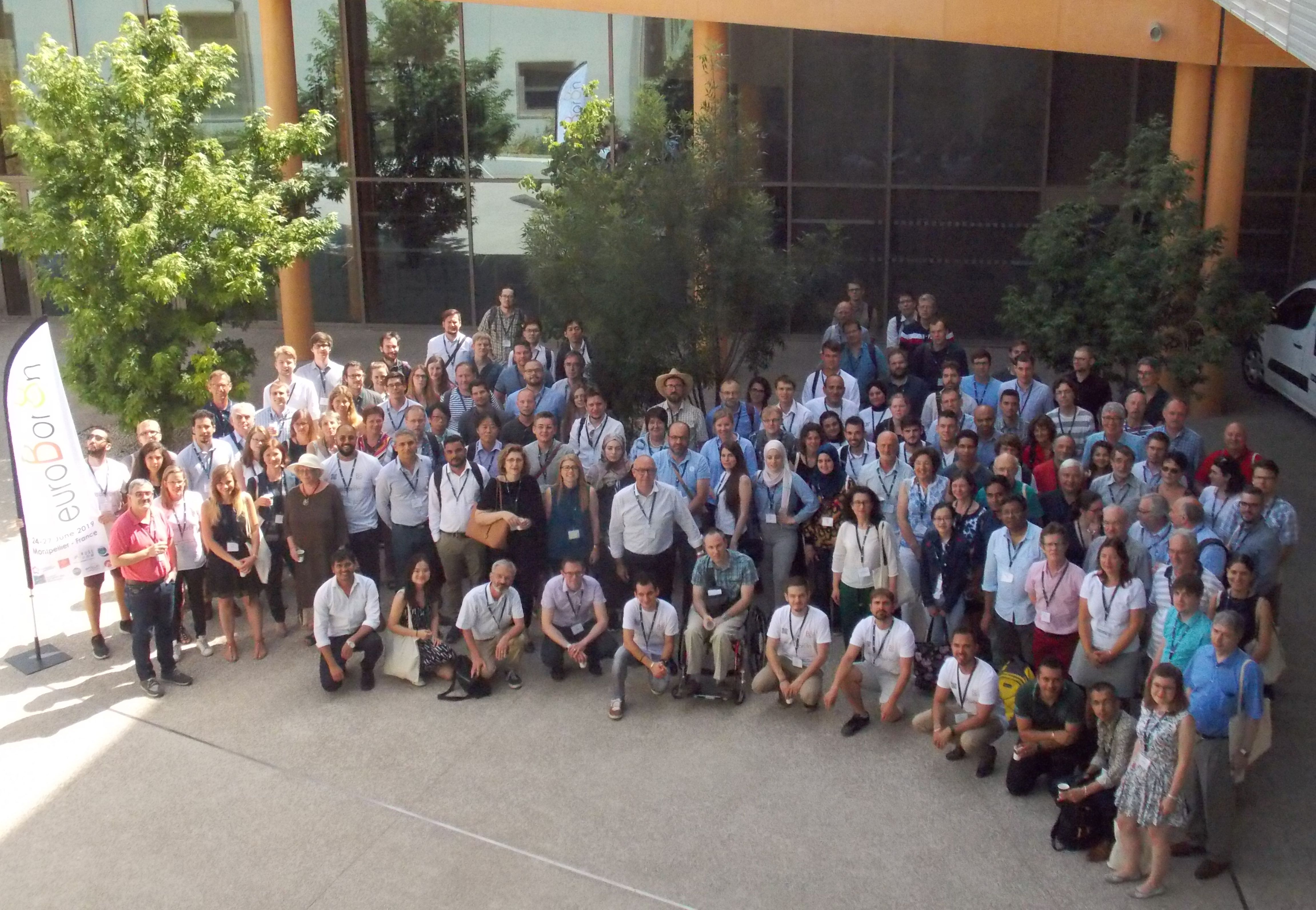 Participants of the EuroBoron8 in Montpellier

In this year's edition, many ICMAB researchers working on boron-based chemistry presented their work: 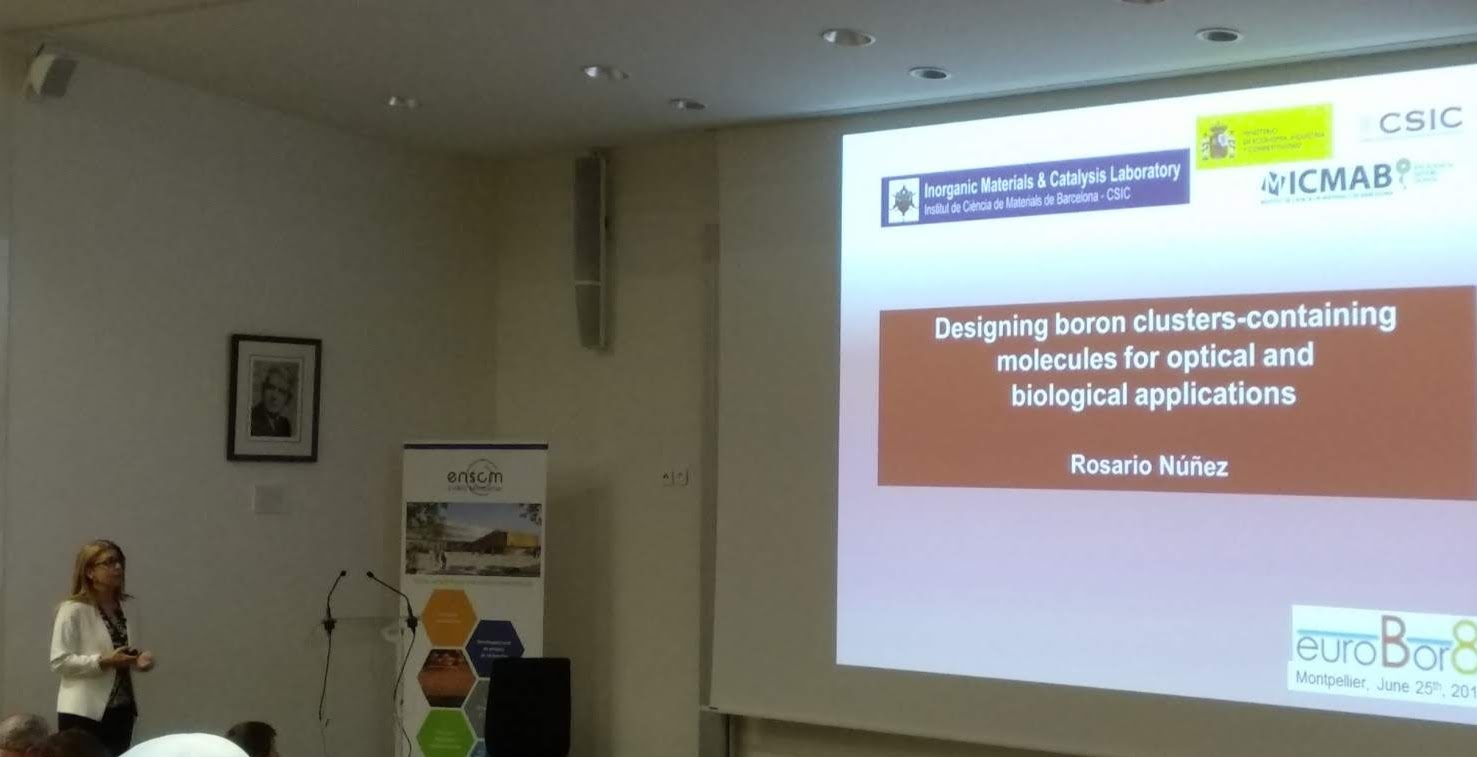 Rosario Núñez during her talk at EuroBoron8