Researchers from the Institute of Materials Science of Barcelona (ICMAB-CSIC) have discovered a water stable metal-organic framework (MOF) that allows for the separation of butanol from acetone-butanol-ethanol (ABE) mixtures that are extracted from the fermentation process of biomass feedstock, as part of the standard industrial process to produce biofuels. This new compound, mCB-MOF-1, shows promising results compared to other methodologies or other MOF materials. The study is published in JACS on 27 April 2020.

“To date, only ZIFs (zeolitic imidazolate frameworks) have been tested towards this application and, based on our findings, carborane-based MOFs, such as mCB-MOF-1, can compete with ZIFs and can even outperform them in the separation of biobutanol” says Dr. José Giner Planas, leader of this study at the ICMAB.

The discovery comes from researchers from the Inorganic Materials & Catalysis Laboratory (LMI) led by Dr José Giner Planas at the ICMAB, who fully synthesized and characterized the MOF, with the support of the XALOC and NCD-SWEET beamlines scientists at the ALBA Synchrotron. They counted with the collaboration of Dr. Kyriakos Stylianou (EPFL Valis, Switzerland and Oregon State University, USA), who tested the material, Prof. Jorge Navarro (Universidad de Granada, Spain), who ran separation experiments and simulations, and Dr. Hongliang Huang (Tiangong University, China), who collaborated in the DFT calculations to explain the observed selectivities.

The experimental process follows state-of-the-art industrial regulation in order to be easily integrated within fermentation reactors, using 40 °C as the operational temperature to generate the ABE mixture, which is nearly 98 wt% water. The process involves the removal of acetone, butanol, and ethanol in their vapor state from the liquid solution in the fermentation reactor by using a sparging gas, and subsequently, through vapor adsorption into a mCB-MOF-1 column, the separation of butanol from acetone and ethanol. In the column, acetone and ethanol are barely retained, and come out first, but butanol is retained through vapor adsorption and released at the very end. The experiments pointed out that 60 °C is the optimal temperature for the sorption in the MOF column:

“At this temperature we observed a significant increase in the elapsed elution times and the concomitant boost to the selectivity and separation, outperforming ZIF-8, until now, the best material for this application” says Dr. Giner Planas. 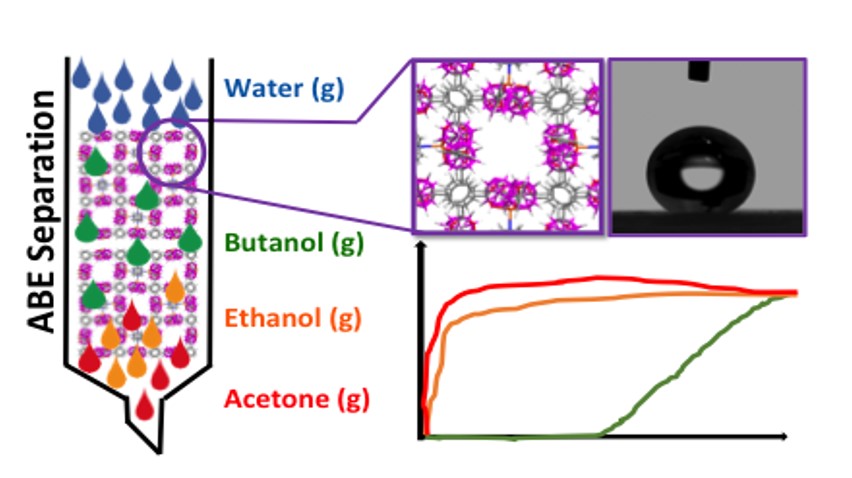 Figure 1:  Column with the mCB-MOF-1 inside. Water does not enter the column, butanol is more retained by the column and exits the column after ethanol and acetone, which exit first.  On the right, we can see the porous of the mCB-MOF-1, the contact angle between a water droplet and the MOF, and the exit concentration of ethanol, acetone and butanol (butanol appears after a certain retention time).

Achieving the butanol purification in a cost-effective manner is a critical way to improve the use of biofuels. In the case of ABE solutions extracted from the fermentation of biomass feedstock, butanol is diluted in a concentration under 2 wt%, and its processing can be prohibitively expensive considering its low yield. This novel MOF can help make this process more viable.

The key factor that makes mCB-MOF-1 the most promising ABE separation material is its higher hydrolytic stability. This property gives it more durability when working with water, especially compared to other MOFs that are being tested. Generally, copper based MOFs have a very low hydrolytic stability, and even humidity can destroy its copper (Cu) elements (Cu(II)-paddle wheel units). However, this novel compound bypasses this problem with the incorporation of hydrophobic icosahedral carborane clusters:

“The carborane moieties in the structure ‘protect’ the copper atoms units from water hydrolysis and make this new MOF, not only stable in liquid water at room temperature, but also at 90 °C for over two months!” adds Dr. Giner Planas.

“Elucidating the crystalline structure and stability of this novel mCB-MOF-1 was crucial for the study and development of this material” says Dr. Eduardo Solano, ALBA beamline scientist. To study it, researchers used single crystal diffraction at the XALOC beamline and Wide Angle X-ray Scattering (WAXS) experiments at the NCD-SWEET beamline, at the ALBA Synchrotron. “Results obtained proved that the crystalline structure is stable up to 300 °C under dynamic vacuum, fact that ensures this MOF applicability”, Dr. Solano adds. 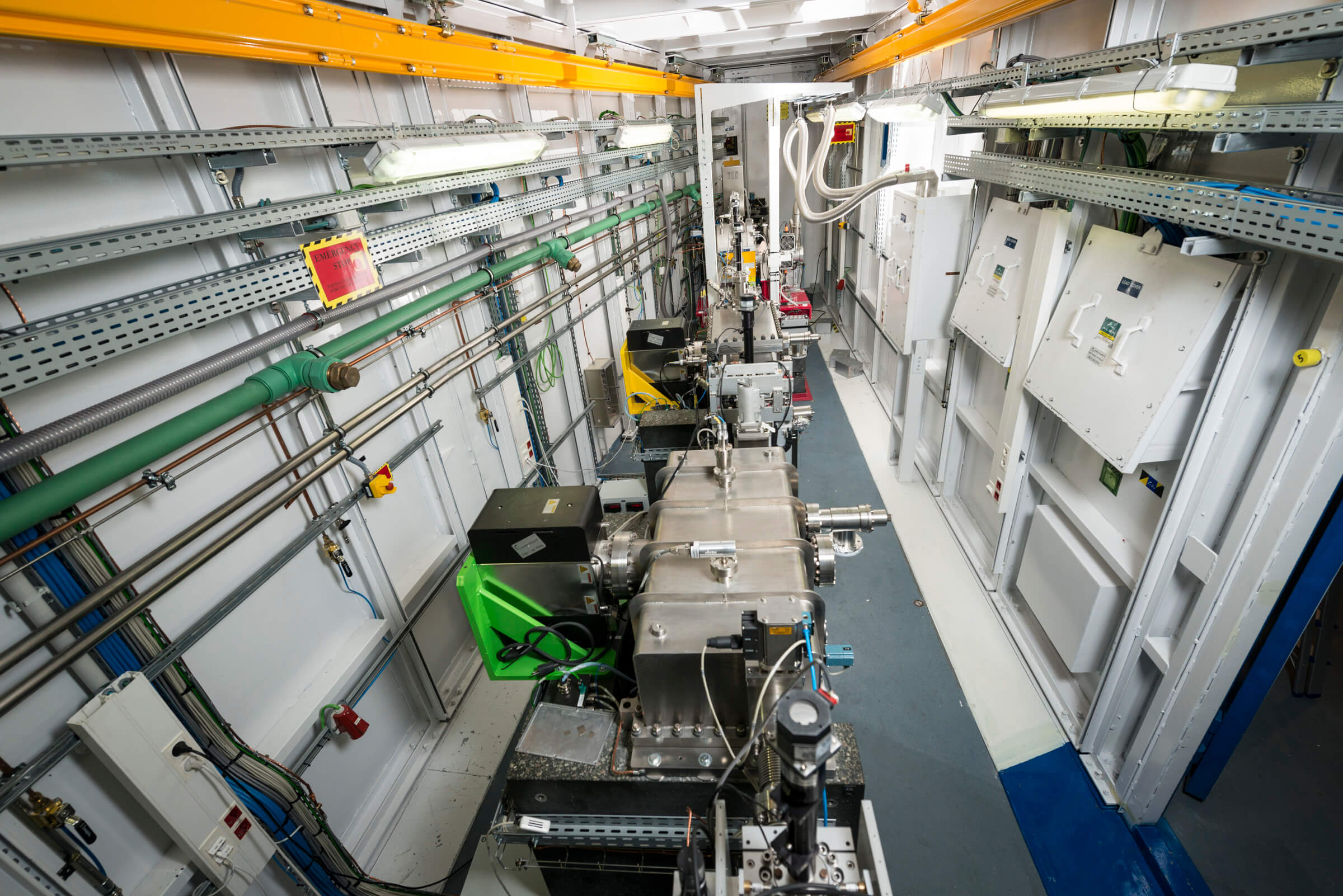 Figure 2: XALOC beamline at ALBA Synchrotron, where some experiments to elucidate the structure of the material were performed.

This innovative compound has a very clear and direct application in the process of creation of sustainable biofuels, particularly biobutanol, which is a recent new competitor to bioethanol and that is actually more efficient, albeit harder to process. Making biobutanol easier to produce through developments like this one turn it into a more viable option, and that represents another step forward in the use of green energies.

The study is related to these other previous publications: